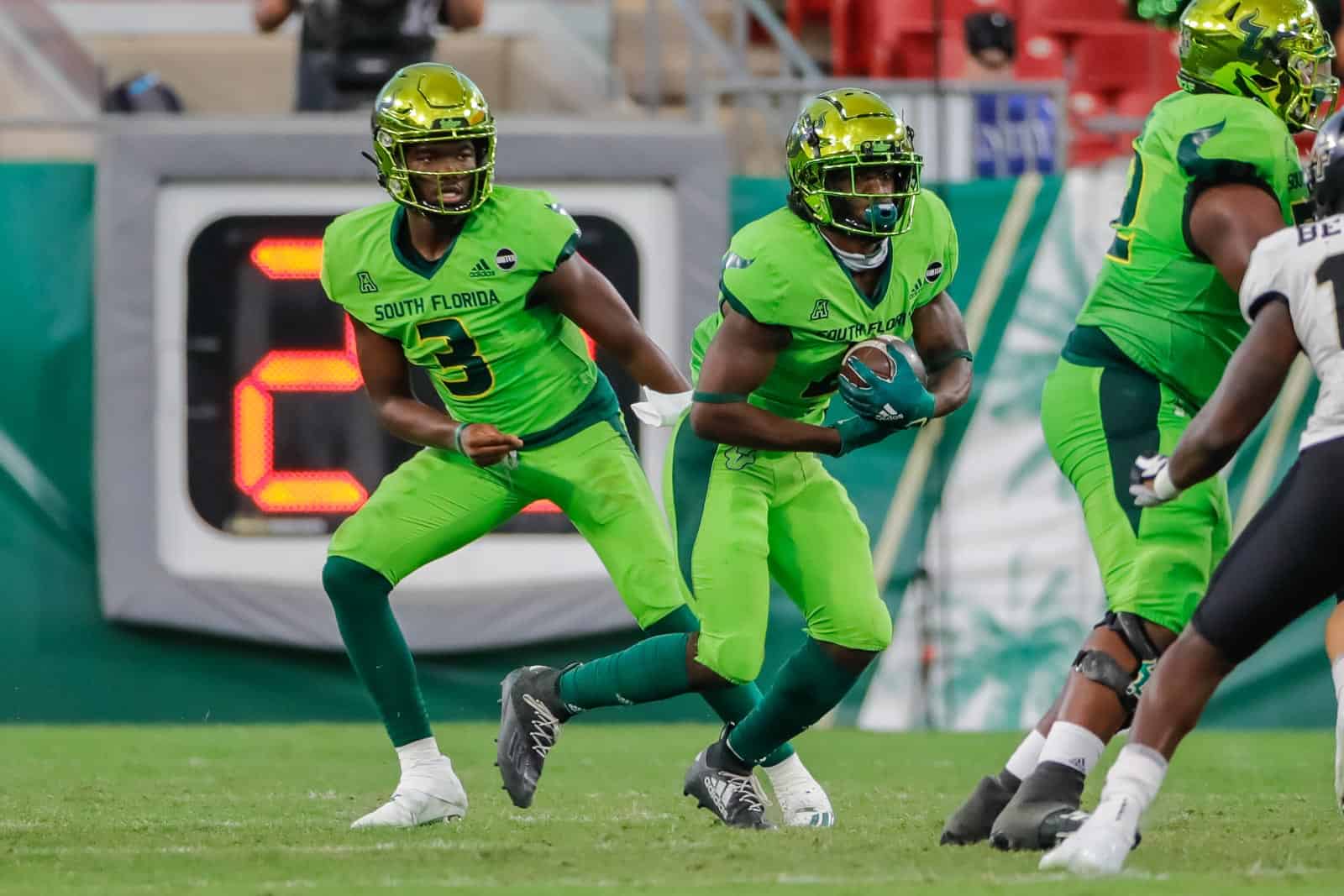 While the programs representing the Group of 5 conferences may not have a clear path to the CFP playoff bracket, they do compete for league titles and bowl appearances. It makes each program’s scheduling choices, which can affect the bottom line of wins/losses, every bit as impactful as that of their counterparts in the Power 5 conferences.

What makes comparing schedule strength among Group of 5 teams easier is that every league follows the same blueprint – eight conference games and four non-conference games. This as opposed to the Power 5 where the Big 12, Big Ten, and Pac-12 employ nine-league game/three non-league game formats while the ACC and SEC use an eight/four scheme.

Given that the non-conference slate is the only component of a schedule that league members (i.e., non-independents) have any control over, it’s where the real discussion of who did and didn’t do what begins.

Beyond that lie the extremes. On one side, it’s the over-achievers – the bold Group of 5 programs who booked more than two (or more than half of their non-league games) against Power opponents while on the other it’s the under-schedulers – those who chose to schedule no such opposition.

It’s a huge swing that deserves to be acknowledged when interpreting results. Where one team – which chose not to schedule a Power foe – might finish 12-0 or 11-1, winning a league crown, finding a coveted spot in a final Top 25 and perhaps a peachy bowl bid, another – which played two or three Power opponents – finishes 9-3 or 8-4 and lands in a small bowl with no mention anywhere else.

Group of 5 teams with ZERO Power opponents in 2021

Air Force opted out of scheduling a Power 5 member as recently as 2018, when it added a home date with FCS Stony Brook and a road trip to Florida Atlantic to its standing dates with Army and Navy. That team finished 5-7.

While it’s not a consistent practice, the Falcons also under-scheduled in 2016 (a 10-3 finish) and 2014 (also a 10-3 mark). It’s no coincidence that the two results tie for the second best finishes in the 14-season Troy Calhoun era.

Marshall failed to book a Power 5 opponent as recently as 2019 when it beat FCS VMI and Ohio and lost to (24) Boise State and Cincinnati on its way to an 8-5 finish.

Before that, you must go back to 2014 to find a Power-free campaign. That team scored non-conference wins at Miami Ohio, vs. FCS Rhode Island, vs. Ohio and at Akron – the first four games in a season that ended with a 13-1 mark, a C-USA title and a win over Northern Illinois in the Boca Raton Bowl. The No. 23 mention in the final AP was the first such accolade since 2002 and the final record the second-best in program history.

As of now, Marshall has a Power opponent booked every season through 2024.

UTEP hasn’t gone without scheduling a Power 5 opponent since 2011 when it won games vs. FCS Stony Brook, vs. Colorado State and at New Mexico State but fell hard at (18) South Florida on its way to a 5-7 finish.

UTEP has a Power foe scheduled annually through 2031.

Wyoming hasn’t failed to book an opponent that’s currently a member of a Power league since 1937 – that’s an 84-year run set to end in 2021. That long-ago season, as members of the Rocky Mountain Conference, the Cowboys played at Fort Warren, at Nevada, at Colorado College, at Colorado State, at Utah State, vs. BYU, at Denver, and vs. Northern Colorado ultimately finishing 3-5.

While Wyoming has at least one Power foe booked from 2022-25, as of now, it will not play such an opponent in 2026 (North Texas, Northern Colorado, at Central Michigan, Louisiana).

Group of 5 teams with THREE Power opponents in 2021

Even though the Golden Flashes only played four total games in 2020, all MAC contests, they had originally scheduled another trio of beasts – at Penn State, at Kentucky, and at Alabama. In fact, the last time Kent State didn’t ink dates with three Power clubs was in 2017 when they “took it easy” with an opening game at (5) Clemson and a roadie at (19) Louisville, part of a 2-10 campaign.

The last time the Golden Flashes played just one Power 5 foe was in 2013. They haven’t failed to book a program that’s currently a Power 5 member since 1997.

Kent State is scheduled to three-peat again next season with roadies at Washington, Oklahoma, and Georgia.

Given that most conferences count independent BYU as a Power-grade opponent, we’re giving USF the nod for over-scheduling. The Bulls booked a similar group of foes as recently as 2019, opening with an ugly loss vs. (19) Wisconsin, losing the following week at Georgia Tech and then edging BYU in October. That team went 4-8, the final season in the three-year Charlie Strong era. USF also played three Power foes in 2015 (losing at No. 11 Florida State and at Maryland but beating Syracuse to finish 8-5) and 2014 (losing vs. Maryland, NC State and at No. 19 Wisconsin to go 4-8). Since moving up to the FBS ranks in 2001, the Bulls have consistently booked at least one Power 5 foe.

I mean teams like Army, Navy and Boise deserve a bit more credit for being scheduled than you’re giving them. Wyoming tho? Yikes

Wyoming was originally going to play at Clemson this year but the deal was worked out by Clemson so they could play Georgia. Wyoming then is the play at UConn. Clemson is still paying Wyoming a guarantee of some sort.

USF plays only 2 Power-5 opponents. BYU is not a Power-5 school.

The reason stated for BYU is in the article.

Those conferences count BYU, along the three service academies, as counting toward fulfilling their conference’s Power-5 ‘scheduling mandates’; not as holding Power-5 membership. While Army plays an independent schedule, Navy and Air Force play AAC and MWC schedules respectively both with are Group of Five conferences. There are only 65 Power-5 schools (all members of the ACC, the Big 12, the Big Ten, the PAC-12, the SEC and Notre Dame).

There’s nothing in the article that says BYU is a Power 5 member, only that they are “Power-grade”, and that’s simply due to the scheduling mandates you referred to.

Baffling this one particular writer’s obsession with labeling has not subsided after multiple years. Any reasonable human being would consider Boise, Central Florida and Cincinnati tougher than Kansas, Arizona and Duke.

I’d give the over/under at 2 minutes into the first date before the author was trying to establish a label for the relationship.

Air Force’s non-MW schedule may not have a Power 5 on it, but aside from Lafayette, its slate is difficult. West Point, Navy and FAU are good and could beat some Power 5 squads.