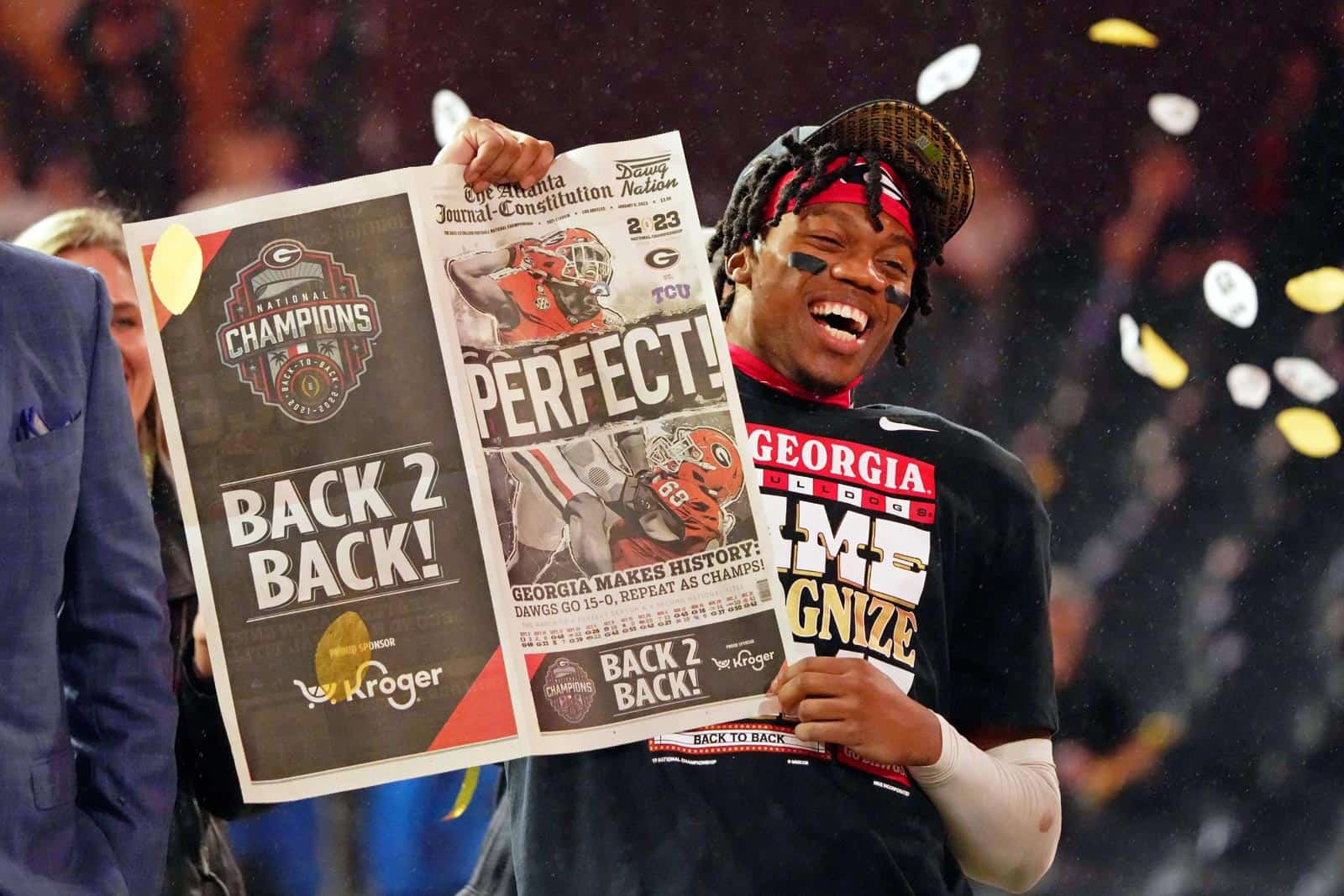 “A lot of grit. A lot of toughness. The word we use around our place is ‘connection,'” UGA head coach Kirby Smart said after the game. “Every one of our guys knows we stay connected, we’re hard to beat.”

Stetson Bennett led the Bulldogs to victory and secured the Most Valuable Player Award for the fourth time in his four College Football Playoff appearances. Bennett completed 18-of-25 passes for 304 yards and four touchdowns. He also scored two additional touchdowns on the ground, and on both he was seemingly untouched.

Kenny McIntosh led a committee of Bulldog rushers on the ground with 50 yards on eight carries. Eight Bulldogs combined to amass 254 rushing yards on 44 attempts. Branson Robinson scored two touchdowns on the ground, while Kendall Milton added one.

Overall, Georgia racked up a total of 589 yards on offense, with 335 yards coming through the air and 254 on the ground.

Georgia’s defense held the Horned Frogs to only 188 total yards and forced three turnovers (one fumble recovery and two interceptions).

“You have to give Georgia a ton of credit, they did a tremendous job of getting their team ready to play,” TCU head coach Sonny Dykes said. “Those guys came out and played exceptionally well, they’ve got a very good football team, really talented.”