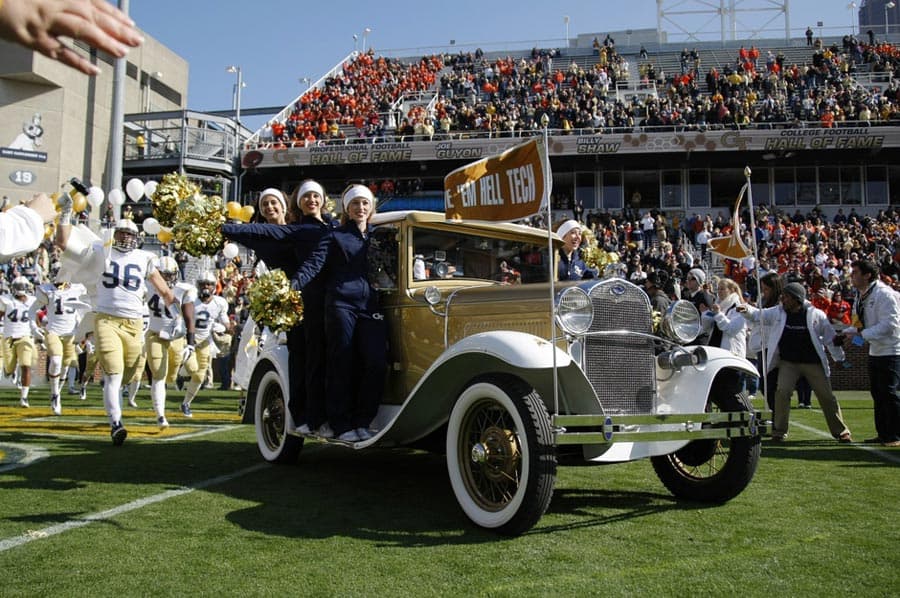 Georgia Tech last opened the college football season against an ACC opponent in 2012 when they traveled to take on Virginia Tech on Labor Day.

A season-opening conference game could be in the works again for the Yellow Jackets in 2016 according to a document obtained by FBSchedules.com via an open records request.

Back in 2013, Georgia Tech announced the addition of the Mercer Bears to their 2016 football schedule. The game was set for Sept. 3, 2016, which would be the season-opener for the two schools.

But earlier this month, Georgia Tech and Mercer finalized a new contract that supersedes and cancels the previous one. Mercer will now visit Bobby Dodd Stadium in Atlanta one week later on Sept. 10, 2016. Mercer will still receive a $300,000 guarantee for the game.

That change leaves the first week of the season open for Georgia Tech and could mean the conference requested the move to set up an opening weekend ACC matchup.

Of those eight schools, three currently do not have a game announced for opening weekend: Boston College, Duke, and Miami.

Georgia Tech also has non-conference games scheduled in 2016 at home against Vanderbilt (Sept. 17) and Georgia Southern (Nov. 19) and a game at Georgia (Nov. 26).

Per a report late last year, Georgia Tech is rumored to be facing Boston College in Ireland to open the 2016 season. That would, of course, explain the move of the Mercer game from Week 1 to Week 2.

Disappointing if this is the case. Was looking forward to possibly making the trip to Boston in 2016.

Just think of Ireland as “Old Boston”? True, Dublin’s a bit more of a drive — ‘you’re gonna need a bigger boat’.
Really though, it’s amusing to see the Atlantic Coast Conference take the Atlantic part of their name seriously. And BC’s stadium isn’t exactly a thrill. It’s too bad BC doesn’t play a game or two down the road at Foxboro. Unlike UMass, they might actually fill Gillette up for a game, particularly if they’d play UConn out-of-conference.

BC did play a game in Foxboro last season, but UMass was technically the home team.

What is the point of these games on Ireland? Seems like a huge travel cost and I don’t see the benefits.