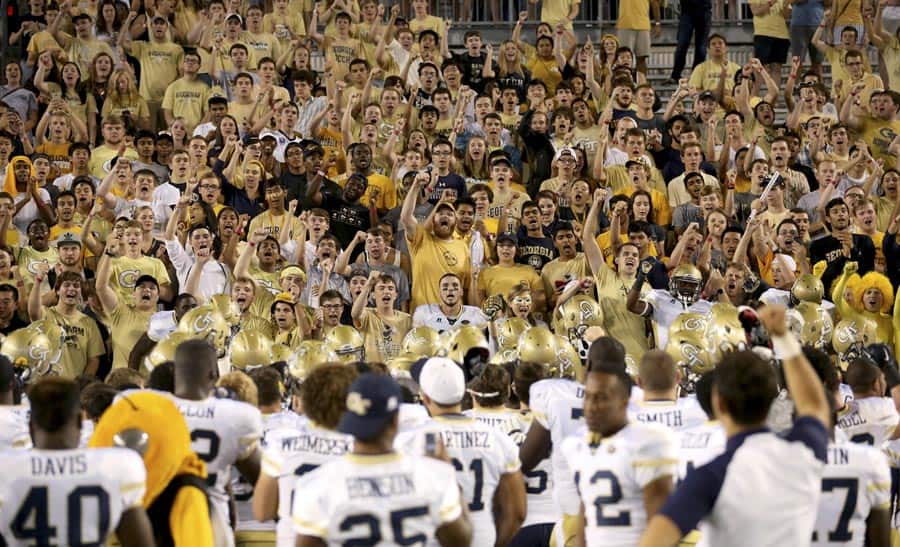 The Georgia Tech Yellow Jackets will host the Jacksonville State Gamecocks in 2017, the AJC has reported.

Jacksonville State, located in Jacksonville, Alabama, is a member of the Ohio Valley Conference in the Football Championship Subdivision (FCS). JSU finished the 2014 season 10-2 overall, 8-0 in conference play, and fell to Sam Houston State in the second round of the FCS Playoffs.

After hosting JSU, Georgia Tech travels to Orlando to take on UCF on Sept. 16. The final non-conference game of the season for the Yellow Jackets is on Nov. 30 at home against arch-rival Georgia.

since Jax State is only a little over an hour from Atlanta this is not so bad. I wish FBS teamswould not play FCS teams but I do like the Auburn/Clemson/South Carolina model of playing in state FCS teams. Tech has the problem of only having Mercer as a Georgia FCS team.

They play in state teams so they can pay them less. Much cheaper to bus then charter.

Georgia Tech out of conf scheduling SUCKS. They play anyone they can who is a pushover POS. Compare schedules with ND and other top.programs. They play real teams. Tech plays cupcakes to bolster their goal of winning six games and going to a meaningless bowl. Makes you proud to be a Yellowjacket, doesn’t it. Now I know why they are called YELLOW jackets.