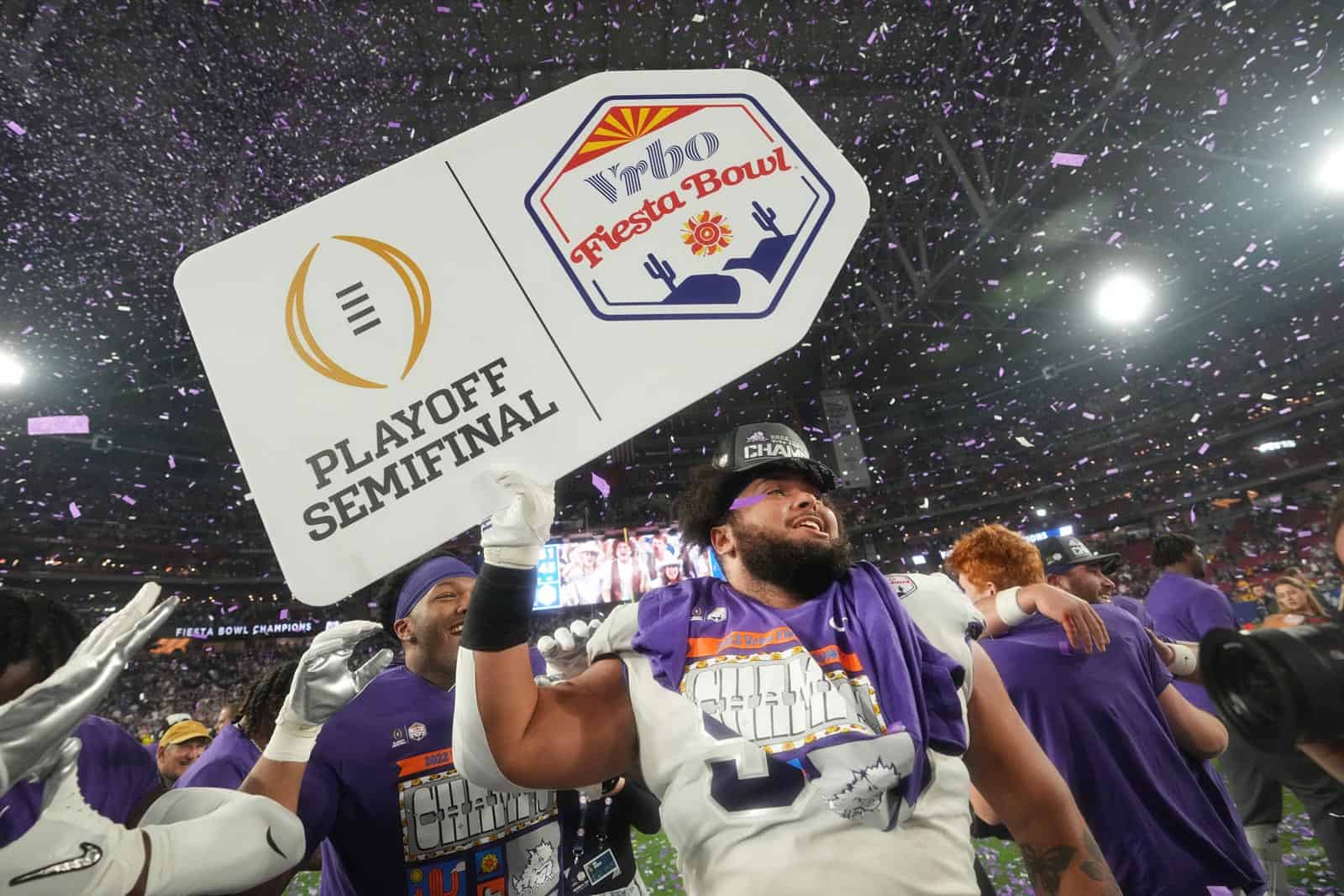 The Georgia Bulldogs and the TCU Horned Frogs will play in the College Football Playoff National Championship for the 2022 season.

TCU, ranked third in the College Football Playoff, survived a high-scoring second-half to defeat the second-ranked Michigan Wolverines 51-45 in the first College Football Playoff Semifinal at the Vrbo Fiesta Bowl at State Farm Stadium in Glendale, Ariz. The Horned Frogs raced out to a 14-0 lead in the first quarter and never trailed in the contest.

Horned Frogs quarterback Max Duggan threw two touchdown passes and also rushed for another two TD’s to lead the Horned Frogs. Running back Emari Demercado rushed 17 times for 150 yards and one touchdown to lead TCU on the ground.

Georgia, the top-ranked team in the College Football Playoff, overcame a fourth-quarter deficit to defeat the fourth-ranked Ohio State Buckeyes 42-41 in the College Football Playoff Semifinal at the Chick-fil-A Peach Bowl at Mercedes-Benz Stadium in Atlanta, Ga. The Bulldogs trailed the Buckeyes 38-24, but scored 18 points to the Buckeyes’ three in the final frame to secure the victory.

On the ground, Georgia’s Kenny McIntosh led all rushers with five carries for 70 yards, and he also caught five passes for 56 yards and a touchdown. UGA running back Daijun Edwards rushed eight times for 58 yards and also caught one pass for nine yards.

In four previous matchups on the gridiron, Georgia is 4-0 against TCU. In their most recent matchup in the 2016 AutoZone Liberty Bowl in Memphis, Tenn., the Bulldogs defeated the Horned Frogs 31-23.

According to BetOnline.ag, Georgia has opened as a 13 point favorite over TCU.