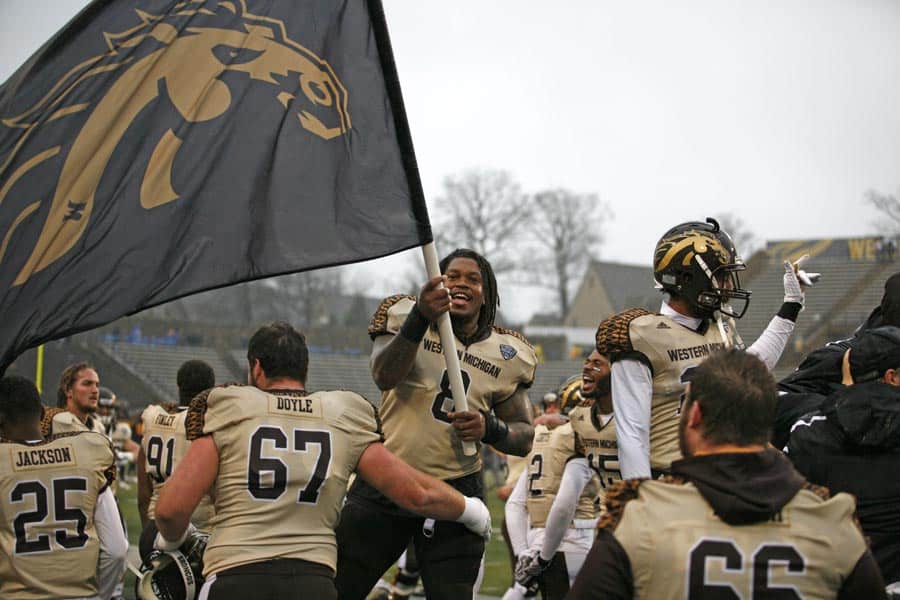 The Georgia State Panthers and the Western Michigan Broncos have scheduled a home-and-home football series for 2018 and 2019, both schools announced today.

In the first game of the series, Georgia State will host Western Michigan in Atlanta on Sept. 22, 2018. The game will mark the first-ever meeting between the two schools on the gridiron.

Western Michigan will host Georgia State in the second and final game of the series on Sept. 14, 2019 at Waldo Stadium in Kalamazoo.

Georgia State has now completed their non-conference football schedule in 2018. In addition to WMU, the Panthers are set to host Kennesaw State (Aug. 30) and travel to NC State (Sept. 8) and Memphis (Sept. 15).

The Panthers are the first announced non-conference opponent for Western Michigan for the 2018 season.

Georgia State also announced today that they have added a home game against the Furman Paladins. The game is set for Sept. 7, 2019. The Panthers were previously scheduled to play at Tennessee that date, but the game will now be played on a different date that season.

WMU needs to get on the ball with their future scheduling, not much out there. When you look at CMU they’ve got at least 2 P5 schools until 2020 (gonna get paaaaaaid in 2017).

will ESPN game-day be there?