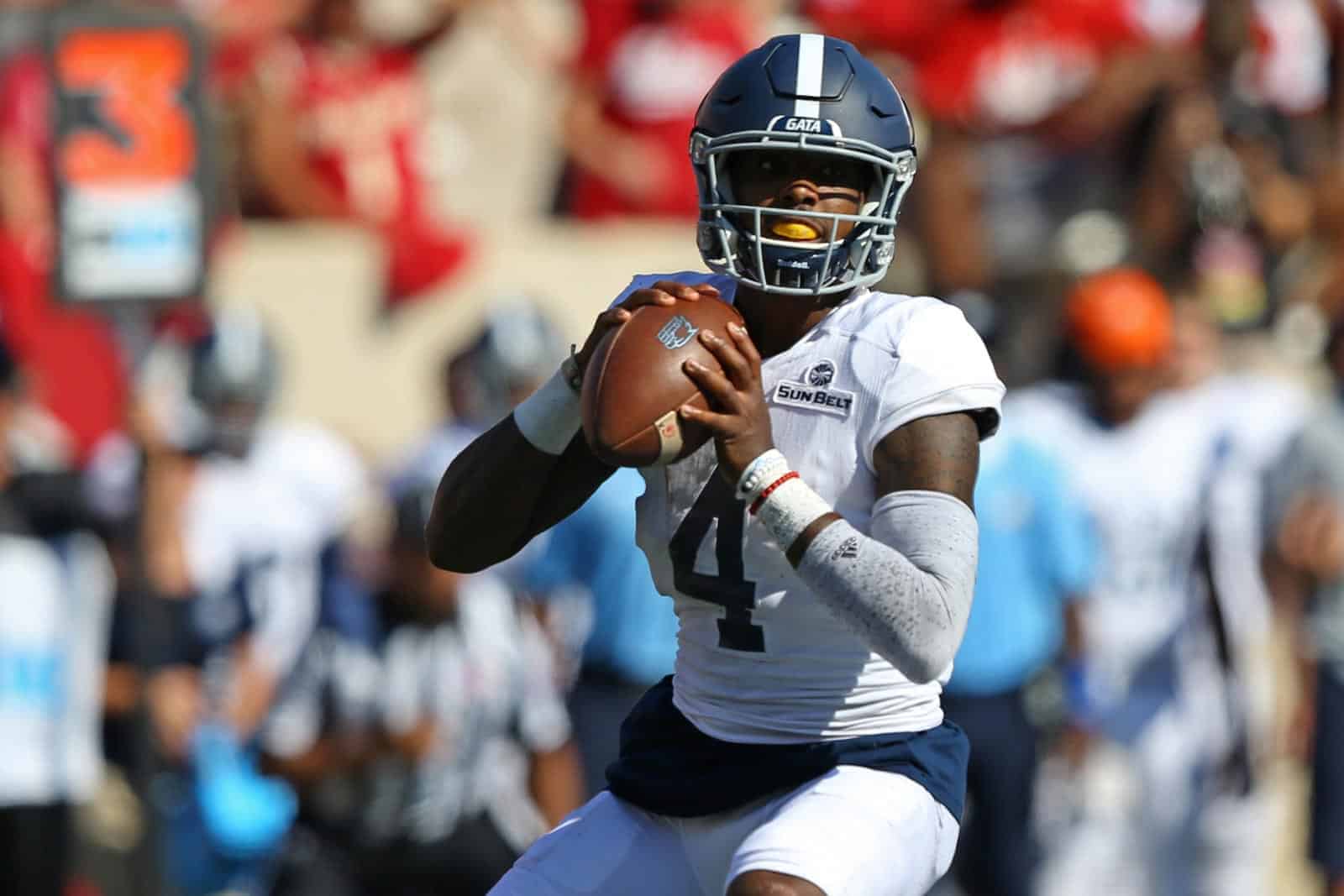 The Georgia Southern Eagles and the Liberty Flames have scheduled a home-and-home football series for 2025 and 2026, both schools have announced.

Georgia Southern and Liberty met three times on the gridiron while both were members of the Football Championship Subdivision (FCS). The Eagles won all three meetings and lead the series 3-0.

Liberty is moving up from the FCS to the Football Bowl Subdivision (FBS) as an Independent beginning with the 2018 season. The Flames will become a full member of the FBS in 2019 and will then be eligible to play in a bowl game.

It makes no sense for the Sun Belt to exclude Liberty as a member but then have half of the conference members schedule Liberty OOC. The Sun Belt has no business playing this paper mill institution and should stick to their decision to not allow Liberty in…scheduling them OOC seems counteractive to that decision. Georgia Southern should know better but from what I’ve read, Liberty is paying top dollar to come to Lynchburg.

I heard it through the grapevine that James Madison is looking to get into the Sun Belt, Liberty would be a good partner for them.

That ship has sailed…Sun Belt won’t extend an invite again to JMU.

Never say never. The SB has 10 football schools and currently has to split up its Alabama schools across football divisions. The 2 Virginia schools joining would remedy that, make for a simpler football schedule format, and they can balance things out in basketball by adding 2 non-football schools on the east coast. Florida Gulf Coast and UNC Asheville are my top picks because they have made multiple NCAA appearances recently. The division format can then be adopted in hoops.

Ok correction, the current makeup of the Sun Belt will not extend an invitation to James Madison or Liberty. A reorganization of the Sun Belt and CUSA is more likely than JMU and Liberty being added.