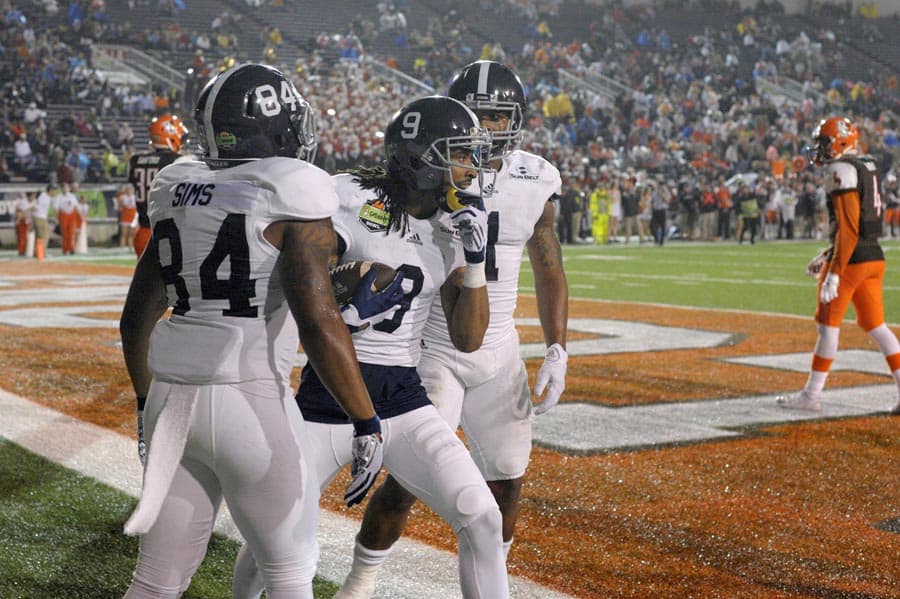 Georgia Southern will host New Hampshire at Paulson Stadium in Statesboro on Sept. 9, 2017. The Eagles and the Wildcats’ first and only meeting came back in 2004 in the first round of the D-IAA playoffs. UNH won that game 27-23 in Statesboro.

The Eagles will host the Presbyterian Blue Hose in Statesboro on Sept. 1, 2018. Georgia Southern won the last meeting 48-14 in 2011 to extend their lead in the series to 3-0.

The addition of New Hampshire and Presbyterian completes Georgia Southern’s non-conference football schedule through the 2018 season.

Looks like the Eagles are setting up double digit win seasons for years to come! Hail Southern! GATA!

They could go undefeated if they scheduled all high school teams! This lines up a great seeding in the FCS playoffs!

Auburn and Clemson are not High Schools Matt butt they will lose both of those and since they are FBS the FCS playoffs don’t mean much for the Eagles. Have you watched college football in the last 2 years?