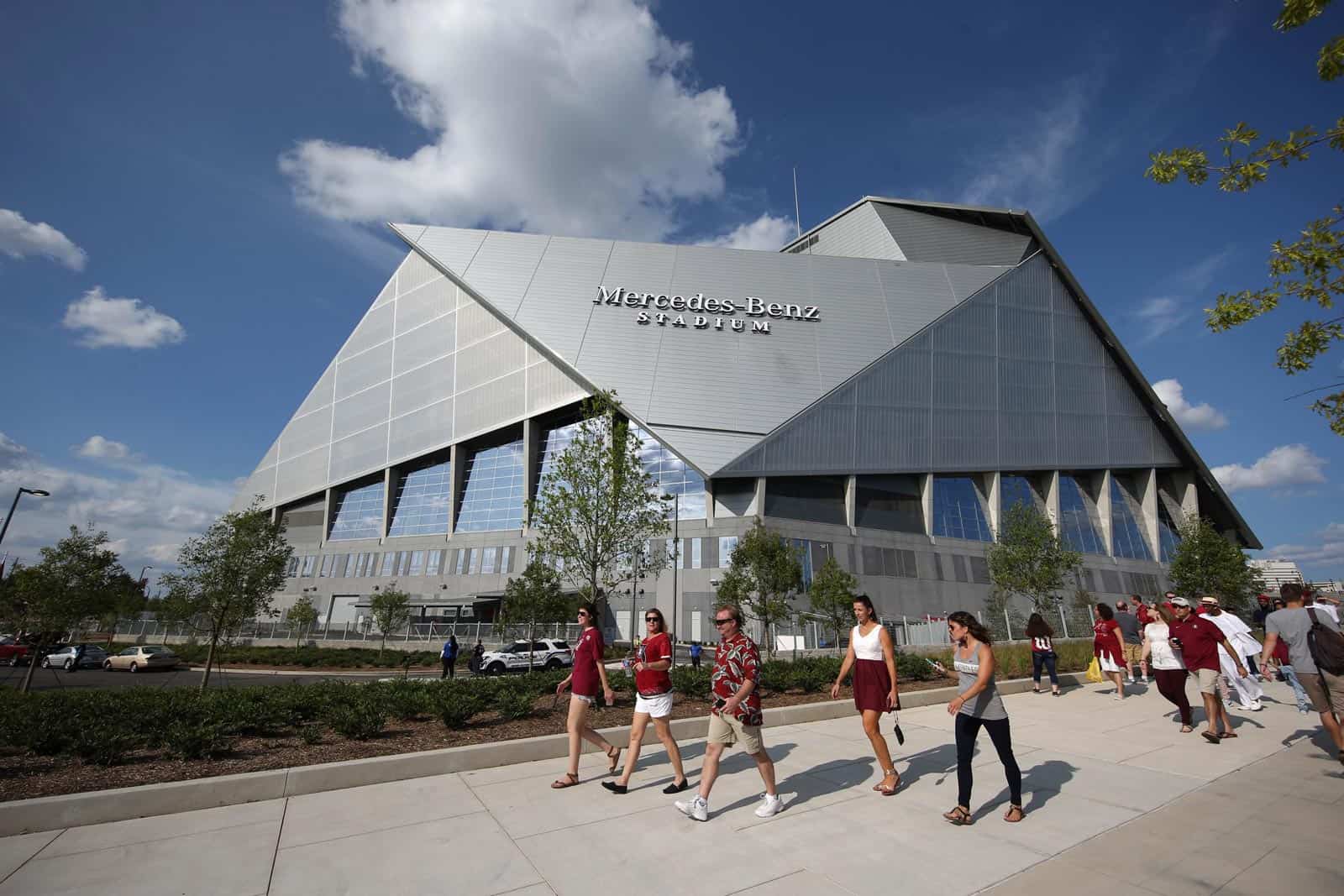 The Georgia Bulldogs and the Oregon Ducks are in discussions to open the 2022 season in Atlanta, according to a report by Dawgs247.

The game would be played in Mercedes-Benz Stadium and would likely be part of the annual Chick-fil-A Kickoff. Possible dates for the game include Saturday, Sept. 3 or Monday, Sept. 5 (Labor Day).

Georgia and Oregon have only met once on the gridiron. The Bulldogs defeated the Ducks 27-16 in that contest in 1977 at Sanford Stadium in Athens.

The two schools were scheduled to meet in a home-and-home series in 2015 and 2016, but the series was later canceled by Georgia shortly after new athletic director Greg McGarity arrived in Athens.

The Georgia Bulldogs have made two appearances in the Chick-fil-A Kickoff. Georgia fell to Boise State 35-21 in 2011 and defeated North Carolina 33-24 in 2016.

Georgia is scheduled to take on the Virginia Cavaliers in the 2020 Chick-fil-A Kickoff on Monday, Sept. 7. Two days prior, North Carolina and Auburn will square off.

If the matchup is finalized, it would be Oregon’s first appearance in the Chick-fil-A Kickoff. The Ducks fell to LSU 40-27 at AT&T Stadium in Arlington, Texas back in 2011 and are scheduled to face Auburn there to open the 2019 season.

Oregon was scheduled to open the 2022 season at home against Eastern Washington. However, we can exclusively report that late last month, a contract amendment was signed that pushed the game against EWU back one week to Saturday, Sept. 10.

It looks like Oregon has cleared a path to open the season against Georgia in 2022.

The SEC has to stop scheduling these cupcakes. Geez.

After Georgia cancels a home-and-home series with Oregon, the Ducks repay the Dawgs by playing a so-called “neutral-site” game in Atlanta? If so, AD Rob Mullens is a sell out. All about placing the Nike brand on TV and nothing about what core Duck fans prefer. (Same with playing Auburn in Arlington). So what’s next? Mullens to sign Oregon up for neutral games with Texas A&M and Kansas St, both which also recently cancelled home-and-home series with Ducks?

Amazing teams in the south do not want to go to the West Coast. Arrogance and elitism to the max. Former Georgia coach Mark Richt after a trip to Arizona said he would never schedule a game on the west coast because it was to hard on the coaches and team to recuperate and prepare for their next game.

You do know that Georgia has a home n home scheduled with UCLA , right?
Also you have teams like Auburn, Ole Miss, Vandy, LSU, Miss St & if you want to count Texas A&M as a southern team, are all headed West as well. Or did I miss something with the arrogance & elitism comment?

Very true. Some people can’t read, so be considered for our buddy stan.

who would you happen to be a fan of lol