Georgia, Florida agree to keep game in Jacksonville through 2023 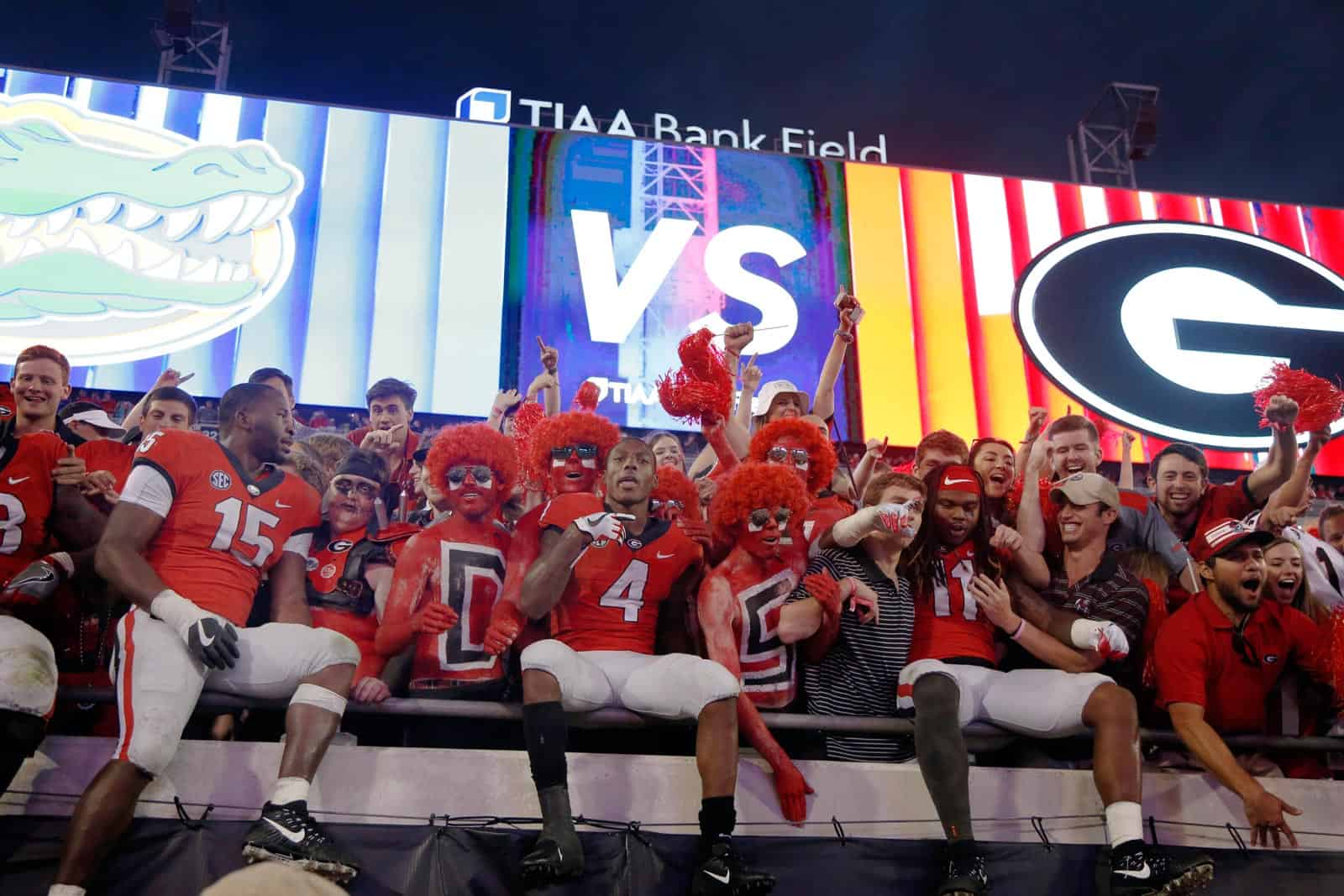 The Georgia Bulldogs and the Florida Gators have completed an agreement to keep their annual football game in Jacksonville, Fla., through the 2023 season, it was announced on Friday.

The agreement includes an option to extend the series in Jacksonville an additional two seasons through 2025.

“We are excited and grateful for our continued partnership with both Universities,” said Jacksonville Mayor Lenny Curry. “Our new agreement further strengthens the Florida-Georgia tradition we have enjoyed here in Jacksonville for more than 80 years. This game is an incredible asset for our city and the best is yet to come.”

According to the Athens Banner-Herald, both schools “…will get additional guarantees worth $3.5 million according to the arrangement.” Georgia will make about $5 million more playing Florida in Jacksonville rather than home-and-home, according to athletic director Greg McGarity has said.

Georgia and Florida have met annually in Jacksonville since 1933, with the exception of 1995 and 1995 when the old Gator Bowl underwent renovations for the NFL’s Jacksonville Jaguars. The stadium, now named TIAA Bank Field, has a seating capacity of 67,814 and is expandable to 82,000.

“We look forward to the continuation of one of the greatest college football traditions in the country – a border states battle between Georgia and Florida,” said UGA J. Reid Parker Director of Athletics, Greg McGarity.” The extension ensures the historical preservation of the game in Jacksonville which has been part of the national college football landscape since 1933. The City of Jacksonville has once again demonstrated its commitment to this game through significant financial considerations to each school.”

Georgia and Florida first met on the gridiron in 1904 and have played a total of 97 contests. The Bulldogs have won two consecutive games in the series and now lead 52-43-2.

“We are excited to continue one of the greatest traditions in all of college football in having the Florida-Georgia game in Jacksonville,” said Florida Athletics Director, Scott Stricklin. “The Florida-Georgia game is more than a football game, it’s a week-long celebration of two storied programs meeting on a neutral field that has created generational memories for both fan bases. We are appreciative of the partnership we have with the City of Jacksonville and Mayor Lenny Curry to extend our agreement.”