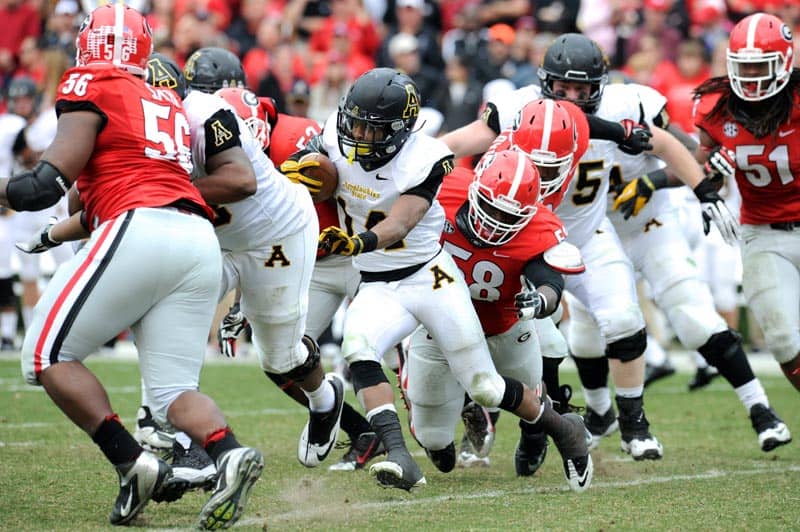 The Georgia Bulldogs have added the Appalachian State Mountaineers to their 2017 football schedule, according to a memorandum of understanding signed by both schools.

Georgia will host Appalachian State at Sanford Stadium in Athens on a date to be determined. The Mountaineers will receive a $1 million guarantee for playing the game.

Appalachian State is in their first season as a member of the Sun Belt Conference in the Football Bowl Subdivision. They are 1-1 this season after falling 52-14 at Michigan and defeating Campbell 66-0.

Georgia now has three of their four non-conference games scheduled for the 2017 season. The Bulldogs are also slated to travel to Notre Dame on Sept. 9 and Georgia Tech on Nov. 25.

SEC games for the Bulldogs in 2017 include Kentucky, Mississippi State, Missouri, and South Carolina at home and Auburn, Tennessee, and Vanderbilt on the road. Georgia will also take on Florida in Jacksonville on Oct. 28.

Appalachian State’s only other non-conference game announced for the 2017 season is a Sept. 16 home date vs. the Akron Zips.