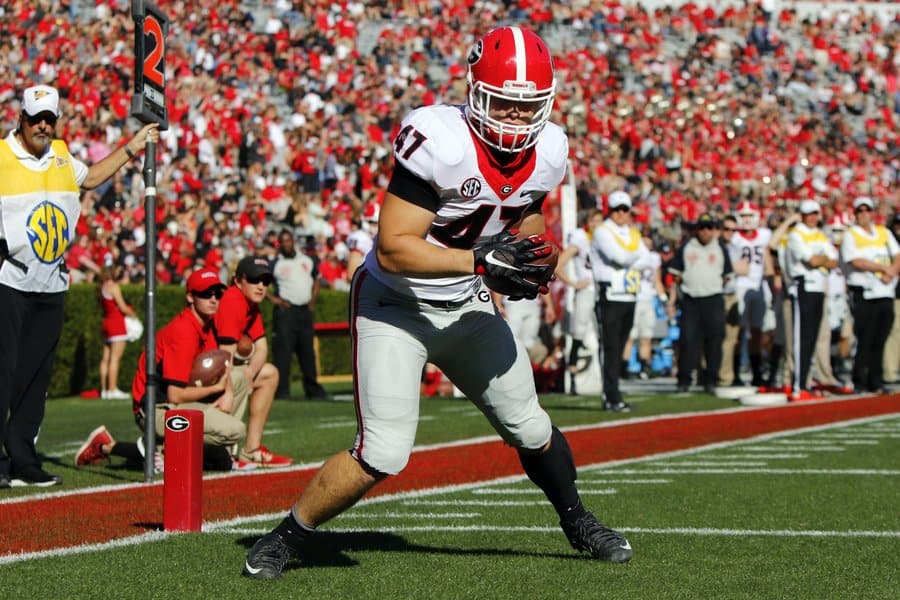 A Freedom of Information Act (FOIA) request submitted by the Atlanta Journal-Constitution and included in Dawgnation’s report states that the Racers will be paid $500,000 for the contest.

The schools have never played on the gridiron.

This is the Bulldogs’ fourth scheduled game for 2018. The annual Florida-Georgia contest will take place on October 27, with games against UMass and Georgia Tech scheduled for November 17 and 24, respectively.

Sounds like to me the scheduling plan is the annual game with Tech, another Power 5 opponent. and two “money games,” with one of those continuing to be the week before Thanksgiving rivals like the SEC has done in the past few years. With one spot open in 2018, which would appear to be the first week of the season, I wonder if that opens up for a neutral site kickoff game or the first part of a home and home that I would presume to take place in 2018 and 2020 or 2021. (Personally, I would like to see us play Clemson again and maybe a regional team like FSU in non-conference, however, 2018 does not look like a year where that could happen.)

I agree with scheduling two money games and two power 5 schools each year.

I’m still stunned that Georgia is playing on the road at Georgia Tech *and* Notre Dame in the same year. Most P5 teams want 7 home games–for one to play two true road OOC games in a year is a real rarity, and I’m not sure why the South Bend game isn’t in 2018. Not a complaint–I’m neutral on Georgia–just an observation.

Someone is REALLY making cupcakes.

Sorry, Jinzo & Rich. I am not a fan of SEC scheduling at all (3 money games, with one before the season finale, and very few schools scheduling Home and Home’s until the SEC mandated at least one Power 5 School last season)…….

But Georgia has consistently scheduled 2 Power 5 OOC games a year and mostly those have been Home and Home’s.

8 out of 10 seasons they played 2 power Conference foes

UGA is the only SEC team which has been scheduling two OOC games with P5 teams. It will be interesting to see if that changes with the new HC.

In 2017 Florida will also have a second OOC game with a P5 team,

I do hope the play off committee will start making an issue of teams playing less than10 regular season games with P5 teams.

anti-SEC haters still have nothing to do. All they can do is write about is the OOC schedule.
Yet the SEC tears up the top teams when it comes to bowl games.
You guys must teach your children to run before they crawl.