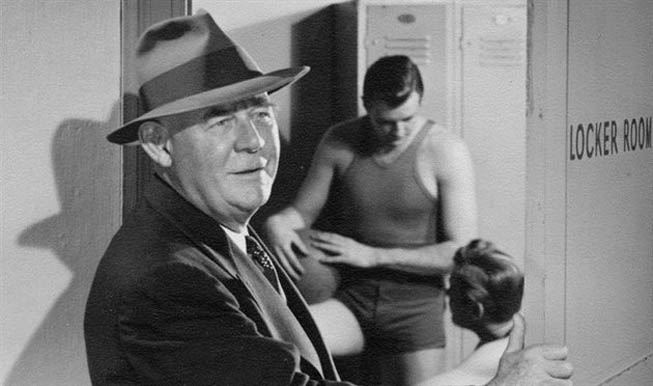 The Football Writers Association of America (FWAA) and the National Football Foundation (NFF) have announced the formation of a new college football poll beginning with the 2014 season.

The poll is officially named the “FWAA-NFF Grantland Rice Super 16” and is named after the early 20th century sportswriter Grantland Rice. It’s likely that most writers and fans will refer to the poll simply as the “Super 16” poll.

“We are proud to partner with the FWAA on the launch of the Grantland Rice Super 16 poll,” said NFF President & CEO Steve Hatchell. “Objectivity represents a core value for both our organizations, and we hope that by combining the credibility of both our organizations that we’ll provide a fun reference point for fans to follow during the college football season.”

A total of 36 voters will rank the top 16 teams in the Football Bowl Subdivision each week. The poll will be released each Sunday with the final release this season set for Dec. 7.

Making up the panel of voters will be 26 members from the FWAA and 10 from the NFF. According to the release, the voters will be “current or past writers of national stature” and “will be selected to ensure balanced-geographical representation.”

“We are extremely excited to announce this first poll in conjunction with the National Football Foundation at a time when major college football is ushering in a new era,” said 2014 FWAA President Kirk Bohls. “I can’t think of a better partner in jointly producing the ‘Grantland Rice Super 16’ poll of the best teams in the nation.

“Our poll will include distinguished past presidents of the FWAA as well as outstanding NFF Hall of Famers who have given so much to the game we all love and who hope to bring more insight to college football and enjoyment of this fine game. We feel we can provide a very valuable poll of some of the best-credentialed voters and most knowledgeable, objective college football minds around.”

The “Super 16” poll will join three other polls in 2014 — AP Poll, Amway Coaches Poll, and Harris Poll. In addition, the computer gurus such as Jeff Sagarin will surely continue to release their own rankings.

But with the College Football Playoff beginning next season, the polls will merely serve as a reference for the Selection Committee. The committee will release their own rankings four times every other week and they will have “flexibility to examine whatever data they believe is relevant to inform their decisions.”

Wouldn’t a poll of the Group of 5 (non-power) conferences make more sense? We have a new division of college football coming, why not look at the top ten in the American, Mt. West, C-USA, MAC, and the Sun Belt?

The power conferences will never split from the group of 5. If they did they would lose all of their basketball money. Group of 5 schools will not play them if they leave the NCAA or start their new division.

I see lots of mistakes from your comment Jeremy. First, the power five will break into a Division IV, Second, Alabama of all schools will not lose their money if they DO NOT break into a new division, and Last, They will still play them if they break off. What do you think of the Super 16 poll

I’ve always respected the FWAA. Back in the fifties and early sixties, they were the only group to select the National Champion AFTER the bowl games. In 1960, they righted an injustice done to Ole Miss, the only undefeated team in the country, only to be ranked behind one- loss Minnesota. The Gophers lost their second game of the year in the Rose Bowl to Washington 17-7. The Rebels topped Rice 14-6 in the Sugar Bowl to finish 10-0-1. The AP and UPI still recognized two-loss Minnesota as their No. 1 team. Luckily and fortunately, the FWAA was around and awarded — and rightfully so — the GRANTLAND RICE AWARD – symbolic of the nation’s No. 1 team. And the FWAA also did a similar thing in 1964, awarding a deserving Arkansas team the national title following the bowl season.