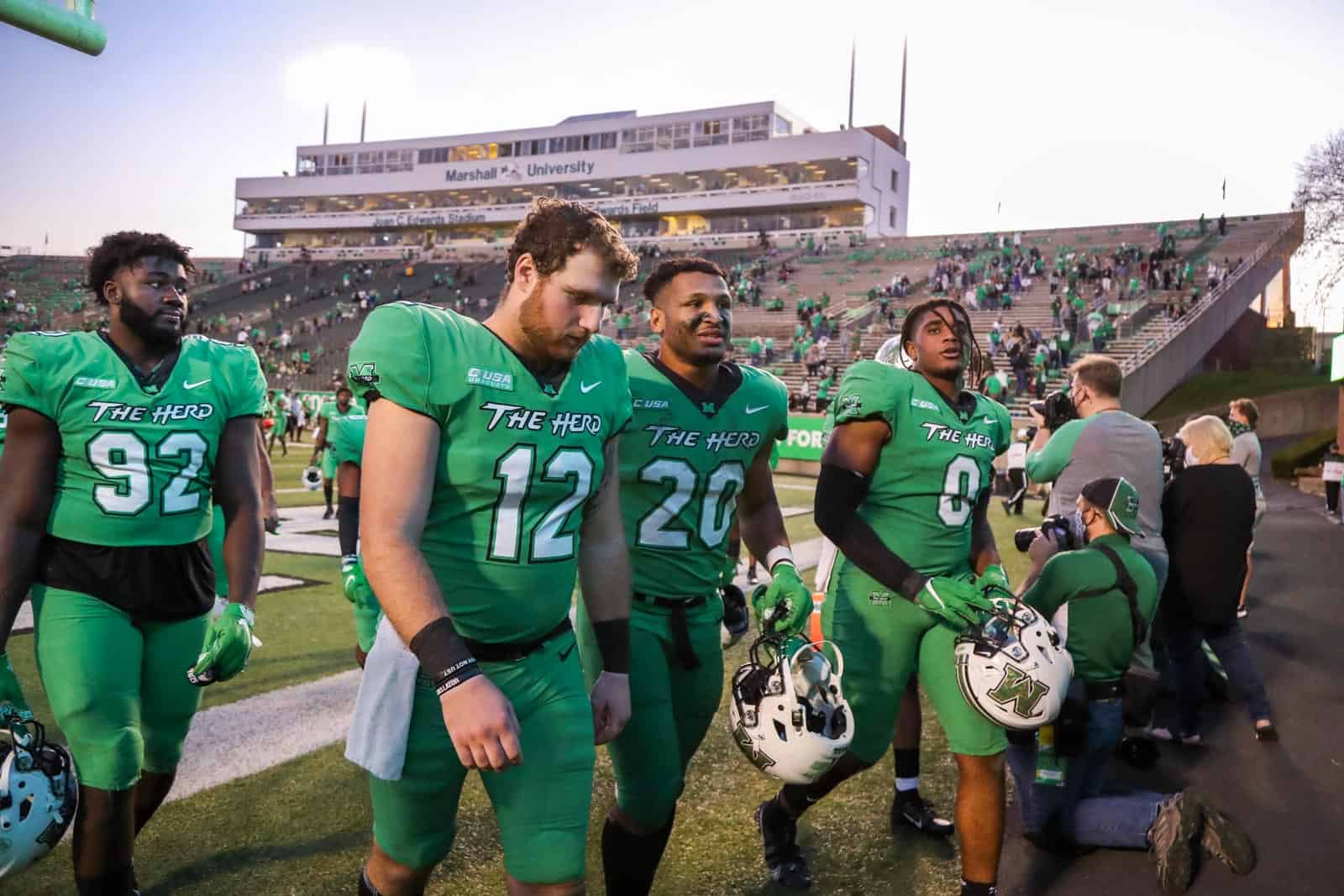 The Charlotte 49ers at Marshall Thundering Herd football game has been canceled due to COVID-19, it was announced on Wednesday.

The two schools were scheduled to meet at Joan C. Edwards Stadium in Huntington, W.Va., on Friday, Dec. 11. The game was canceled due to “…a lack of available Thundering Herd scholarship student-athletes at key positions. This shortage has been exacerbated by a small number of COVID-19 issues.”

The Charlotte-Marshall game, which had been postponed previously, will not be rescheduled.

“Due to the developments this week, myself and our medical team felt that it was unsafe to put the team on the field Friday evening,” said Marshall Director of Athletics Mike Hamrick. “I’d like to thank Charlotte AD Mike Hill and the 49ers’ administration for their patience and understanding. I also want to thank the Conference USA office for its support and guidance as we worked through this process.”

Marshall is 7-1 overall and 4-1 in Conference USA action this season. The Thundering Herd are tied atop the East Division standings with the Florida Atlantic Owls and they have a tiebreaker advantage due to defeating the Owls earlier this season.

FAU cannot go to championship game as CUSA considers (in 2020) two teams with the same number of losses and only one win apart to be tied. Since Marshall owns the tiebreaker, they guaranteed themselves a spot in the championship game by canceling their game with Charlotte.