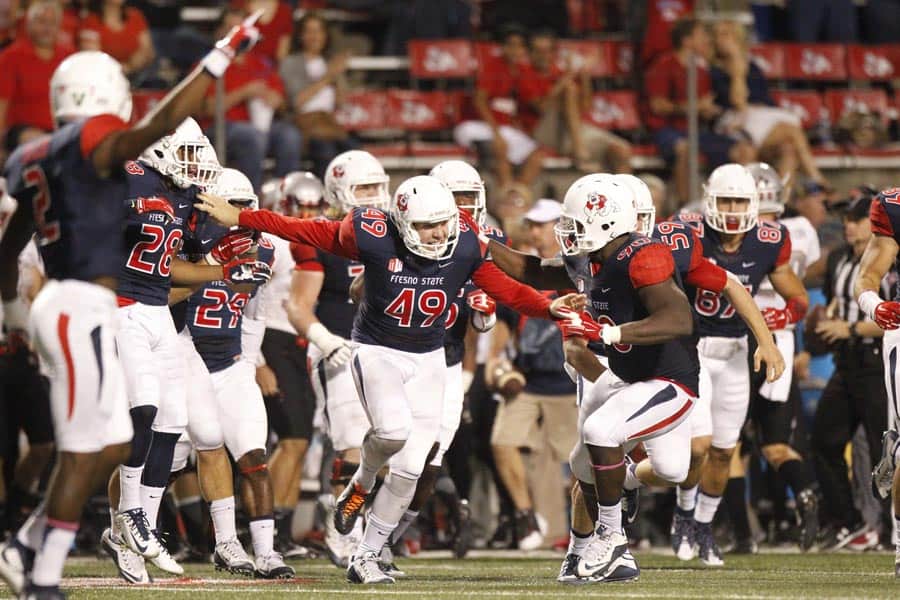 The Fresno State Bulldogs will host the Sacramento State Hornets in 2019 and 2022, the school announced on Thursday.

The two games are slated for Sept. 21, 2019 and Sept. 3, 2022 at Bulldog Stadium in Fresno, California. Fresno State also squares off against the Hornets this season on Sept. 10, which will be the first-ever meeting between the two schools.

Sacramento State is a member of the Big Sky Conference in the Football Championship Subdivision (FCS). Last season, the Hornets finished 2-9 overall and 1-7 in conference play.

The addition of two games against Sacramento State gives Fresno State three non-conference games in 2019 and two in 2022. The Bulldogs open the 2019 season at USC on Aug. 31 and then host Minnesota on Sept. 7.

In 2022, Fresno State is again scheduled to visit USC, this time in week three of the season on Sept. 17.

Fresno State also announced on Thursday that their previously scheduled game at Colorado in 2019 has been pushed back one season and will now be played on Sept. 12, 2020.