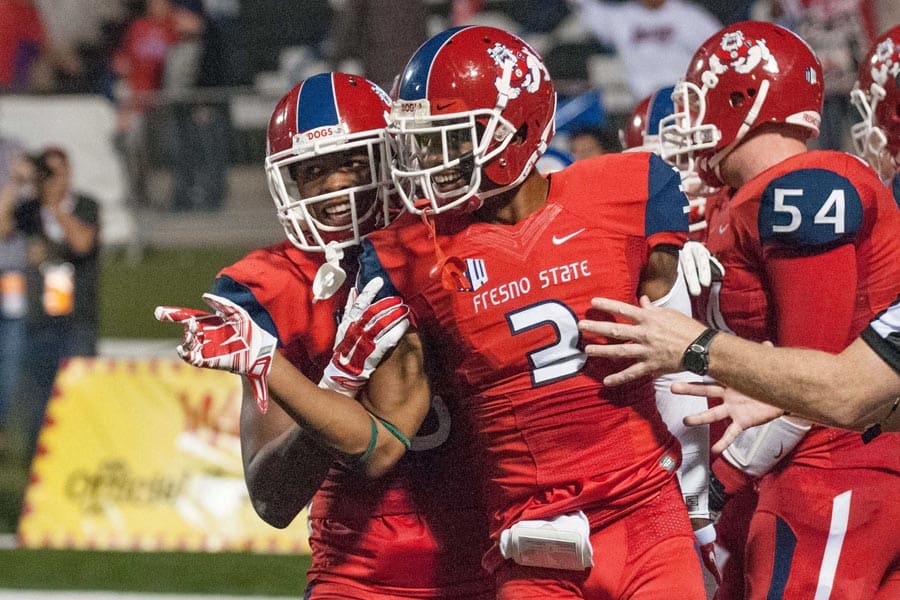 Fresno State will travel to take on Alabama at Bryant-Denny Stadium in Tuscaloosa on Sept. 9, 2017. The game will be the first meeting between the two schools.

The Bulldogs will begin a home-and-home series with the Minnesota Golden Gophers at TCF Bank Stadium in Minneapolis on Sept. 8, 2018. Fresno State will then host Minnesota at Bulldog Stadium the following season on Sept. 7, 2019.

Fresno State and Minnesota will be meeting on the gridiron for the first time when they square off in 2018.

The Bulldogs have also added a future game at the UCLA Bruins. The two will meet at the Rose Bowl in Pasadena on Sept. 18, 2021.

“These games reflect our future scheduling philosophy as we look to find consistency over a 10-year period where we can create opportunities to bring in necessary income for the athletic department while also being able to showcase Fresno State football across the country,” Bartko said. “We will always look to balance our schedules with a mix of big-time opponents coming into Bulldog Stadium for the Red Wave to see.”

Did Fresno State already play a game at BYU? I’m only asking because I see that BYU is playing at Fresno State in 2017, but I don’t recall Fresno State playing in Provo in recent memory.

Scratch that. Fresno State is playing at BYU this November.

I’m surprised Fresno isn’t getting a home game against UCLA. For UCLA, their fans could travel to a road game against a quality opponent. Plus, Fresno has a history of hosting big-name teams.

Look at that 2017 OOC schedule. Yes, one FCS, but @ ‘Bama, @ Washington, then home for BYU. That is scheduling up. Nice schedule Fresno.

Fresno could be the first team ever to beat Incarnate Word in Alabama in back to back weeks. They probably won’t; but they could..

Would be interesting to see how many West LA types would travel to Fresno for a game. Those that did probably wouldn’t admit it to their friends!

I went down to watch Fresno State play UCLA back in ’08 at the Rose Bowl. Fresno beat them and there was a nasty heat wave that day. People were passing out from the heat. So the Bulldogs have played there.

That is so true because playing in that dumpy cement box they call a stadium is no great thrill. The rose bowl is second to none.

Will there be a travel package available for the Alabama game?

You’ll have to check with the school on that.