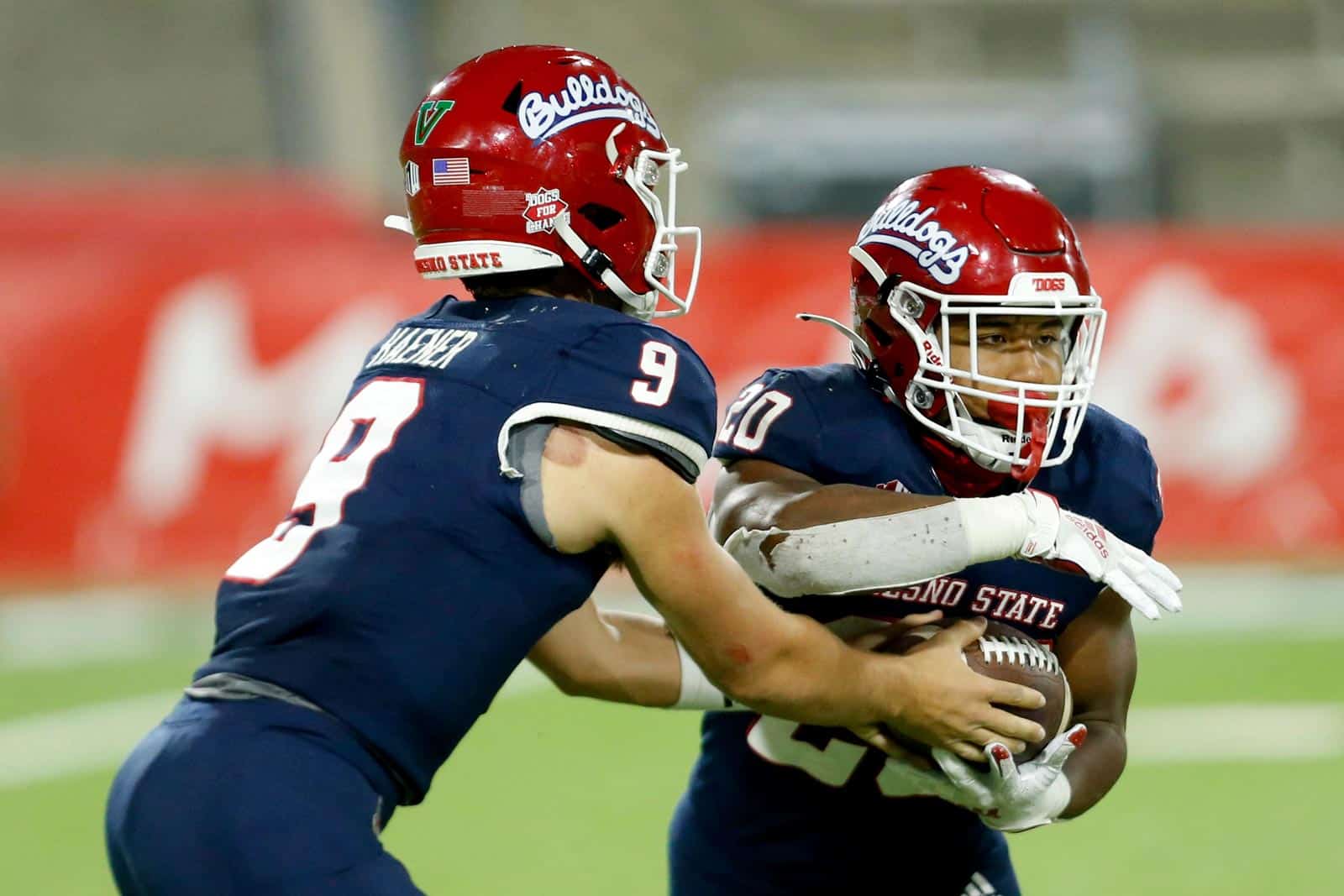 The Fresno State Bulldogs have added the BYU Cougars and the Eastern Washington Eagles to their 2023 football schedule, the school announced on Tuesday.

Fresno State was previously scheduled to host the BYU Cougars at Bulldog Stadium in Fresno, Calif., on Nov. 8, 2025. The game has been moved up two seasons and the Bulldogs will now host the Cougars on Oct. 7, 2023.

Fresno State and BYU first met on the gridiron in 1956 and have played 11 contests overall. The Bulldogs won the most recent matchup in 2017 in Fresno, 20-13, to take a one-game advantage in the series at 6-5.

The Bulldogs are scheduled to return the trip to take on the Cougars at LaVell Edwards Stadium in Provo, Utah, on Oct. 9, 2027, which was previously announced.

The Eastern Washington Eagles will travel to take on the Fresno State Bulldogs on Sept. 9, 2023. The game will mark the first-ever meeting between the two schools on the gridiron.

Eastern Washington is a member of the Big Sky Conference in the Football Championship Subdivision (FCS). The Eagles are scheduled to open their Spring football schedule on Saturday, Feb. 27, 2021 at the Portland State Vikings.

With the additions of BYU and Eastern Washington, Fresno State has completed their 2023 non-conference football schedule. The Bulldogs are also scheduled to visit Purdue on Sept. 2 and Arizona State on Sept. 16 that season.