The four longest homestands in college football in 2017 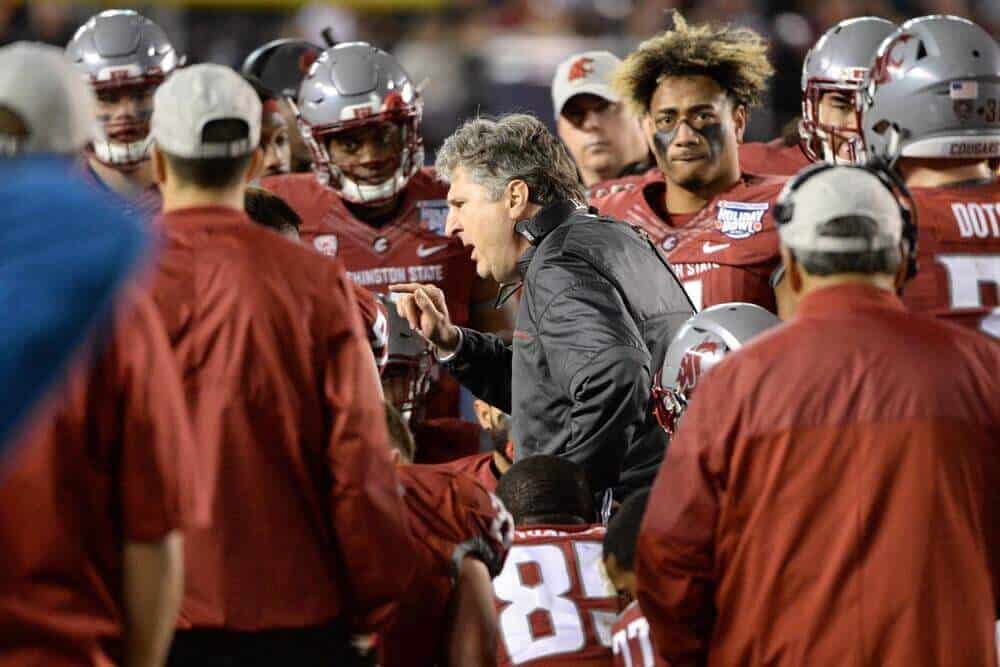 Two weeks ago we established that over the last decade FBS programs are 20% more likely to win at home than away.

Home games mean sleeping in your own bed, driving across town rather than flying across several states and – if you just so happen to be a college student – attending class on a regular basis.

Extend this over several weeks and you get the idea – it’s a big deal.

The Spartans kick-off the 2017 season with four-consecutive home games. Add in a bye during Week 3 (Sept. 16th), and it’s five weeks straight in East Lansing.

It also means that they don’t leave town until October –  a Week 6 visit to play Michigan in Ann Arbor. The first time they’ll venture outside of their home state is Oct. 14 at Minnesota.

It’s the longest home stand in the Big Ten. The only members that come close are Ohio State, Penn State and Rutgers – all with three consecutive home games scheduled for 2017.

Michigan State drew a four-game homestand as recently as 2015, when it opened-up at Western Michigan and then played (7) Oregon, Air Force, Central Michigan and Purdue in Spartan Stadium. That team finished 12-2, won the Big Ten and fell to (2) Alabama in the CFB Playoff semifinal.

Like Michigan State, Mizzou opens-up the season with four-straight home games. The Tigers also get a bye week before traveling, only it comes in Week 5, after the home stretch as opposed to during it.

Missouri kicks off 2017 with a visit from Missouri State, then welcomes South Carolina, Purdue, and Auburn in succession. After the week off they’ll finally leave their home state on Oct. 7 to play Kentucky in Lexington.

Mizzou hasn’t enjoyed such a run since 2010, when it opened vs. Illinois in St. Louis and then welcomed McNeese State, San Diego State, Miami (Ohio), and Colorado to Faurot Field. That squad went 10-3 and finished ranked No. 18 in the final AP. It was their second-to-last season in the Big 12.

Like Missouri, Wyoming gets four-straight home games followed by a bye week. The only difference is, the Cowboys start the season on the road (at Iowa) and then come home to Laramie to welcome four consecutive opponents: Gardner-Webb, Oregon, Hawaii, and Texas State. After taking Week 6 (Oct. 7) off, Wyoming has back-to-back road games at Utah State and Boise State.

Unlike the SEC, having a homestretch lasting more than two games is a rarity in the Mountain West. The only other member enjoying anything close is Utah State with three-straight from Week 5 to Week 7.

Though the Cowboys played three-consecutive home games as recently as 2008, they haven’t drawn four straight in 36 years. The year was 1981 when UNLV, Hawaii, UTEP, (13) BYU, and Colorado State visited in a row, keeping the Cowboys in Laramie for the entire month of October. They went 4-1 during the homestand and finished 8-3, at the time their best mark since 1976.

Washington State is the only program in the FBS to play five-straight games at home in 2017. The Cougars open up the 2017 season with Montana State, Boise State, Oregon State, Nevada, and USC visiting Pullman in succession.

It’s Oct. 7th (Week 6) before they travel anywhere – a road trip to play the Ducks in Eugene.

Though no Pac-12 team comes close to Washington State’s homestretch, Cal, Colorado, Stanford, and USC all have three-consecutive home games in 2017.

The Cougars have enjoyed several three-game homestands in school history, but have never played four straight much less the five straight they’ve got slated for 2017.