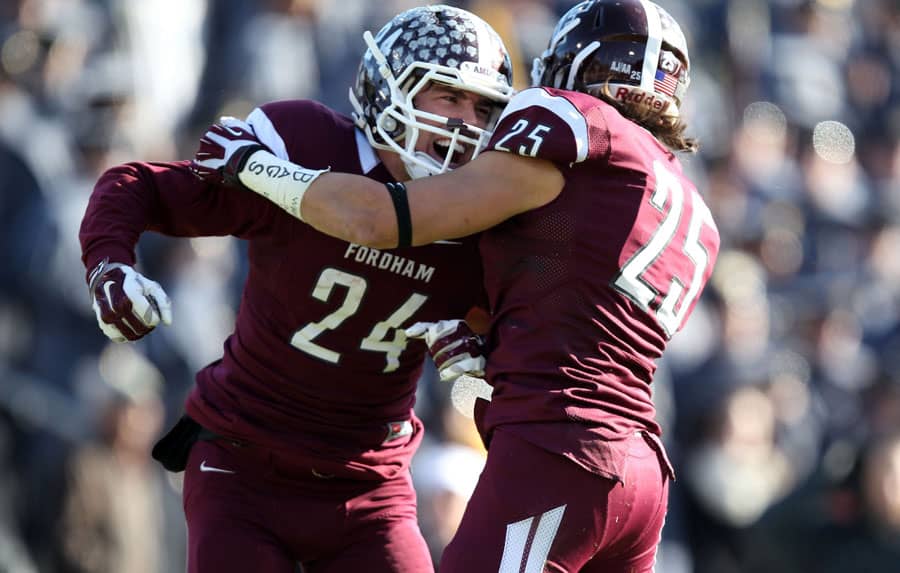 The Fordham Rams will play at Charlotte in 2018 and at Hawaii in 2020, the school announced today.

Fordham will travel to take on the Charlotte 49ers at Jerry Richardson Stadium on Sept. 1, 2018. The game will be the fist ever meeting between the two schools on the gridiron.

On Sept. 12, 2020, Fordham will travel to Honolulu to take on the Hawaii Rainbow Warriors. The game will also mark the first matchup between the two schools.

“These games will be great opportunities for the team to test its ability on a higher level,” said Fordham head coach Joe Moorhead. “Having played at Temple and Army over the past two years, we have seen what playing, and winning, against those schools can do to a program.”

According to Fordham’s release, their trip to Hawaii will be their first west of Ohio since 1983 and first west of the Mississippi River since 1934.

Fordham is a member of the Patriot League in the Football Championship Subdivision (FCS). The Rams finished the 2014 season 11-3 after falling to New Hampshire in the second round of the FCS Playoffs.

With Labor Day being September 7 in 2020, that means FCS plays 11 games. Fordham can play a 12th with the Hawaii Exemption.

If they are smart they will promote it as Rams @ 49ers and not mention either college.