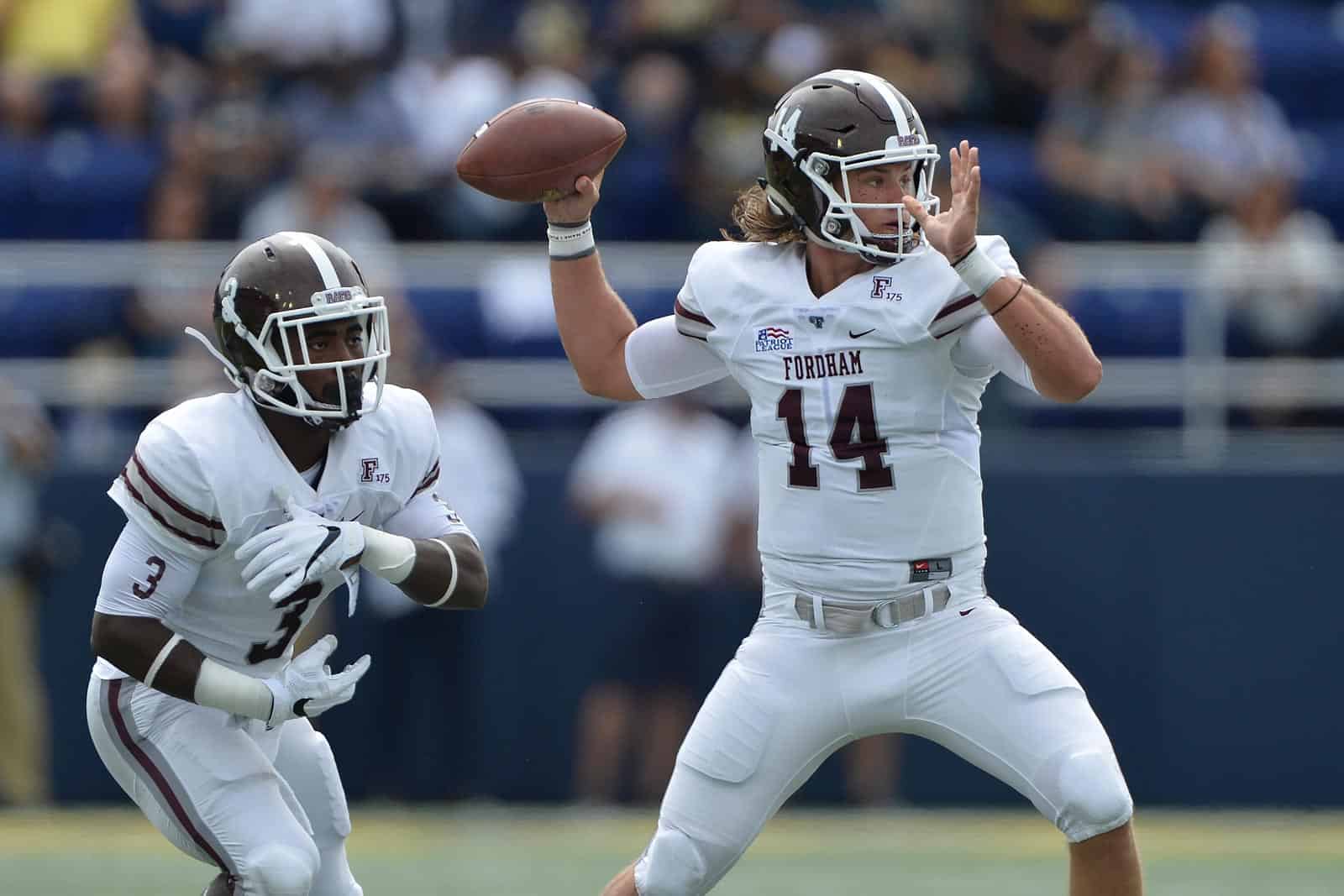 The Fordham Rams have added the Boston College Eagles to their 2025 football schedule, the school announced on Friday.

The Eagles will host the Rams on Saturday, Aug. 30, 2025 at Alumni Stadium in Chestnut Hill, Massachusetts. The two schools have met 27 times on the gridiron.

“I am excited to add Boston College to our football schedule for 2025,” said interim director of athletics Ed Kull. “The locations, academic excellence, and traditions between our two Jesuit institutions make us natural competitors and we are looking forward to restoring the rivalry between the Rams and the Eagles.”

Boston College and Fordham first met on the gridiron in 1912. In their most recent matchup in 1954, the Eagles defeated the Rams 21-7 to extend their lead in the overall series to 14-11-2.

“This is very exciting news,” said Joseph M. McShane, S.J., president of Fordham University. “I look forward to seeing the Rams avenge that 1954 loss to the Eagles when they take the field at Alumni Memorial Stadium on The Heights on 30 August 2025.  I hope that you will all join me to see the Old Maroon wave on high in Chestnut Hill.”

The Rams become Boston College’s third home tilt in 2025. UMass (Sept. 6) and Notre Dame (TBA) will visit Alumni Stadium. The lone non-conference game for 2025 to take the Eagles on the road occurs Sept. 20, with a trek to East Lansing to visit Michigan State on the slate.

Fordham and BC met many times before Fordham dropped football in the 1950s.