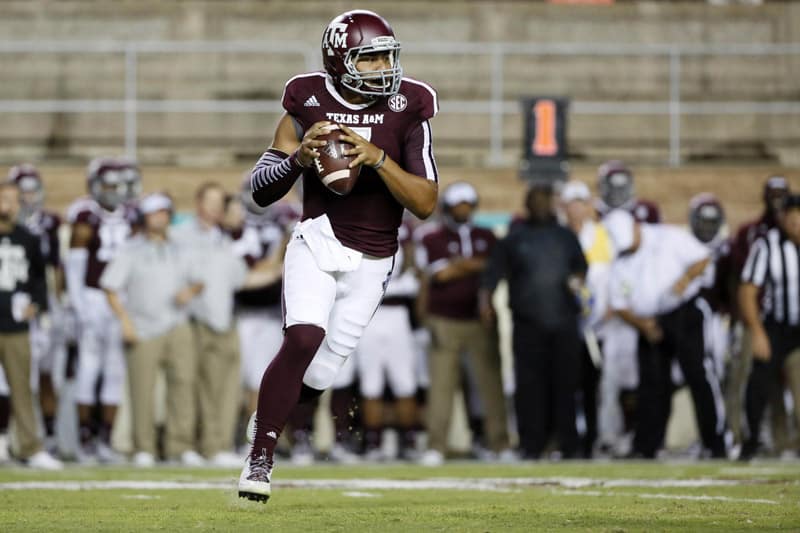 Every Monday, the five power conferences announce their football TV schedule for the weekend after next. Announcements are also made by the American, C-USA, MAC and others. Today, selections were announced for the weekend of Sept. 27, 2014.

In the ACC, three games were placed on a 6-day hold and will be announced no later than Sunday, Sept. 21 — Duke at Miami (FL), Florida State at NC State, and North Carolina at Clemson (Note: these games are now updated).

The remainder of times and TV for the weekend of Sept. 27 are listed on each team’s 2014 football schedule.

What’s the rule on the SEC, CBS, and the 3:30 ET slot regarding other networks?

Not sure if you wanted the answer from the author, but from what I understand, it’s not a rule, but a contractual obligation that CBS gets first pick, the regular ESPNs get however many games they want, usually at most three (7:00 on ESPN, 6:00/7:00on ESPN2, 9:00 on ESPN2 for SEC West games of interest, and 7:00 ESPNU. Then the SEC Network (still ESPN), gets whatever else. Lincoln Financial and SportSouth used to get the rest, but it seems this year that both have been relegated to airing ACC games instead.

I don’t believe I have ever seen head-to-head competing SEC conference games on both ESPN and CBS at 3:30 regarding the SEC, so I assume there’s some sort of non-compete clause in the contracts as well. However, I have known ESPN to air 4:30, 5:00, 5:30, and 6:00 games, which obviously air before the 3:30 CBS games has concluded. SEC Network plan to show their triple-header each Saturday at 12:00, 4:00, and 7:00, but I assume the game selection is so far down the pecking order that they don’t consider it “competing”, except for the fans of the two teams featured on the SEC Network 4:00 game, of course…

Since Disney owns ABC and ESPN, I assume they can do whatever they want with the primetime games. And they do. You sometimes will see split regional coverage (meaning they advertise ABC/ESPN) on those games, especially late in the season as conference races take shape. However, at the 3:30 slot, I can’t imagine the game being high profile enough (after CBS picks the best game(s) and ESPN picks the next best for primetime) to need to be shown on ABC when they presumably have ACC/Big Ten/PAC-12/Big XII marquee conference games to air. If you’re ESPN, why compete with “the SEC game of the week” when you can wait until that game is over and have all those eyeballs to yourself at 7:00/8:00? So is it allowed? Not sure… But is it practical? Not very… Like Marv said, if there’s that many good games, say Florida/Georgia and Alabama/LSU on the same day, CBS can choose to do a 3:30/8:00 double-header, and put, say UT/USC on ESPN primetime.

That Ole/Miss Vandy game was the only SEC game that day worth televising nationally, since the MSU @ Oregon contest was declared to be the non-conference game of the year before the season began; the rest of the SEC schedule for Sept. 6th consisted of 11 SEC teams playing home games against FCS and low-level FBS programs, with Georgia having a bye.

CBS will start televising college foiotball games a week or two earlier in 2015 when the entire US Open Tennis tournament permanently moves to ESPN.

The OU/Tennessee game was an 8PM contest on ABC, but CBS gets first crack at any SEC contest they deem worthy of an 8PM kickoff, which usually means the annual Alabama/LSU brawl.

If CBS wanted to do a triple-header on any given Saturday with kickoffs at noon, 3:30 & 8PM, they could certainly do so.

ESPN has 7:00 & 7:45 PM games almost every week usually involving SEC schools, so ABC certainly could televise an 8PM SEC contest if the situation presented itself, although they tend to save that timeslot for showdowns from other conferences.

CBS has exclusive over-the-air rights for SEC home games; such games can be shown on ESPN, but not ABC. CBS has two SEC doubleheaders every season; the dates, but not the particular games, are selected before the season. This year’s are Oct. 11 (morning-afternoon) and Nov. 8 (afternoon-evening; date of LSU-Bama). All other SEC on CBS games are at 3:30 ET, except the Black Friday game and the conference championship. In 2011, when LSU-Bama was #1 vs. #2, it was the wrong week for the CBS evening game, so they had to pay ESPN for the rights to have a prime-time SEC game. Instead of showing an afternoon SEC game that day, they moved Army-Air Force from CBSSN to CBS. The prime-time SEC on CBS game has been LSU-Bama every year since.