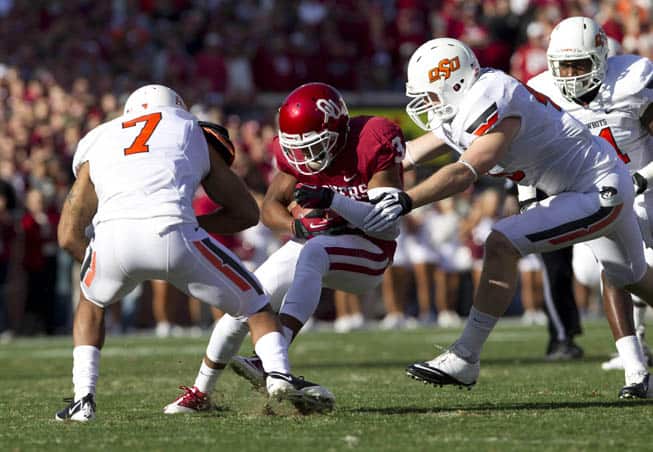 The football TV schedule for second-to-last week of the 2013 college football season (Dec. 7) has been announced. It’s also Championship Week!

The action kicks off at 7:30pm on Thursday night when Louisville visits Cincinnati (ESPN). Then on Friday, it’s the MAC Championship Game at Ford Field in Detroit at 8pm on ESPN2.

Listed below are the FBS games scheduled for television with kickoff time and network (all times Eastern).

GO SUN DEVILS. Going to see them play Arizona this week and with a win get to host Stanford. Should be interesting!

ACC Championship is FSU vs. TBA