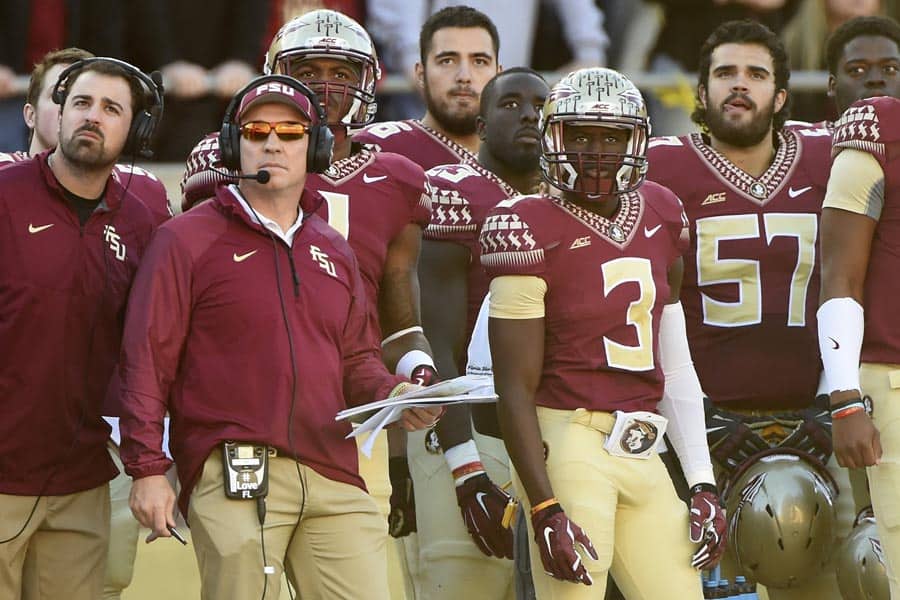 The Florida State Seminoles and the West Virginia Mountaineers are discussing meeting in a neutral-site football game as early as 2018, per a report from the Palm Beach Post.

Two weeks ago, Florida State and Alabama announced that they will open the 2017 season in Atlanta. Florida State is also set to open the 2016 season vs. Ole Miss in Orlando. FSU head coach Jimbo Fisher told the Post that they are working on a similar game in 2018 with West Virginia.

If Florida State and West Virginia do agree to a neutral-site game, 2018 doesn’t look like the best option. The Mountaineers are already scheduled to open the 2018 season vs. Tennessee in Charlotte and two weeks later they travel to NC State.

The two schools were scheduled to meet in a home-and-home football series in 2012 and 2013. But the series was canceled after West Virginia joined the Big 12 and their non-conference schedule was reduced from four to three games per season.

This week, the Jacksonville Sports Council is set to announce a “significant sporting event.” The FSU-WVU matchup is one game that is being speculated. But the most likely announcement coming is Notre Dame vs. Navy at EverBank Field in 2016. That game would likely be played on Nov. 5.

Actually the non-conference schedule was reduced from 5 OOC games (BE) to 3 (B12) when they moved conferences.