Florida State and Alabama to kick off 2017 season in Atlanta 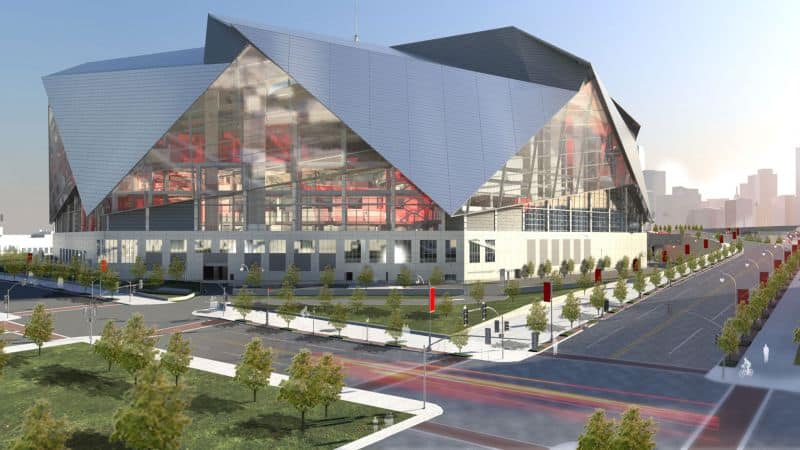 The new Atlanta stadium will host Florida State and Alabama to kick off the 2017 season. (newstadium.atlantafalcons.com)

The new stadium in Atlanta just secured a pretty major contest to open the 2017 campaign.

Florida State and Alabama will face off as part of the Chick-fil-A Kickoff Series, sources announced Thursday.  A final date has not yet been announced.

This will be just the fifth all-time meeting between the universities, with the Crimson Tide holding a 2-1-1 advantage.  The Seminoles won the most recent outing, a 21-14 decision on September 29, 2007.

wish both teams would just go away

Awe because he tired of getting best both

Of course, as a Gator you WOULD wish that. Neither team has a YouTube video of their players blocking EACH OTHER during a game!

IKR, Alabama is actually pretty good, but FSU is decent at most.

Life would be amazing without these teams.

Too bad you want both teams to go away. Sad, really, since most Noles route for the Gators when you’re playing anyone else. Gotta keep the love in the state, after all.

“…decent at best…?” Keep tellin yourself that, Dinosam.

boy gone thats why we (fsu) demolish yall every year (gators) last time yall beat us was with tim tebow you just mad that yall cant beat us.

Ummm, No. Most Nole fans do NOT root for the Gators. Ever.

It’s a major eye test for color vision. Crimson? Garnet? Which is which? You decide. :)

Also, this is now VERY appropriately a “Kick Off” classic! At the rate both UA and ½SU are “kicking off” players who commit crimes, we could have a side score running on players kicked off between now and 2017!

Well, at least there are kicking players off the team before the players gets the University in trouble. Some schools just ignore it until something really bad happens & it is to late.

Like who? Which University is kicking players off the team before the press sets in and causes trouble?

Every team at some point in time kick players off for team violations before the player gets the school in trouble.

This would have been great if it was in the last two or three years.

Carolyn
Oct. 17, 2015
These are two great Universities with exceptional Coaches and athletic programs, who produce many top notch players that go each year to the pros, so all is not bad. I think this will be great for college football. Looking forward to it!

By deciding to play this against Alabama, FSU thinks that they can magically become good in the next couple years. Seems unlikely.

At least Florida State has the guts to play Alabama in their first game of the season, ask Baylor, TCU, Boise State, and I could go on and on. you know the teams that say that they belong in the top 4 at the end of the year. If they played Alabama, that would shut up the majority of the teams whining out there. Props go to FSU for excepting the challenge. Roll Tide Roll

Props right back atcha, Ricky G – have been waiting for a regular season match up with the Tide f o r e v e r – at least since ’07. Hope it’s a keeper spot every season! We’ll both be bringing our A game, lots of talent in coaching and players with heart. Nice to hear something positive from fans of the opposition! Good luck NYE – Beat *ichigan State!!!

Props right back atcha, Ricky G – looking forward to it!!!

I’m going! And I’ll be going with a FSU fan of all things. Oh well, another season, another tough opponent, another Tide victory. This Dynasty ain’t dead after all. Looks to be another great game between elite programs and heartburn for Danny Kanell… Ha! Roll Tide!

What a great kickoff for 2017! Maybe Ohio State can learn from this. Play someone!

They do. They open with Bowling Green this year.

Damn all that BS everybody talking FSU are the SEC KILLERS