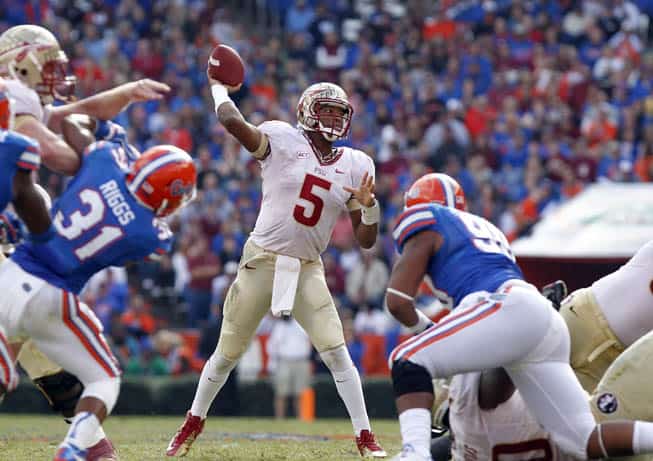 The Florida Gators and the Florida State Seminoles have extended their football series through the 2018 season, UF announced today.

Florida and Florida State have met every year since the series began on Nov. 22, 1958 in Gainesville. The Gators lead the overall series 34-22-2, but have dropped three of the last four contests.

Was hoping SEC would opt for a 9-game conference schedule starting in 2015. Missed opportunity. Hopefully that happens for 2016.

I think it can still happen. They would just have to cancel one of the nobody games

Why do we want a 9-game SEC schedule? It doesn’t help anyone… not the schools with ACC rivals, not Bama (since they like to play the neutral-site kickoff games against other major-conference teams), so who’s really in favor of it?