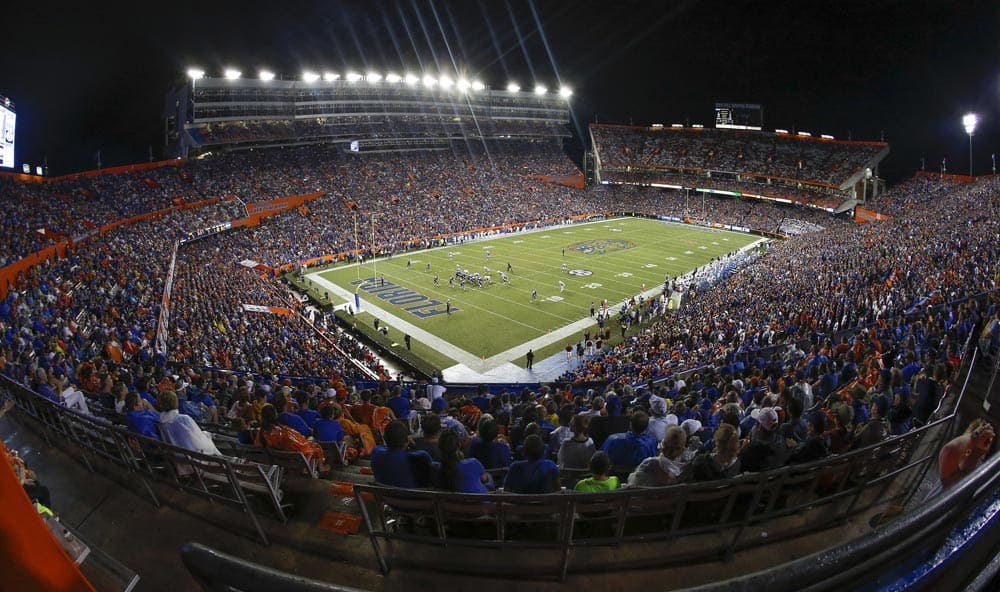 The Florida Gators have added the Eastern Washington Eagles to their 2020 football schedule, both schools announced on Wednesday.

Florida will host Eastern Washington at Ben Hill Griffin Stadium in Gainesville to open the 2020 season on Sept. 5. The game will be the first-ever meeting between the two schools.

EWU is the alma mater of Florida head coach Jim McElwain. He played quarterback for the Eagles from 1980-83 and he also coached there for 10 seasons.

“This is pretty cool to be able to add Eastern Washington to the schedule,” said McElwain via a statement. “I spent 15 years at Eastern and it is such a huge part of my life. I met my wife, Karen, there and all of my children were born there. I have so many great memories of my time at Eastern and I still have friends there to this day.”

Florida now has two non-conference games scheduled for the 2020 season. The Gators are also slated to travel to face in-state rival Florida State on Nov. 28.

“We thank everybody involved, including Coach McElwain, for making it possible for us to play such a great SEC program,” said Eastern head coach Beau Baldwin. “It’s a tremendous honor for us at Eastern Washington and we look forward to the opportunity to play Florida.”

“We would like to thank Coach Mac, (Florida director of athletics) Jeremy Foley and (Florida executive associate AD) Chip Howard for their willingness to make this happen,” said Eastern AD Bill Chaves. “The ability to connect Eastern with one of its most successful alums is something unique that athletics can do. We cannot be more excited about the opportunity to play the Gators and the Southeastern Conference.”

EWU previously announced agreements to face FBS teams each season from 2017 through 2019. The Eagles are also set to play at Texas Tech in 2017, Washington State in 2018, and at Washington in 2019.

Eastern Washington opened the 2016 season on Saturday, Sept. 3 with a 45-42 upset win over Washington State in Pullman.

Who knows how things will shake out, EWU could be a MWC school by then.