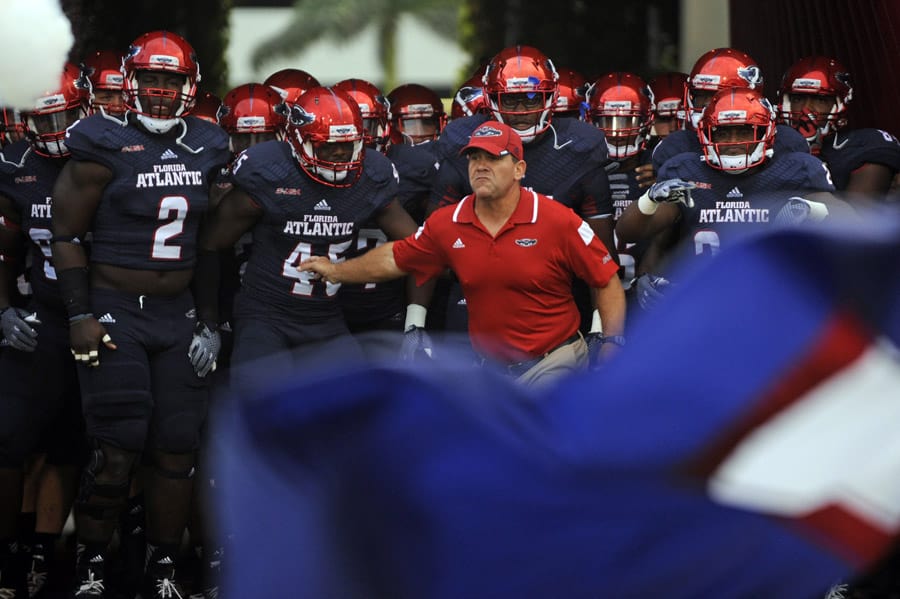 The Florida Atlantic Owls will play at Oklahoma in 2018 and at Illinois in 2020, according to their official website.

Florida Atlantic will travel to take on the Oklahoma Sooners at Gaylord Family Oklahoma Memorial Stadium in Norman on Sept. 1, 2018. The game will be the season-opener and first ever meeting between the two schools.

Two seasons later, FAU will travel to Memorial Stadium in Champaign to face the Illinois Fighting Illini on Sept. 5, 2020. That contest will also be a season-opener and their first matchup on the gridiron.

Florida Atlantic has also added games against two FCS opponents to their future schedules. The Owls will host Southern Illinois to open the 2016 season on Sept. 3. FAU will also host Bethune-Cookman on Sept. 16, 2017 and again on Sept. 15, 2018.

The latest additions complete Florida Atlantic’s non-conference schedules through the 2017 season. The Owls need one game in 2018, two in 2019, and three in 2020.

Sooners are going to get a beat down!