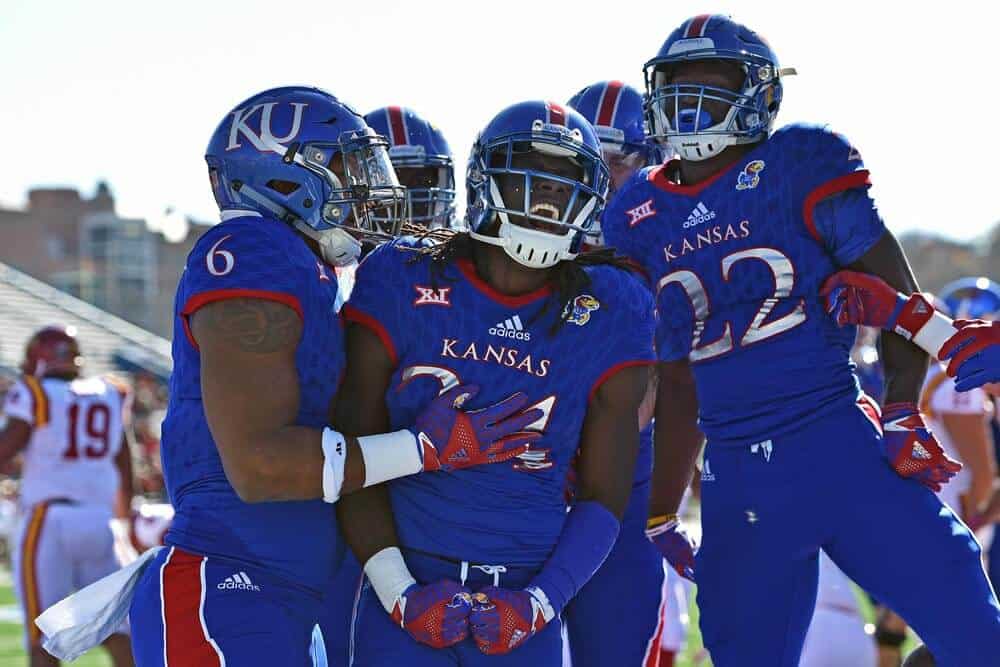 Last week we highlighted 11 teams that have exceptionally difficult non-league slates in 2017, this week we look at the opposite scenario.

The five schools listed are the only Power programs that won’t face a Power team outside of conference play this season. Three hail from the Pac-12, one is from the Big Ten and the final representative is from the Big 12. No ACC or SEC members are on the naughty list.

Each team will have, at minimum, a one game advantage over the 59 Power programs who have scheduled at least one Power foe out of league play.

Also worth noting is that four of the five programs mentioned have struggled in recent years – that despite Colorado and Washington State’s recent improvements. Is allowing a weaker non-league schedule an attempt by conference leadership to boost the chances their weakest teams can reach bowl eligibility?

Arizona did schedule BYU last year, but the last time it played a member of a power conference during the regular season was in 2012 when it hosted (18) Oklahoma State for a Week 2 win.

It amounts to Arizona having a 27.5% better chance of scoring a win over a non-power foe than a Power Five program.

The second of the three Pac-12 teams on our list, Colorado played a non-Pac-12 power opponent as recently as last year – a road trip to (3) Michigan. Prior to that, the Buffs enjoyed four consecutive seasons without a power foe on its non-conference slate, dating back to a 2011 visit to Ohio State.

What makes Colorado’s case unique is its annual meeting with Colorado State, providing more applicable data. Though the Buffaloes haven’t dominated the Rams in recent years, they’ve won three of the last five and six of the last ten.

Illinois can’t be accused of a long history of weak scheduling. In fact, that last time it didn’t schedule a power opponent outside of Big Ten play was in 1999. That was 18 years ago. It also gets extra credit for being the only team highlighted that won’t play an FCS team in 2017.

Compare Illinois’ non-conference slate with that of fellow Big Ten West cellar dweller Purdue: Louisville, Ohio, and at Missouri. That’s a MAC, C-USA, and American combo vs. an ACC, MAC, and SEC package.

They haven’t won such a game since upsetting (15) Georgia Tech early in the 2010 season.

While Kansas is playing an FCS school and double-dipping the MAC, Texas gets Maryland, San Jose State, and USC on the road.

Though Washington State didn’t play a power team out of Pac-12 play last season, it did schedule one such opponent each year from 2013-15.

Boise State is clearly not just another non-power team, somewhat skewing Washington State’s scenario. That said, the Cougars are 4-1 all-time vs. the Broncos. But, as numbers sometime do, that’s only part of the story – the wins were all between 1997-2001 (before Boise State’s run of national dominance) and the loss? That was in 2016.

Wisconsin, Utah and Mississippi State are not included on the list as each has a date planned with independent BYU. The Cougars’ status as a Power opponent varies within each conference, but for comparison sake we’ve counted them as such.

Illinois is going to lose to WKU and Kansas will lose to at least one, if not both, of the MAC schools.

@Drew, that would’ve been the more obvious one – must’ve slipped my mind as I continued down the list. I’ve seen USF peeking into the preseason Top 25’s quite a bit.

“No ACC or SEC members are on the naughty list.”

Lol….yet someone will have to point it out otherwise.

Can’t really take this article seriously…..clearly some of the teams that these five schools are playing are much stronger then most Power-5 schools. And its not “Power 5”,its more like “ESPN Money 5” because there are a lot of ESPN 5 schools that would struggle in the American,C-USA,MWC on a yearly basis. Being a ESPN 5 school doesn’t elevate you.

The only school I see sweeping their OOC slate is Colorado.

just a silly article….the author seems to have zero understanding of Nuance.. there are many non power 5 teams significantly stronger than many power 5 teams. The author of this article seems, with a straight face, to think a schedule which included Purdue, Syracuse, Boston College, Kansas, and Illinois would be stronger than one with Boise State, Houston, East Carolina, Appalachian St. and South Florida

Debate is fine. But if you insult the writer of the piece, who works hard to compile the stats and info, your comment will be deleted and/or the comment section will be closed.