Five college football teams who outperformed their schedule in 2016 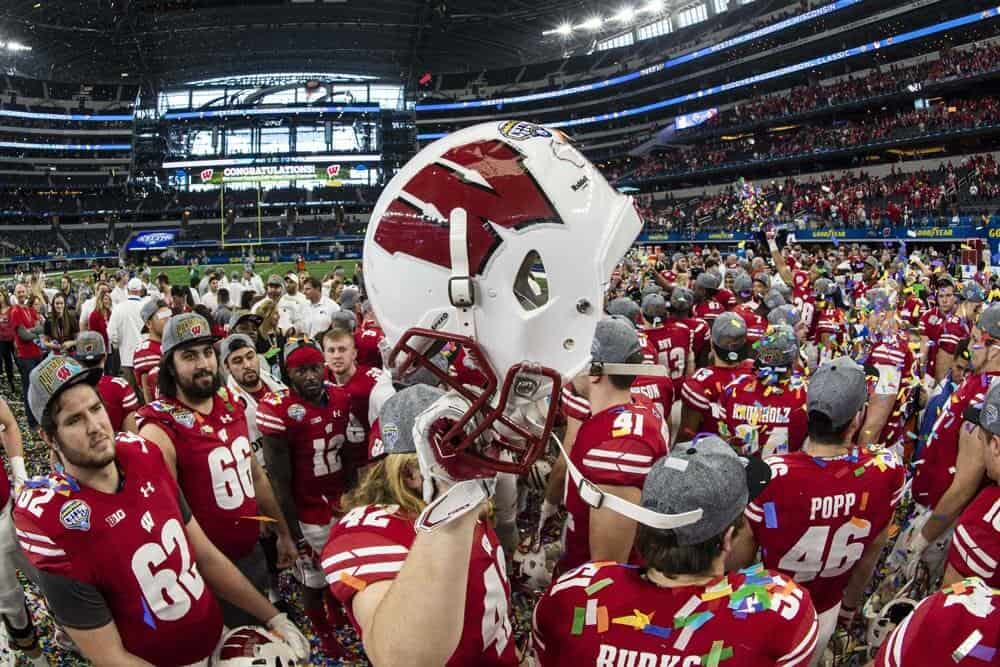 Over the last two weeks we’ve highlighted teams that benefited and suffered from a change in schedule strength last season, this week we acknowledge programs who kept winning despite a more difficult slate.

This is the honor roll. Each team listed deserves extra credit for not only surviving their 2016 schedule, but for achieving similar or better results than they did in 2015.

Wyoming is the only school on our list that managed to engineer a turnaround despite a spike in schedule strength. Its 23-slot jump marked the 16th biggest nationally and the highest in the Mountain West. Not only did the Cowboys improve, they came up a mere three-points short of capturing their first conference crown in 23 years.

The net effect was upgrading Washington State to a road trip to Nebraska and Appalachian State to Northern Illinois – a program that won six straight divisional championships from 2010-15.

Despite having its schedule strength jacked up 46-slots, NC State lost zero ground vs. its 2015 output. The increase ranked fourth in the FBS – meaning 124 teams took less of a hit than did the Wolfpack.

Like Wyoming, NC State’s biggest change came in its non-conference slate. In 2015, it didn’t play a single Power opponent out of the ACC – in 2016, it hosted Notre Dame. Take a look. 2015: Troy, Eastern Kentucky, Old Dominion, and South Alabama. 2016: William and Mary, East Carolina, Old Dominion, and Notre Dame.

In addition to taking on an additional Power foe, it picked up East Carolina – a team the Wolfpack had lost three of the last five meetings to coming into 2016.

Florida State repeated its 10-win performance in 2016 even though its schedule skyrocketed from the middle of the pack to the top 15 nationally. The ‘Noles also managed to beat (6) Michigan in the Orange Bowl, finishing No. 8 in the final AP. The 47-point hike ranked third among the entire FBS.

The cornerstone of the increase was the 2016 season opener with (11) Ole Miss in Orlando. It meant the Seminoles had two Power opponents out of SEC play vs. the one they faced the previous year. 2015: Texas State, USF, Chattanooga, and (10) Florida. 2016: (11) Ole Miss, USF, Charleston Southern, and (13) Florida.

In ACC cross-divisional play, FSU dropped Georgia Tech and picked up North Carolina, which came into the season as one of the top two teams in the Coastal.

Though a 4-8 mark is hardly worth celebrating, Syracuse didn’t lose any ground in 2016 despite having the tenth most difficult schedule in the land. It was the second biggest increase in the entire FBS.

The biggest change from 2015 to 2016 for the Orange was dropping LSU for Notre Dame. Though both schools were a tall order, they got the Tigers at home vs. playing the Irish in East Rutherford, N.J. They also swapped out Central Michigan for UConn. Syracuse was 3-0 all-time vs. the Chippewa vs. 3-6 vs. against the Huskies coming into the ’16 season.

No FBS program was saddled a bigger increase in schedule strength last season than Wisconsin, who went from the bottom half to the top ten. Rather than collapse under the pressure – the Badgers picked up an additional victory, posting their third consecutive double-digit win performance.

In its non-conference slate there was little difference, dropping (3) Alabama from 2015 and picking up (5) LSU last season – both games were played at neural sites.

And that’s where the Badgers got totally nailed. In 2015, they faced Rutgers and Maryland from the East – arguably the easiest combo possible. In 2016, they upgraded to (8) Michigan State, (4) Michigan and (2) Ohio State. If that weren’t enough they drew the Spartans and the Wolverines in back-to-back games on the road. After taking a week off, they hosted the Buckeyes in Madison the very next weekend.

It earns Wisconsin accolades for posting the most impressive 11-3 record in 2016.

I agree 100% with you on Wisconsin. Hopefully they will be as good next season.