FIU at UTEP football game canceled due to COVID-19 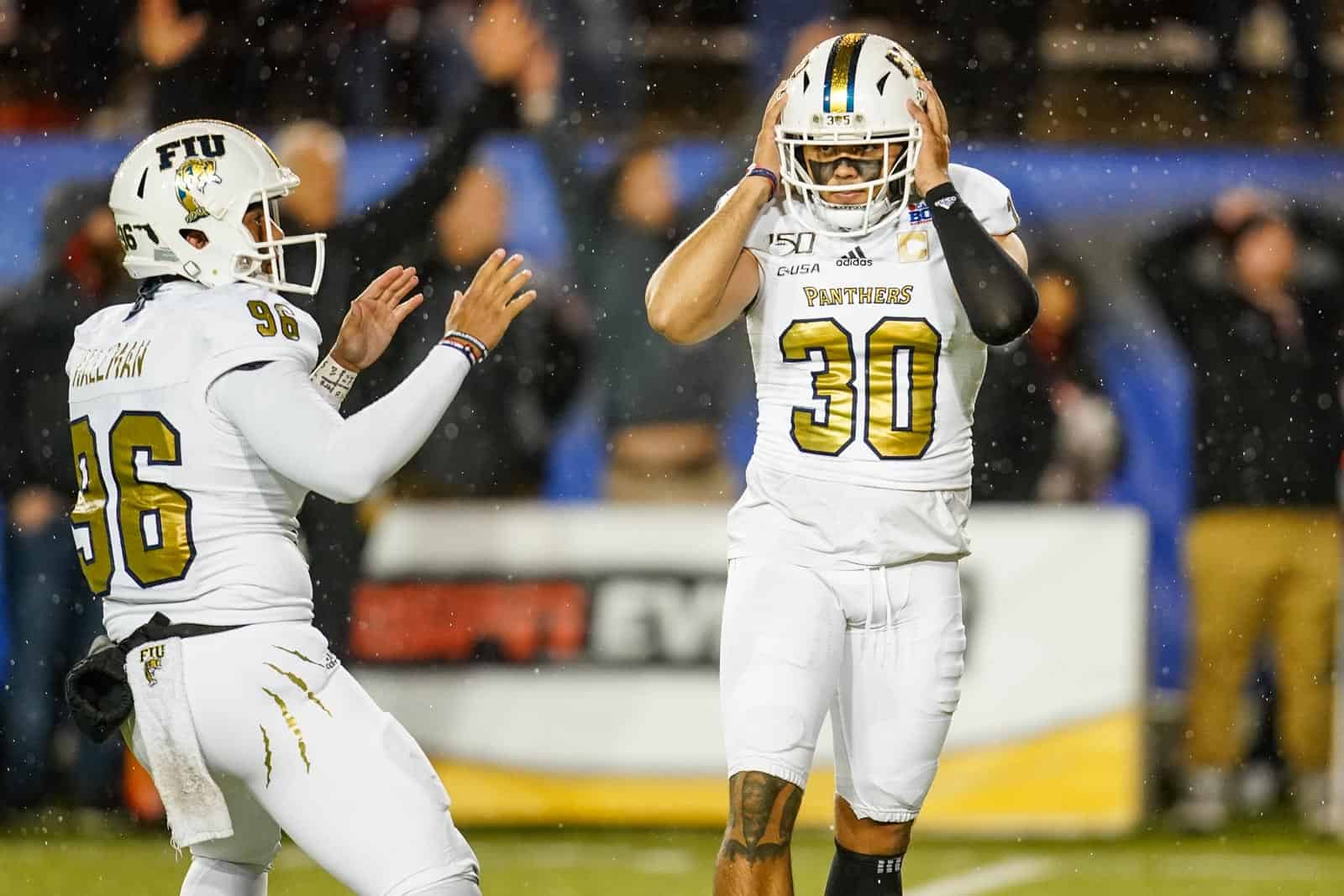 The FIU Panthers at UTEP Miners football game on Saturday, Nov. 7 has been canceled, both schools announced on Tuesday.

The two schools were scheduled to square off in a Conference USA matchup at Sun Bowl Stadium in El Paso, Texas. It appears the game will not be rescheduled.

Below is the statement from FIU:

In an abundance of caution, due to the number of healthy scholarship football student-athletes available for this game, and to ensure a sufficient number moving forward, we regret to announce that we will not be playing the football game this weekend.

This is the fourth postponed or canceled game for FIU since the season started. The Panthers games at UCF and Charlotte and home contest against Marshall were all postponed and are in jeopardy of cancellation.

FIU has played three games this season and lost each of them to Liberty, Middle Tennessee, and Jacksonville State. Their next scheduled game is home against Florida Atlantic on Friday, Nov. 13.

“We knew entering into this most uncertain season that there was a possibility of some games being postponed or cancelled,” UTEP Director of Athletics Jim Senter said. “We’ve gone through a rough stretch, but are hopeful that we’ll come out of it strong and be able to get some games in over the next month.  I continue to applaud our coaches, student-athletes and staff, including our Sports Medicine department, for doing everything they can to put our team in a position to play each and every week.”

UTEP is currently 3-3 overall and 0-2 in Conference USA action. The Miners’ next contest is slated for Saturday, Nov. 14 at UTSA.

“We are disappointed that we won’t be able to play this weekend, but we will continue working hard and look forward to our next game versus UTSA!” UTEP head coach Coach Dana Dimel said.