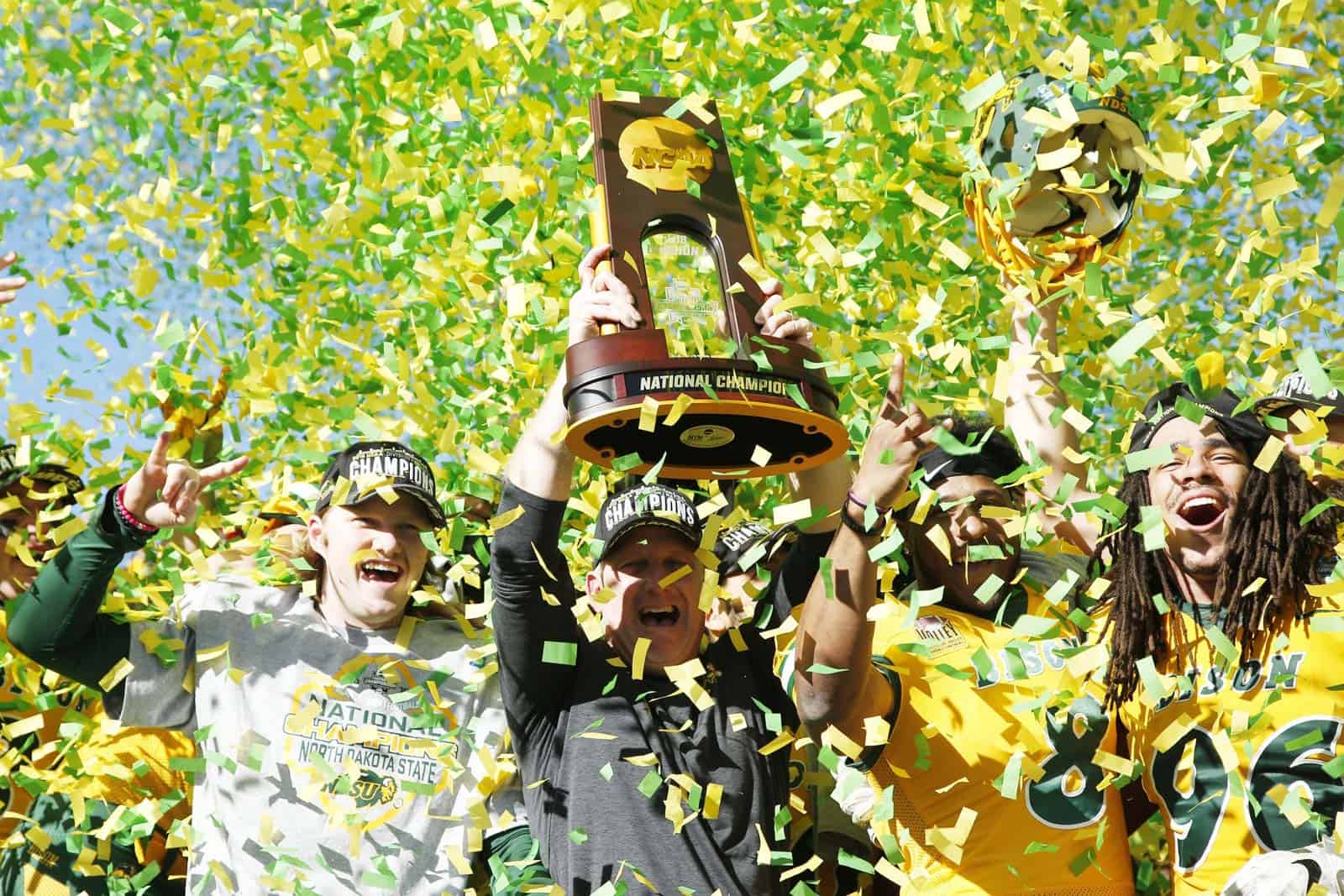 The victory marked North Dakota State’s seventh national title in the past eight years, and it also marked the end of the 2018 FCS season.

Today the final 2018 FCS Coaches Poll was released, and North Dakota tops the rankings as expected. Eastern Washington (2), South Dakota State (3), Kennesaw State (4), and Maine (5) round out the top five.

The Duquesne Dukes, who finished the 2018 season 9-4 after a second-round playoff loss, moved into the rankings at No. 24. Incarnate Word, previously 25th, dropped out of the final rankings.

The coaches poll remains a joke.