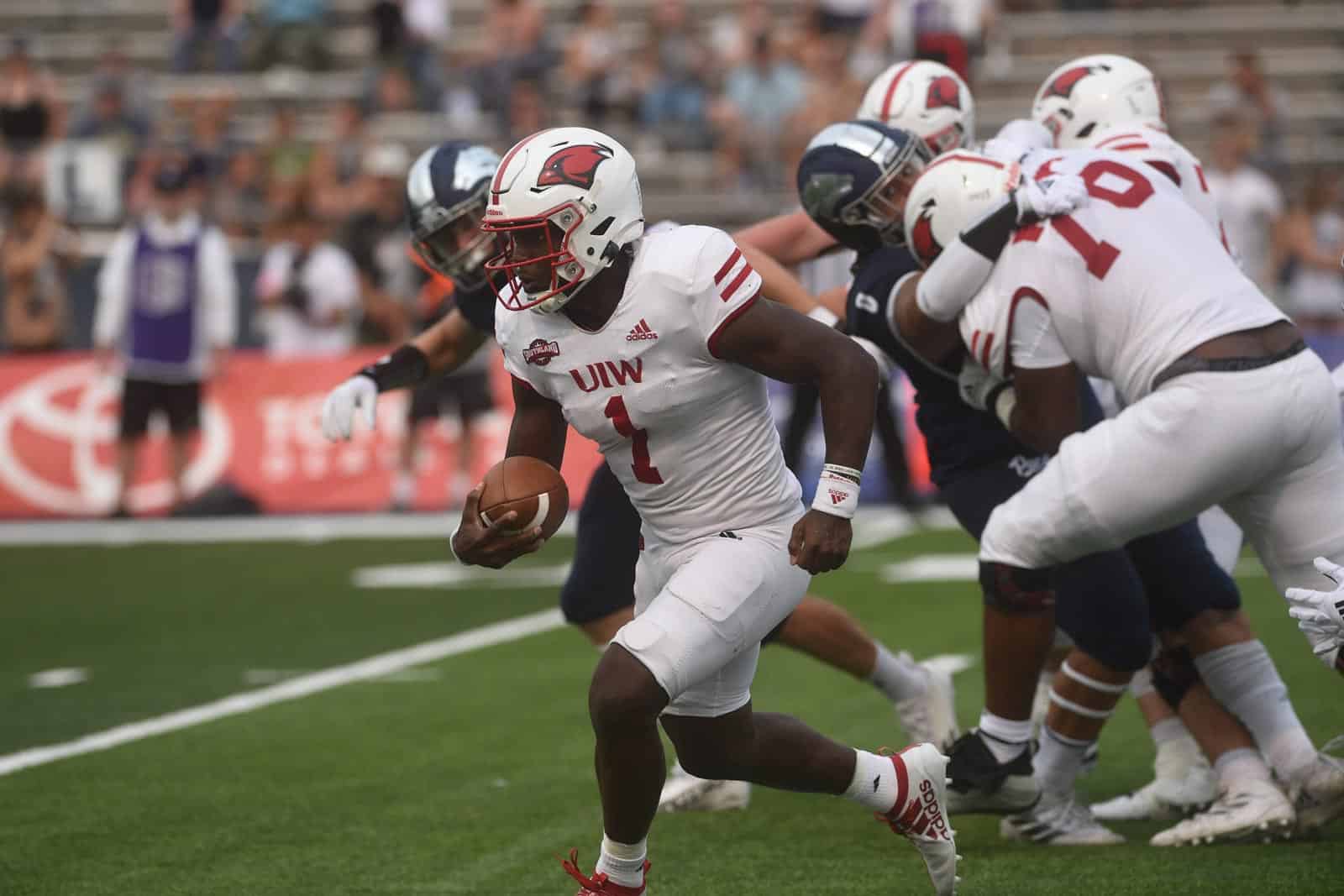 The 2022 FCS Playoffs continue this weekend with two semifinal games on the schedule. One contest is slated for Friday with the second on Saturday.

Semifinal round action kicks off on Friday, December 16 at 7:00pm ET with the third-seed North Dakota State Bison hosting the seventh-seed UIW Cardinals at the Fargodome in Fargo, N.D. The game will be televised nationally by ESPN2.

North Dakota State comes into the game 11-2 overall and 7-1 in Missouri Valley Conference action. The Bison dispatched the Montana Grizzlies in the second round of the FCS Playoffs, 49-26, and then defeated the Samford Bulldogs in the quarterfinals, 27-9.

UIW heads into the matchup with a 12-1 overall record and 5-1 record in Southland Conference play. The Cardinals slipped by the Furman Paladins in the second round, 41-38, and the Sacramento State Hornets in the quarterfinals, 66-63.

The second semifinal round game is set for Saturday, Dec. 17 and features the top-seed South Dakota State Jackrabbits hosting the fourth-seed Montana State Bobcats at Dana J. Dykhouse Stadium in Brookings, S.D. The game is scheduled for 4:00pm ET and it will be televised by ESPN2.

Montana State and South Dakota State have met 16 times overall on the gridiron and three times in the FCS Playoffs. The Bobcats defeated the Jackrabbits in the FCS Semifinals last season, 31-17, and now lead the overall series 11-5.

Montana State is 12-1 this season and 8-0 in Big Sky Conference action. The Bobcats defeated the Weber State Wildcats in the second round, 33-25, and the William & Mary Tribe in the quarterfinals, 55-7.

South Dakota State heads into the game with a 12-1 record (8-0 Missouri Valley). The Jackrabbits defeated the Delaware Blue Hens in the second round, 42-6, and the Holy Cross Crusaders in the quarterfinals, 42-21.

Winners of the semifinal games will play in the Division I Football Championship Game on Sunday, January 8, 2023 at Toyota Stadium in Frisco, Texas. The game will be televised by ABC at 2:00pm ET/1:00pm CT.

I watched it.
It was a wonderfully exciting Game.
The Winner merited home field Advantage.
I almost always root for the Underdog, Uni. Incarnate Word was the visiting Team.

After several lead changes throughout the Game;
#7 Seed UIW’s comeback @ the end of the 4th Quarter was cancelled by #3 Seed NDSU’s CB intercepting UIW’s QB with a Minute & a half left.