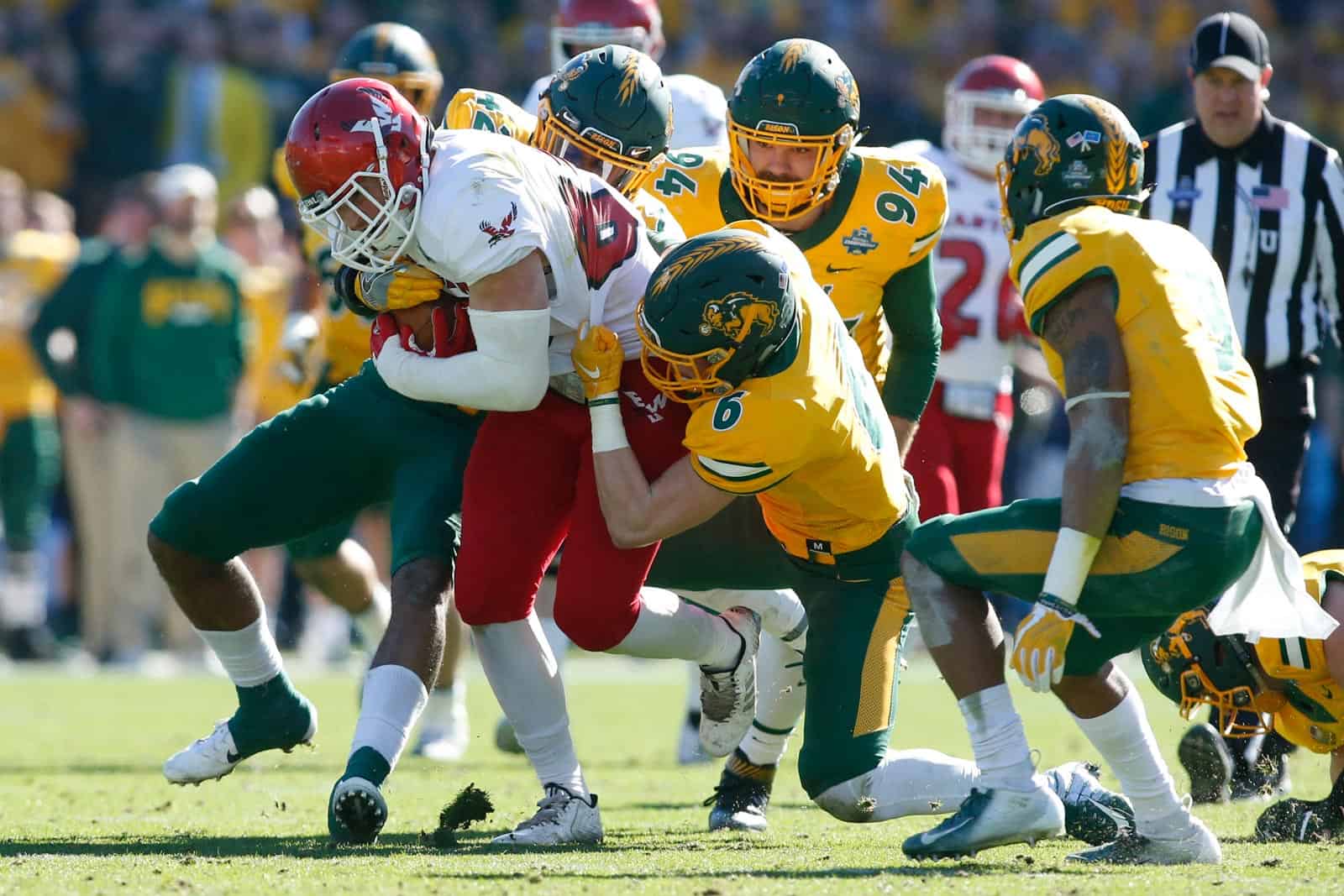 The regular-season is complete, and now it’s time for the 2019 FCS Playoffs! The 10 automatic qualifiers, full 24 team field, FCS Playoff Schedule, and bracket were announced today by the NCAA.

The 10 automatic qualifiers for the FCS Playoffs won their respective conference championships and are listed below:

Below are the top eight seeds for the 2019 FCS playoffs. The top eight teams receive a first-round bye and will host a second-round matchup on Saturday, Dec. 7:

The remaining 16 qualifiers (14 at-large) open the FCS Playoffs with a First-Round matchup on Saturday, Nov. 30. Below is the schedule for the first two rounds of the 2019 FCS Playoffs: