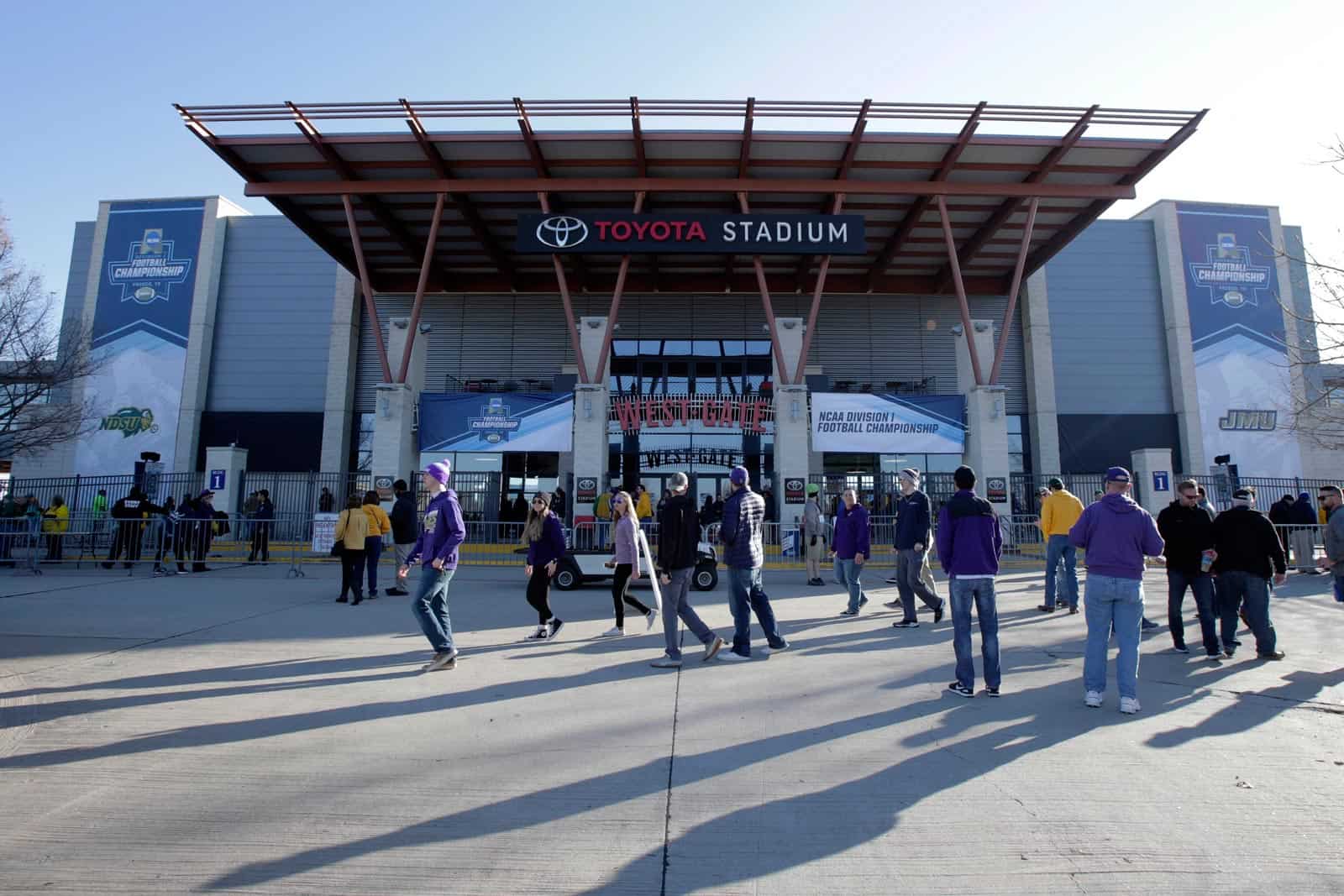 The FCS Playoff Schedule for the Spring 2021 football season has officially been approved by the NCAA DI Board of Directors.

For the Spring 2021 season, the FCS Playoff field has been reduced from 24 to 16 teams. There will be 11 automatic qualifiers, which will consist of the champions of every conference with the exception of the Ivy League and the Southwestern Athletic Conference (SWAC).

The Mid-Eastern Athletic Conference (MEAC), which hasn’t participated in the FCS Playoffs since 2014, will send its champion to the playoff this Spring.

The remaining five participants in the FCS Playoffs this Spring will each be at-large teams selected by the FCS Playoff Selection Committee. The committee consists of one athletic director from each conference with an automatic bid.

The NCAA Division I Football Championship will be played on Saturday, May 15 or Sunday, May 16, 2021 at Toyota Stadium in Frisco, Texas.

The North Dakota State Bison are the reigning national champions following their 28-20 victory over the James Madison Dukes on January 11, 2020 at Toyota Stadium. The Bison have now won three-straight national championships and eight of the past nine.

Good for the NCAA. I suspected that the NCAA would just let football fall through the cracks. I’m glad that I appear, for now, to be wrong.

At least it appears that FCS schools will have something to play for in the Spring. I have no idea what will motivate the MAC, MWC, and Pac-12.

Back down to 16 teams, thank you NCAA.

I sure hope these kids get to play all those games!