FBS head coaches scheduled to play their alma mater in 2020 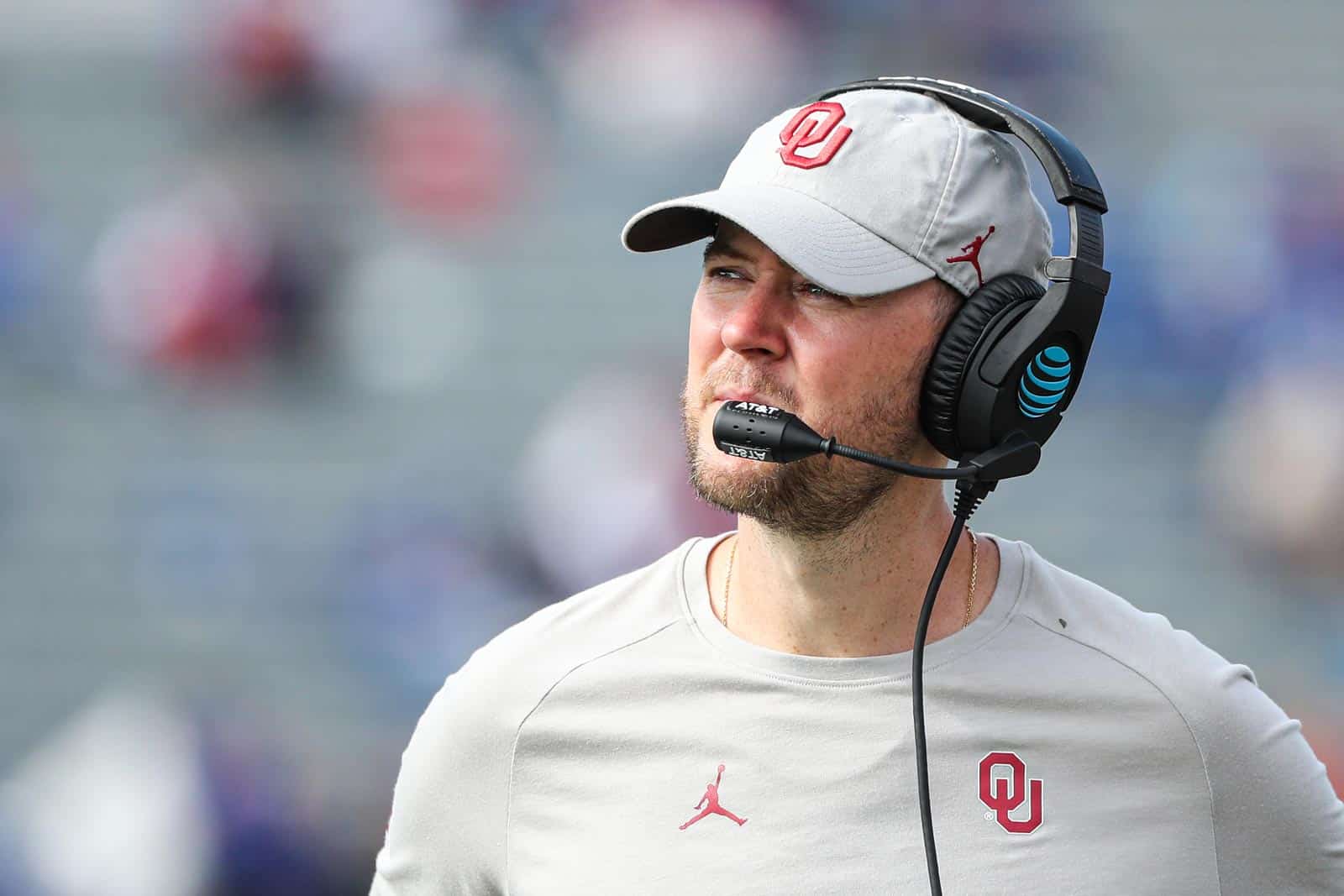 Of the 130 head coaches at the FBS level of college football, 18 (or 14 percent) have a game vs. their own alma mater on tap this season. Following is the lineup along with some fascinating backstories.

While Baylor’s first-year head coach Dave Aranda didn’t play at Texas Tech, he did earn a master’s degree there during his time in Lubbock as a graduate assistant (1999-2001). Aranda went on to serve at the DC at Cal Lutheran (where he earned his undergrad degree), Delta State, Southern Utah, Hawaii, Utah State, Wisconsin and finally LSU before nabbing the head job at Baylor, also his first-ever head coaching position.

Steve Campbell played center at Troy for two seasons and was a part of the 1987 team that went 12-1-1 and won the NCAA Division II national championship. As a head coach he’s captured additional national titles at Delta State (the 2000 DII national championship) and at Mississippi Gulf Coast (the 2007 National Junior College Athletic Association national championship). He took over the reins at South Alabama in 2018 and is 5-19 overall and 0-2 vs. his alma mater thus far.

Though Manny Diaz, Jr. didn’t play at Florida State, he graduated from there in 1995 with aspirations of becoming a sports journalist. After two years at ESPN, he decided what he really wanted was a coaching career and returned to his alma mater as a graduate assistant. He went on to serve as the DC at Middle Tennessee, Texas, Louisiana Tech, Mississippi State and finally Miami Fla. before being named the Hurricanes’ head coach in 2019. Diaz went 6-7 in his debut season including scoring a 27-10 win at Florida State.

Colorado’s first-year head coach Karl Dorrell played wide receiver at UCLA from 1982-86 (he sat out the ’84 season with an injury), racking up 1,517 yards and nine TDs on 108 receptions. He was part of the 1983 and 1985 teams that both won Rose Bowls. After serving as a wide receivers coach/OC across the country, he was named the head coach at UCLA in 2003 where he posted a 35-27 mark prior to being fired in 2007. Since then, he’s been a position coach in the NFL with the single exception of serving as the OC at Vanderbilt in 2014. This is his first game as a head coach vs. his alma mater.

Though he also played at San Diego State, Herm Edwards started his career as a collegian at Cal, where he was a defensive back in 1972 and 1974. After almost a decade as an NFL cornerback, Edwards served as the head coach at the New York Jets (2001-05) and Kansas City Chiefs (2006-08) before reappearing on the sidelines in 2018 as the head man at Arizona State. He’s 15-11 overall and 1-0 vs. Cal thus far.

Shawn Elliott was a defensive end at Appalachian State from 1992-95, a four-year letterman and co-captain his senior season. The Mountaineers went 36-16 during his career and captured two conference championships. Elliott spent his first 13 seasons in coaching at his alma mater before becoming a fixture on the South Carolina staff from 2010-15. He served as the interim head coach for six games after Steve Spurrier resigned in 2015. He took over at Georgia State in 2017 and is 16-21 thus far including an 0-3 mark vs. App State.

Though Hugh Freeze didn’t play college football, he did play baseball at Northwest Mississippi Community College from 1989-90. He graduated from Southern Miss in 1992. After starting out as a high school football coach, Freeze landed the head job at Lambuth (an NAIA program in Jackson, Tennessee) and then Arkansas State before being named the head coach at Ole Miss in 2012. He resigned from that role in 2017 and resurfaced at Liberty in 2019, where he posted a 8-4 mark in his first season. This is the first time Freeze has faced his alma mater as a head coach.

Mike Locksley played defensive back at Towson (an FCS program located north of Baltimore) from 1988-91 and was named the teams’ Defensive Player of the Year as a senior. After 17 seasons as an assistant at jobs across the nation, Locksley was named the head coach at New Mexico in 2009, a post he was fired from early in the 2011 season. From there he landed at Maryland as the OC and then interim head coach for the final six games of 2015. After three seasons as the OC at Alabama, Locksley was named the head man at Maryland in 2019 where he posted a 3-9 mark in his opening campaign.

Though Gus Malzahn played the final two years of his college career (and graduated) from Henderson State (Arkadelphia, Arkansas), he started out as a walk-on wide receiver at Arkansas (1984-85). Malzahn spent the first 15 seasons of his coaching career at the high school level before returning to Fayetteville as the OC for the 2006 season. He was named the head coach at Arkansas State in 2012 and then got the head job at Auburn the following season. He is 6-1 vs. the Razorbacks as a head coach.

Another walk-on, Will Muschamp played safety at Georgia from 1991-94, scoring three interceptions and named defensive captain as a senior. After serving as the DC at Valdosta State, LSU, Auburn and then Texas he landed the head job at Florida in 2011. He was fired after four seasons in Gainesville and landed at Auburn as the DC in 2015. He was named the head coach at South Carolina in December of 2015. Overall, he’s 2-6 vs. his alma mater as a head coach, posting 1-3 records against the Bulldogs at each of his two stops.

Gary Patterson played strong safety and outside linebacker for Kansas State from 1980-81. After spending a decade as a defensive assistant in college ball, he was the head coach of the Oregon Lightning Bolts (a member of the short-lived Professional Spring Football League) in 1992. After another series of college jobs, he landed at TCU as the DC in 1998 and was promoted to head coach in 2000. Patterson is 4-4 vs. his alma mater.

Jeremy Pruitt began his career as a collegian as a starting safety at Middle Tennessee (1993-94) before transferring to Alabama for his final two seasons. Pruitt’s coaching career has taken him across the country and included stops at three different high schools and three separate stints back at Alabama, most recently as the DC from 2016-17. He was named the head coach at Tennessee in 2017, he’s 13-12 overall and 0-2 vs. his alma mater.

Lincoln Riley was a walk-on quarterback at Texas Tech in 2002 and joined Mike Leach’s staff as a student assistant the following season. He stayed in Lubbock as a wide receiver’s coach until 2010, moving into the OC role at East Carolina, a post he stayed at until he took over the offense at Oklahoma in 2015. He was promoted to head coach in 2017. He’s gone 36-6 in his first three seasons with the Sooners, including posting a 3-0 mark vs. his alma mater.

Nick Saban played defensive back at Kent State from 1970-72, as a senior he was a part of the program’s first bowl appearance in history – a trip to the Tangerine Bowl. From there, Saban coached wide receivers in college football for a decade before spending 1988-89 in the same role for the Houston Oilers. He’s been the head coach of four FBS programs (Toledo, Michigan State, LSU and Alabama) and one NFL franchise (the Miami Dolphins). Saban has only faced his alma mater as a head coach on three previous occasions – in 1990 at Toledo and in 2011 and 2016 at Alabama – all three resulted in wins.

Willie Taggart was the starting quarterback for all four seasons (1994-98) of his career at Western Kentucky. As a senior, he was named both an All-American and Offensive Player of the Year. Other than two years as a running backs coach at Stanford (2007-09), Taggart spent the entirety of his time as an assistant at his alma mater. He was named the head coach at Western Kentucky in 2010, where his 16-20 mark was enough to earn him the head job at South Florida. From there he took over at Oregon in 2017 and was the head coach at Florida State from 2018-19. 2020 marks both his first season at FAU and only the second time he’s faced WKU as a head coach (he led USF to a 45-35 loss vs. the Hilltoppers in the 2015 Miami Beach Bowl).

Kyle Whittingham played linebacker at BYU from 1978-81. As a senior, he was named WAC Defensive Player of the Year and MVP for the Holiday Bowl. He started his coaching career at his alma mater and then was the DC at Eastern Utah and Idaho State before becoming the defensive line coach at Utah in 1994. After a series of promotions, he was named the Utes’ head coach in 2005. Whittingham has posted a 131-63 record in his 15 seasons at Utah including an 11-3 mark vs. BYU.

Justin Wilcox played defensive back at Oregon from 1996-99. He coached linebackers at Cal before serving as the DC at Boise State, Tennessee, USC and then Wisconsin before finally taking over as the head coach back in Berkeley in 2017. He’s earned a 20-18 record in his first three seasons at the helm but is winless (0-3) thus far vs. his alma mater.