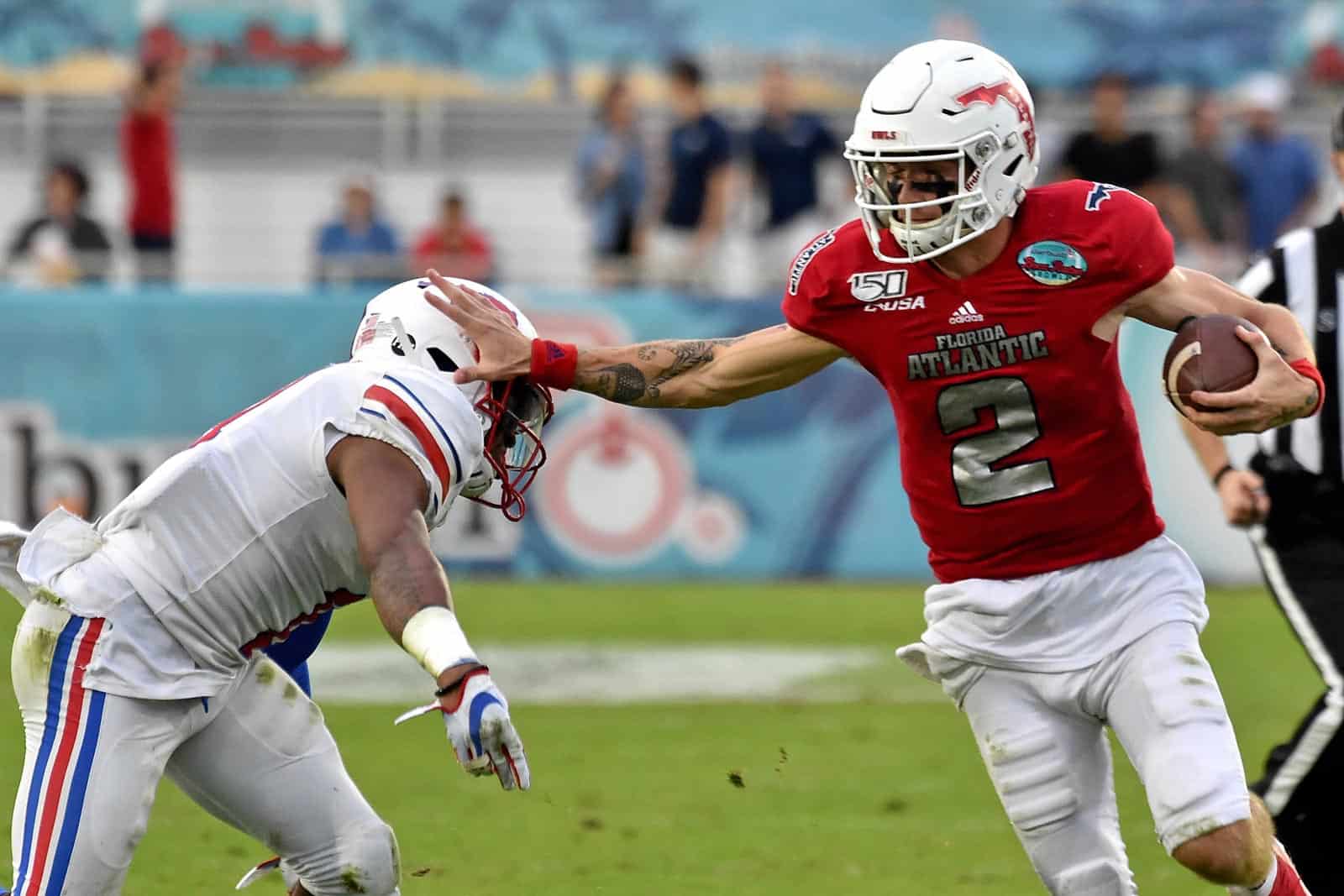 The Florida Atlantic Owls and UConn Huskies have scheduled a home-and-home football series for 2024 and 2026, both schools announced Tuesday.

The games will mark the first such outing between the schools with both playing as FBS member institutions. UConn throttled then-FCS FAU, 61-14, 19 years ago in Storrs. The 2024 game will be contested on Saturday, September 21, 2024 at Rentschler Field at Pratt & Whitney Stadium in Hartford, Conn. The 2026 game will be played on Saturday, November 21, 2026 at FAU Stadium in Boca Raton, Fla.

The Owls now have two games on their respective slates for those upcoming seasons. FAU will travel to Michigan State on Aug. 31, 2024, then venture to USF on Sept. 5, 2026.

The FAU and UConn future non conference lists here weren’t updated as of Wednesday morning.
.
Will UConn be picking up more future games with UMass I wonder… It seems it should be an annual Rivalry game…