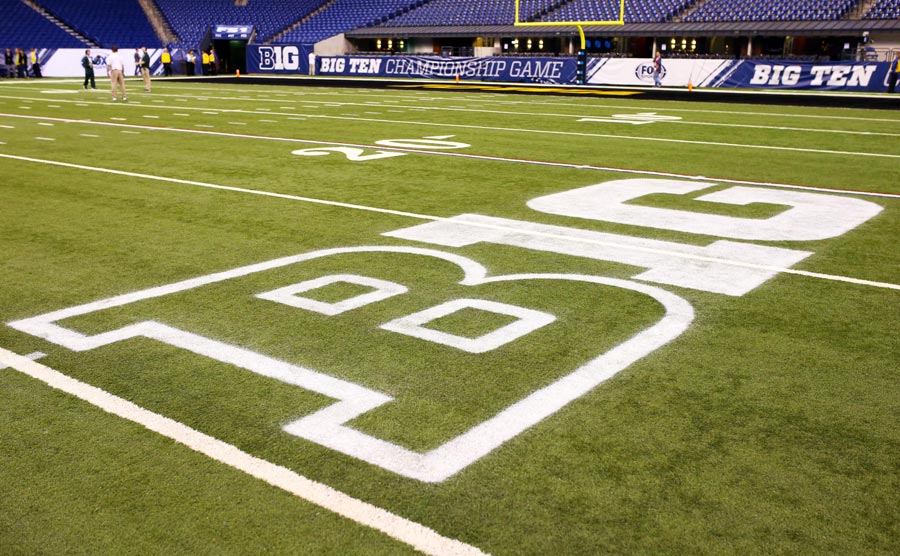 ESPN has selected seven Big Ten football games for their Saturday prime time schedule in 2016. The games will air on ABC, ESPN or ESPN2.

Ohio State will be featured in four of the prime time matchups. Other schools include Rutgers, Wisconsin, Penn State, Northwestern, Nebraska, and Iowa.

Michigan vs Rutgers in Prime time? I would think the Michigan St vs BYU would be more attractive.

Neither are very attractive.

MSU-BYU is a good matchup!

Seriously, Rutgers in primetime? ESPN programmers must have been hitting the bong pipe while deciding this game! I have to agree with the others that MSU vs BYU would have been a much more attractive matchup. Nothing against Michigan.

Michigan-OSU needs to be in primetime too

It will never be in prime time, its always played at 1pm eastern time.

Always Noon Eastern, not 1:00 PM. And always has an ABC national broadcast window,

that’s the point, it is always at noon, time for a change, it will help TV ratings especially on the west coast where a noon start is 9 AM (not ideal if you want to have a large TV audience)

Z man,
Not to disagree with you but the biggest rivalry in college football is doing just fine, not sure if anybody wants to be in Ann Arbor or Columbus between the hours of 8pm till 12am in those temperatures.

How do we know that these games are actually going to be primetime worthy? Or is it just part of ESPN’s contract with the B1G?

Yeah… this is why I had to order the sports package to make sure I’ve got BTN in Tejas.

Why would Rutgers be shown? They continue to get worse each season, are not the least bit competitive in the Big 10 and at the same time Michigan State is missing. BYU vs. Michigan State would be infinitely more entertaining. Why Rutgers got the invite bewilders me and alot of other fans. They have no business being in a P5 conference with their 120 year record of futlity.

Its all about money!!!! Big 10 os greedy just like all the other conferences!!

I’m surprised that Michigan State doesn’t have any prime time games in this group.