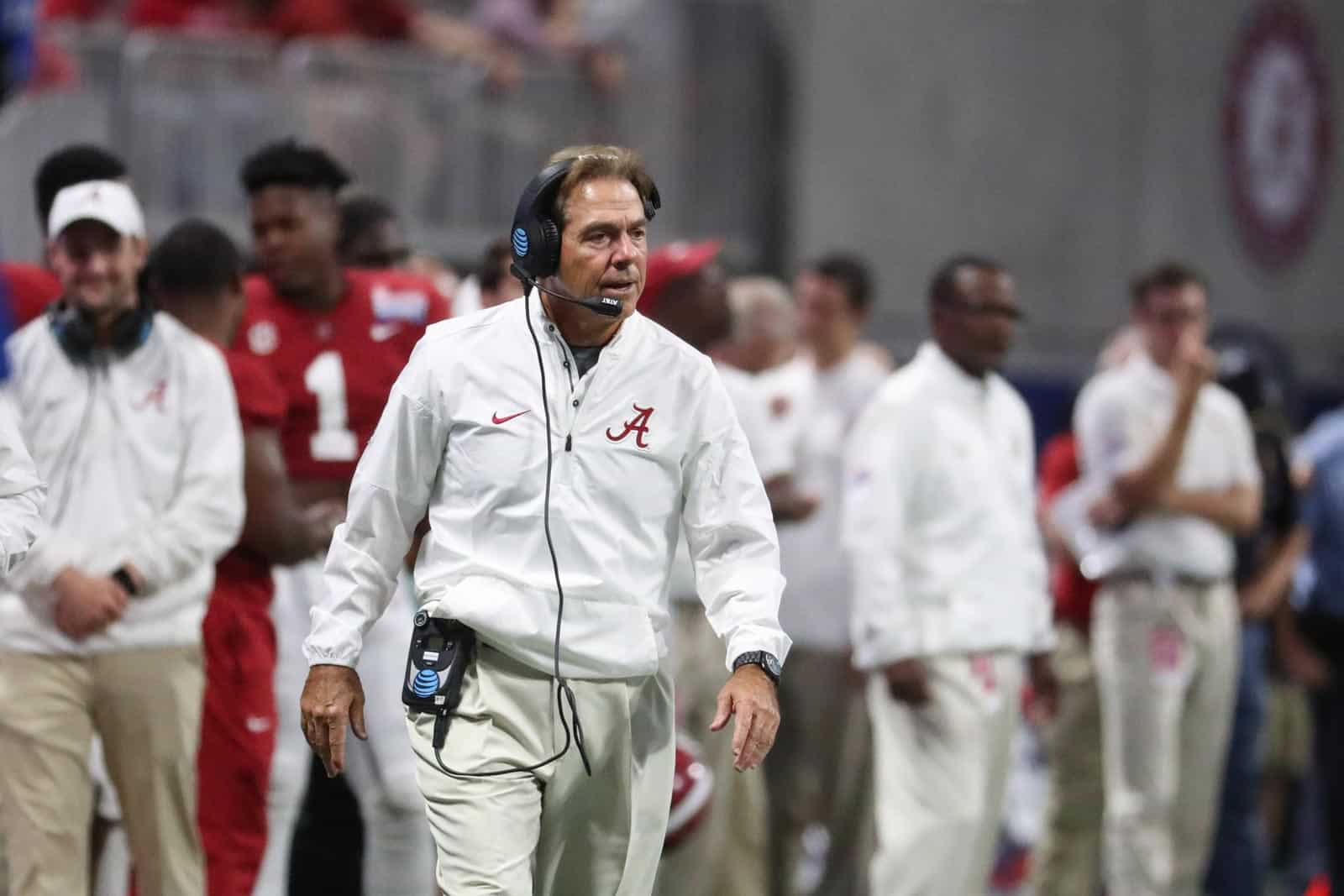 The first game of an ABC doubleheader on Saturday, Sept. 4 features the Alabama Crimson Tide and the Miami Hurricanes squaring off in the 2021 Chick-fil-A Kickoff at Mercedes-Benz Stadium in Atlanta, Ga. The game will be televised by ABC at 3:30pm ET.

The Georgia Bulldogs and the Clemson Tigers meet in the second game of the ABC doubleheader in the 2021 Duke’s Mayo Classic at Bank of America Stadium in Charlotte, N.C. Kickoff is set for 7:30pm ET.

On Sunday, Sept. 5, the Notre Dame Fighting Irish travel to take on the Florida State Seminoles at Doak Campbell Stadium in Tallahassee, Fla. The game is slated for 7:30pm ET with television coverage on ABC.

Labor Day (Monday, Sept. 6) features the second Chick-fil-A Kickoff of the 2021 season. The Louisville Cardinals play the Ole Miss Rebels in that matchup in Atlanta, and it will be televised by ESPN at 8:00pm ET.

Four other matchups are set for ESPN networks, but the kickoff time and specific network will be announced at a later date — Oklahoma vs. Texas (Oct. 9), Notre Dame at Virginia Tech (Oct. 9), Florida State at Clemson (Oct. 30), and Oklahoma at Oklahoma State (Nov. 27).

Below are the details for the seven early season college football matchups announced by ESPN: