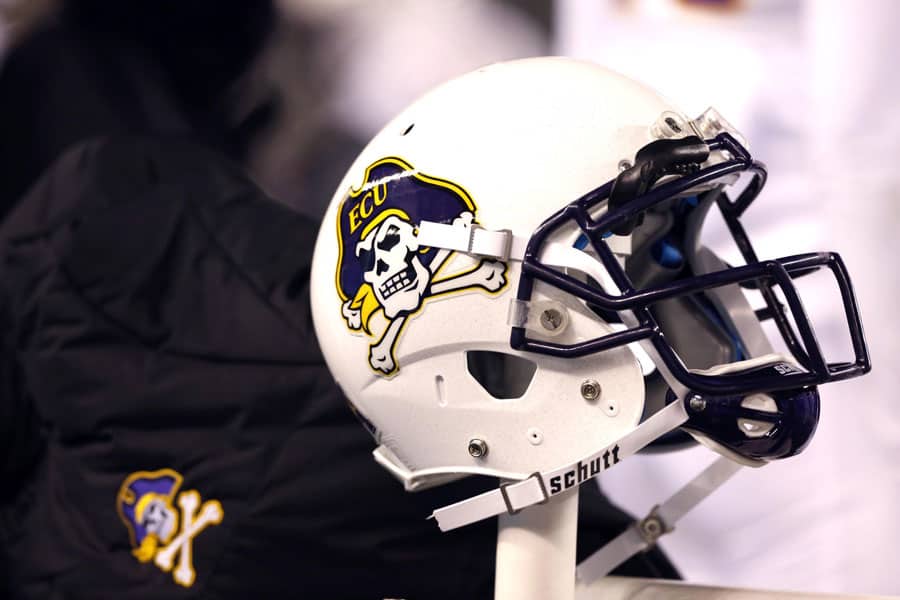 The East Carolina Pirates are set to host James Madison in 2017 and North Carolina A&T in 2018, FBSchedules.com has learned.

East Carolina will host the James Madison Dukes at Dowdy-Ficklen Stadium in Greenville on Sept. 2, 2017. ECU will pay JMU a $300,000 guarantee for the game, according to a copy of the contract obtained via an open records request.

James Madison, a member of the Colonial Athletic Association in the FCS, has never faced East Carolina on the gridiron.

The addition of JMU tentatively completes East Carolina’s non-conference schedule for the 2017 season. The Pirates are also scheduled to play at West Virginia (Sept. 9) and host Virginia Tech (Sept. 16) and BYU (Oct. 21).

On Sept. 1, 2018, ECU will host the North Carolina A&T Aggies, which will be the first meeting between the two schools. According to the contract, the Aggies will receive a guarantee of $330,000.

The Pirates now have three non-conference games scheduled in 2018. East Carolina is also set to host North Carolina on Sept. 8 and travel to Virginia Tech on Sept. 15.