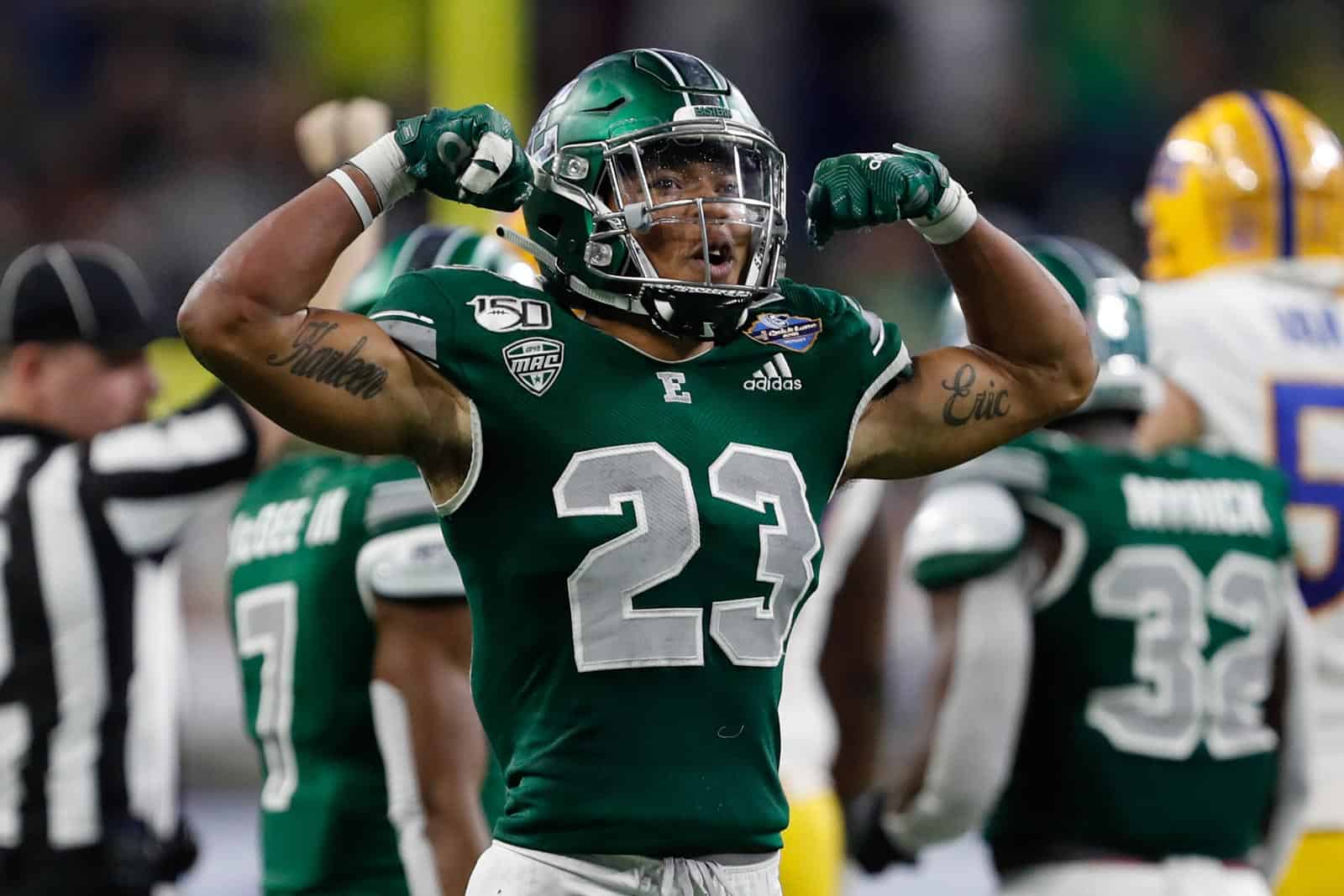 The Eastern Michigan Eagles will host the Howard Bison in 2023 and the Saint Francis U. Red Flash in 2024, according to EMU’s 2021 football media guide.

Eastern Michigan will host Howard at Rynearson Stadium in Ypsilanti, Mich., on Saturday, Sept. 2, 2023. The game will mark the fourth overall meeting between the two schools on the gridiron.

Eastern Michigan and Howard first met on the gridiron in 2007. The Eagles defeated the Bison in their most recent contest in 2013, 34-24, and now lead the overall series 3-0.

With the addition of Howard, Eastern Michigan has tentatively completed their non-conference schedule for the 2023 season. The Eagles are also scheduled to host UMass on Sept. 16 and travel to face Minnesota on Sept. 9 and Liberty on Sept. 23 that season.

The Saint Francis U. Red Flash will travel to face the Eastern Michigan Eagles in Ypsilanti on Saturday, Sept. 21, 2024. The contest will be only the second between the two schools.

Eastern Michigan and Saint Francis U. are scheduled to meet for the first time this fall at Rynearson Stadium on Friday, Sept. 3, which will be the season-opener for both schools.

Saint Francis is the fourth and final non-conference opponent scheduled for Eastern Michigan in 2024. The Eagles are slated to open the season with back-to-back road games at UMass (Aug. 31) and Washington (Sept. 7) and will host also play host to Liberty (Sept. 14).