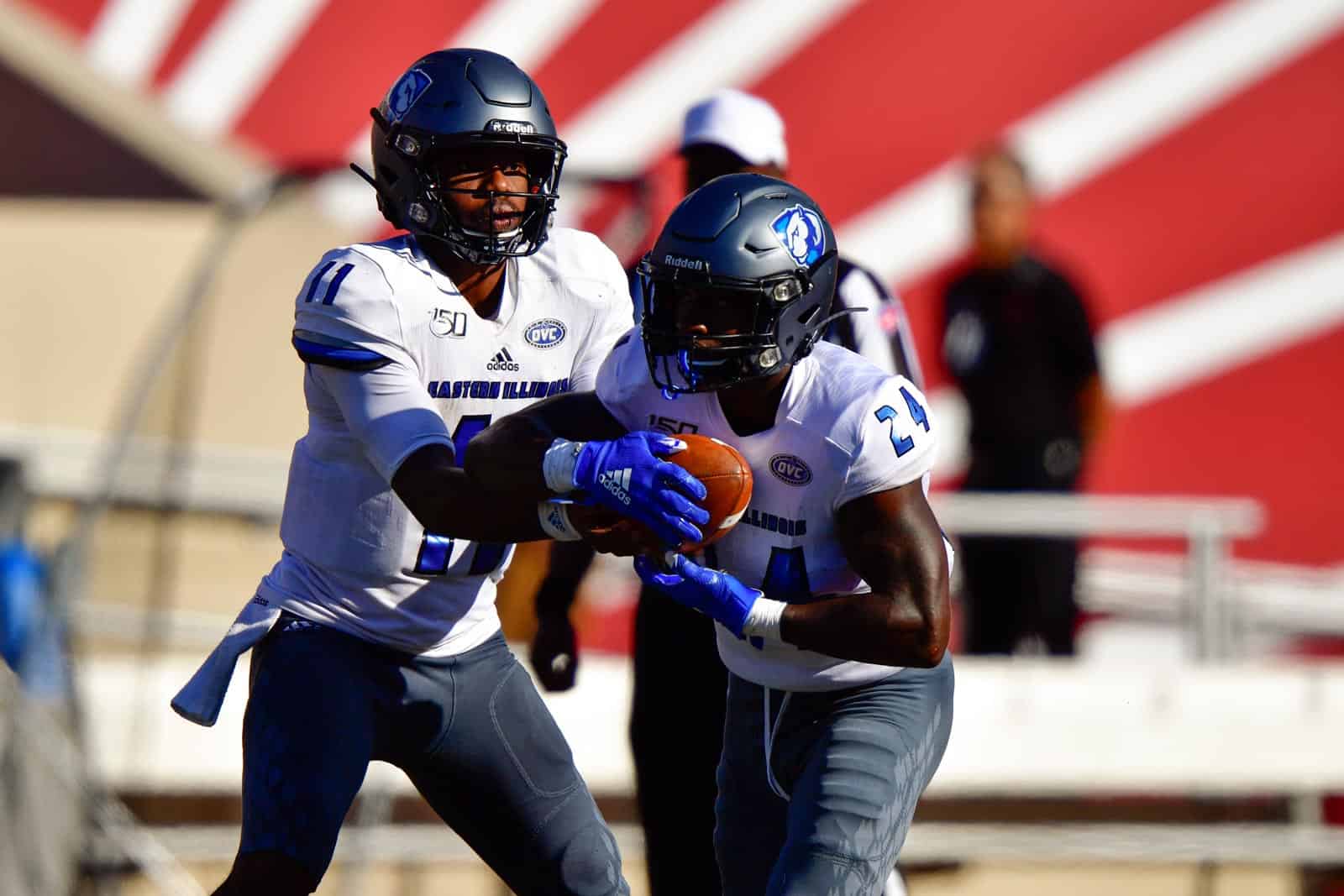 Eastern Illinois opens the 2023 season with five consecutive non-conference contests, beginning with a pair of games on the road against Indiana State on Thursday, Aug. 31 and then Bowling Green on Saturday, Sept. 9. EIU opens their home slate at O’Brien Field in Charleston, Ill., with back-to-back games against Illinois State on Sept. 16 and McNeese on Sept. 23.

A road trip to take on Northwestern State is up next on Sept. 30, which concludes the non-conference portion of Eastern Illinois’ schedule in 2023.

Eastern Illinois opens Big South-OVC play at home on Oct. 7 against UT Martin. Other conference opponents scheduled to visit Charleston in 2023 include Bryant on Oct. 21 and Tennessee State on Nov. 11.

Road Big South-OVC opponents for Eastern Illinois next season include Southeast Missouri on Oct. 14, Lindenwood on Nov. 4, and Robert Morris on Nov. 18.

Below is Eastern Illinois’s complete schedule for the 2023 season, plus a link to their schedule page which will be updated with kickoff times and TV as they are announced:

Eastern Illinois finished the 2022 season 2-9 overall and 1-4 in Ohio Valley Conference play. The 2023 season will be the first for the Panthers under new head coach Chris Wilkerson, who previously led the University of Chicago Maroons from 2013 through 2021.