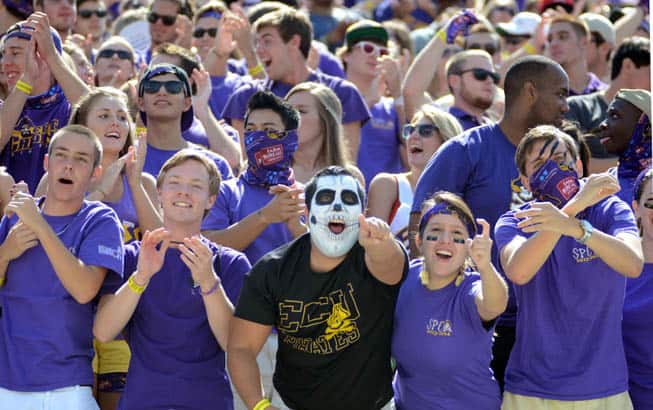 The East Carolina Pirates have completed their 2014 non-conference football schedule, the school announced on Friday.

East Carolina will open the 2014 season at home on Saturday, Aug. 30 against the North Carolina Central Eagles of the FCS.

The Pirates will then hit the road for two straight games, at the South Carolina Gamecocks on Sept. 6 and at the Virginia Tech Hokies on Sept. 13.

For their final non-conference game of the season, ECU returns to Dowdy-Ficklen Stadium in Greenville to host the North Carolina Tar Heels.

The 2014 season will be the first for East Carolina in the American Athletic Conference after 17 seasons in Conference USA. East Carolina’s conference football schedule should be announced within the next couple of months.

Throw out the I-AA game and that is very respectable.

we all are the pirates