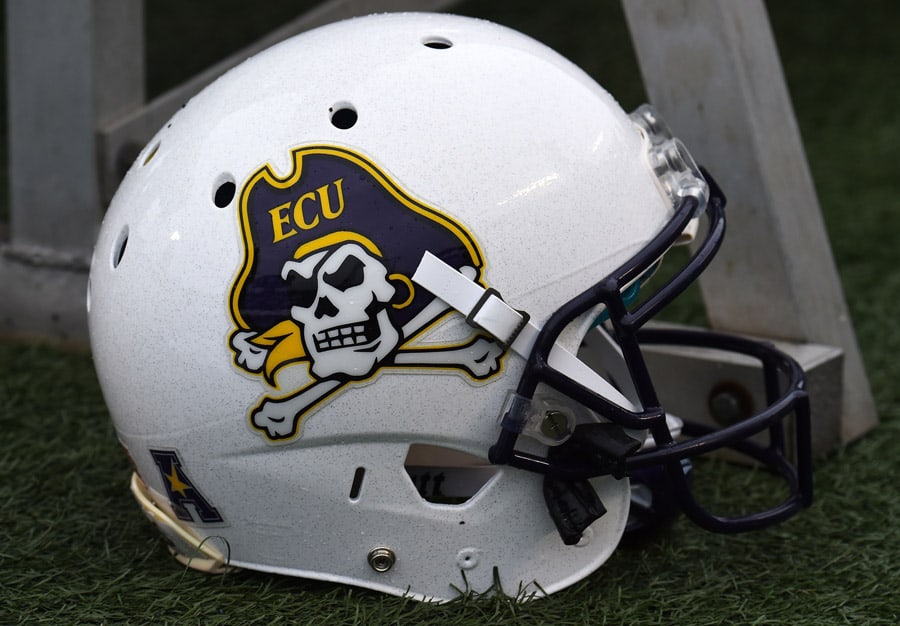 The East Carolina Pirates have completed their 2016 non-conference football schedule with the addition of a game against the Western Carolina Catamounts, ECU Director of Athletics Jeff Compher has announced.

East Carolina will host Western Carolina at Dowdy-Ficklen Stadium in Greenville on Sept. 3 to open the 2016 season. The contest will be the 31st meeting between the two schools. ECU leads the series 17-13.

Western Carolina is a member of the Southern Conference in the Football Championship Subdivision (FCS). The Catamounts finished the 2014 season 7-5 overall and 5-3 in conference play.

ECU previously announced their other three non-conference games for the 2016 season. The Pirates host NC State on Sept. 10 and then travel for back-to-back games at South Carolina on Sept. 17 and Virginia Tech on Sept. 24.

The American Athletic Conference opponents have also been released for the 2016 season. East Carolina will host UCF, UConn, Navy, and SMU and will travel to Cincinnati, USF, Temple, and Tulsa.

Yep nothing but respect for who they have scheduled OOC. Personally they are no different from UNCs or NC States football programs, other than being outside of the P5s. Hey I wouldn’t care if the ACC trade ECU for Wake Forest. Haha

And will San Jose St and/or Fresno St add an additional game?

Air Force will open with Morgan State, it was announced today by the Bears.

Imo ECU always has a schedule that can get them a top 10 final ranking if undefeated… That is new years six territory. Should skip playing FCS foes if you aren’t a P5 school though. There is no excuse for that. Try to pick up another quality foe.

It’s all about getting six home games, and revenue. ECU has such a hard time getting Power 5 schools to come to Greenville. In the past couple of years West Virginia and South Carolina have both reduced scheduling deals that would bring them to ECU to play. Virginia Tech, UNC, and NC State have regularly scheduled trips, but for the latter two it took political pressure. The NCAA really ought to pass legislation that Power 5 schools can’t schedule eight home games and four away games.

East has as good a game day atmosphere as anywhere else in the country! A great place to see a game.

ECU has always had good non-conference schedules. This is nothing new. Puts us in a position to earn respect and play for the access bowl. Should have played in it last year had we not made poor decisions at the end of the Cincy and UCF games. Looking forward to another year of ECU football. Go Pirates!

I’ve always been proud of the ECU non conference game. and I hope that we continue in the future to try to get more of the power five teams in the ECU and Greenville. ECU pirates have always been my team. GO PIRATES!!