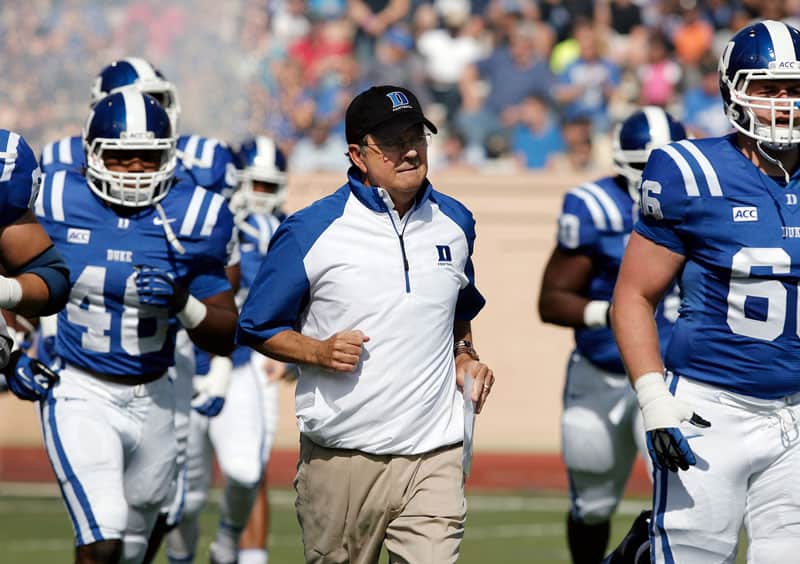 The Duke Blue Devils and the Middle Tennessee Blue Raiders have scheduled a home-and-home football series for 2024 and 2025, according to a report by Stephen Wiseman of The Herald-Sun and The News & Observer.

In the first game of the series, Duke will host Middle Tennessee at Wallace Wade Stadium in Durham, North Carolina on Sept. 14, 2024. The Blue Devils will then travel to face the Blue Raiders at Johnny “Red” Floyd Stadium in Murfreesboro on Aug. 30, 2025 (date in contract mistakenly entered as Aug. 31, 2025, a Sunday).

Duke and Middle Tennessee have never met on the gridiron. However, as Wiseman noted in his tweet, the two schools have a previously announced agreement to meet in 2019 in Murfreesboro and 2020 in Durham.

The addition of Middle Tennessee gives Duke two non-conference opponents in 2024 and four in 2025. Duke’s other scheduled game in 2024 is at Northwestern on Sept. 7.

Duke is the first scheduled non-conference opponent for Middle Tennessee for both the 2024 and 2025 seasons.

Aren’t schools more than able to play on a Sunday before the NFL season begins?

Yes, but Duke and Middle Tennessee likely aren’t going to play on on Sunday.