Duke at Virginia football game moved up to September 26 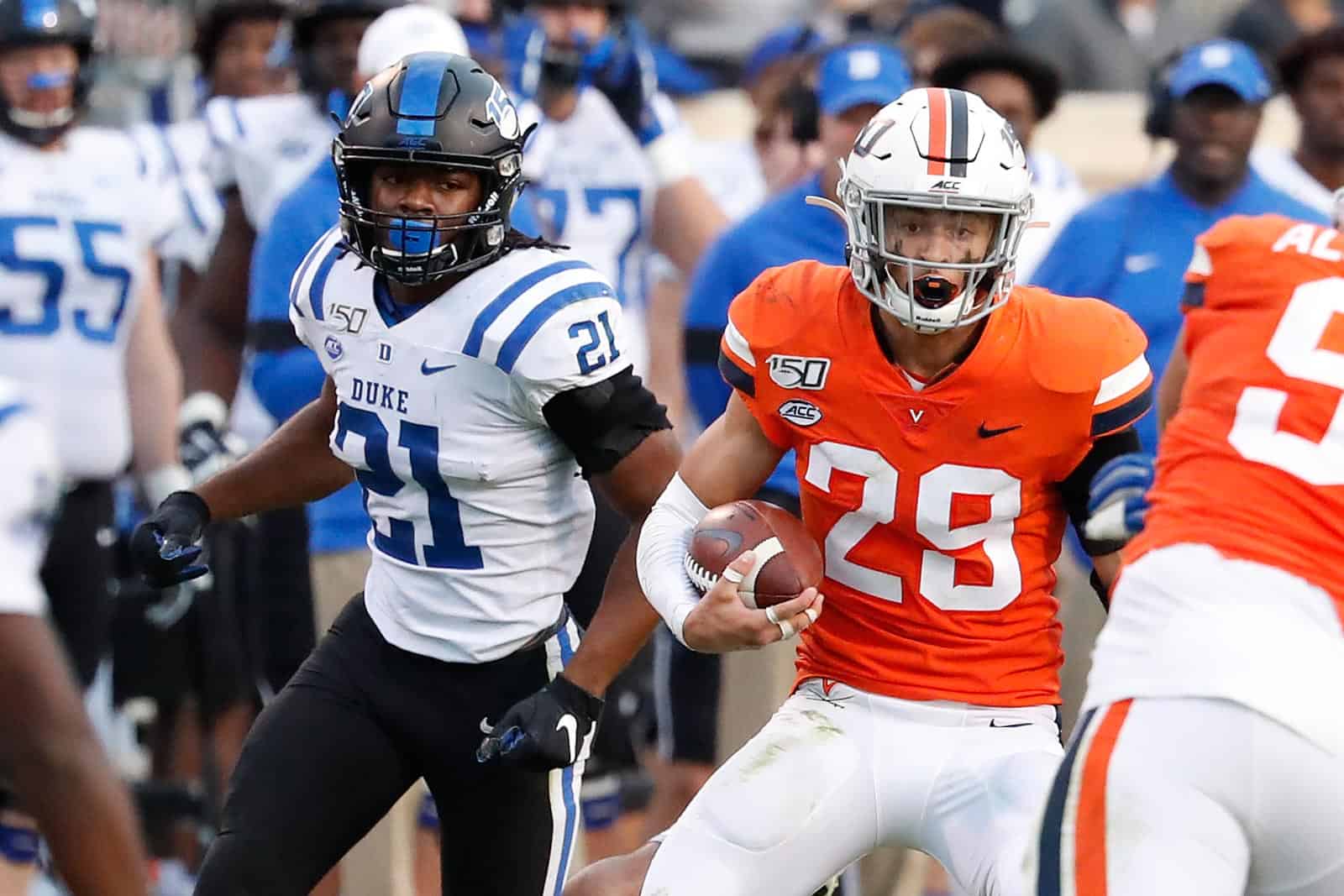 The Duke Blue Devils at Virginia Cavaliers football game in 2020 has been moved to Saturday, September 26, the ACC has announced.

The Duke-Virginia contest, originally scheduled to be played on Saturday, Nov. 14, will be played at Scott Stadium in Charlottesville, Va. The contest was moved to Sept. 26 due to the postponement of Virginia’s game at Virginia Tech on Sept. 19.

Duke and Virginia previously had open dates scheduled for Sept. 26 which allowed the contest to be moved to that date. Both teams will now have an open date on Nov. 14.

The Duke contest will now stand as the season-opener for the Cavaliers. The Blue Devils open their season today on the road against the Notre Dame Fighting Irish (2:30pm ET, NBC) and then play host to the Boston College Eagles on Sept. 19 (12:00pm ET, RSN/ESPN3).

“I appreciate the quick action taken by the ACC and the willingness of Duke University to reschedule this game,” said Virginia director of athletics Carla Williams. “It was really important for the players to have the opportunity to compete given the commitment they have shown each other and the program over the last few months.”

Duke and Virginia have met 71 times on the gridiron in a series that started back in 1890 in Richmond, Va. The Cavaliers have won five consecutive games and now lead the overall series 38-33.