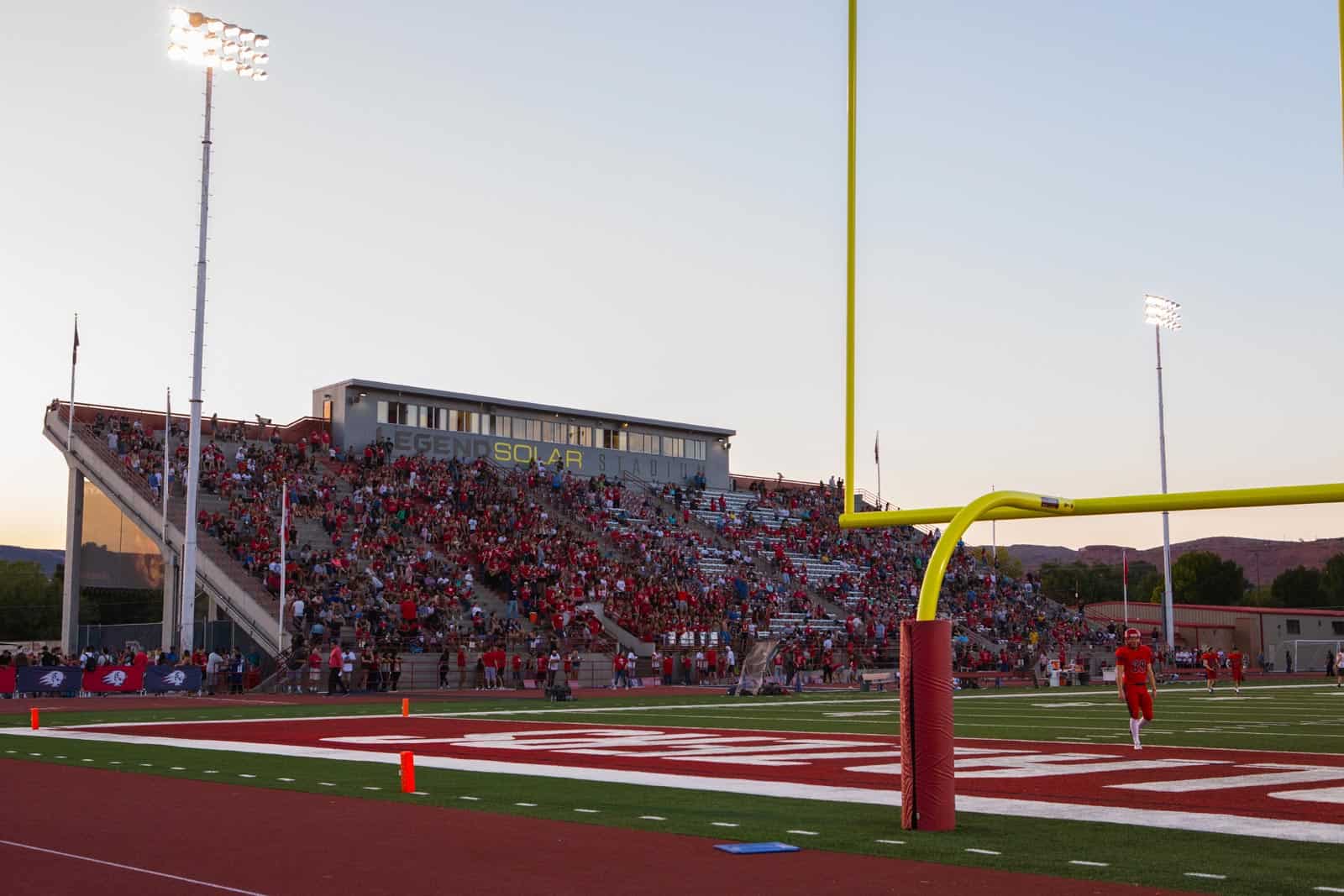 The Dixie State Trailblazers have added the Western New Mexico Mustangs to their 2020 football schedule, FBSchedules.com has learned.

A copy of the football game contract was obtained from Dixie State University via a state public records request.

Dixie State will host Western New Mexico at Trailblazer Stadium in St. George, Utah, on Saturday, Sept. 12, 2020 and the game will kickoff at 9:00pm ET/7:00pm MT. The Trailblazers will pay the Mustangs a $50,000 guarantee for the game, according to the copy of the contract.

Western New Mexico, located in Silver City, N.M., is a member of the Lone Star Conference in Division II. In two previous meetings with the Trailblazers, the Mustangs lost both contests, 26-14 in 2007, 35-3 in 2008.

Dixie State is moving up from Division II to the Football Championship Subdivision (FCS) this season and will play as an Independent.

The Trailblazers were previously scheduled to host the South Dakota Mines Hardrockers on Sept. 12, 2020. That contest will likely be postponed to another season or canceled altogether.

Dixie State is scheduled to open their inaugural season at the FCS level on Saturday, Sept. 5 when they travel to take on the Southern Utah Thunderbirds. The game against Western New Mexico the following week is their first home game as a member of the FCS.