Denver and Seattle to meet in Super Bowl XLVIII 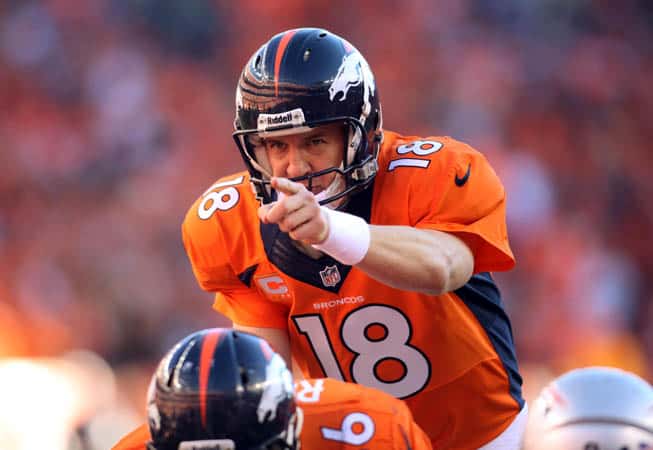 The Denver Broncos and the Seattle Seahawks will meet in Super Bowl XLVIII on Sunday, Feb. 2 at MetLife Stadium in East Rutherford, NJ (6:30pm ET, FOX).

Denver claimed the AFC title and a trip to the Super Bowl with a 26-16 victory over the visiting New England Patriots.

Peyton Manning completed 32-of-43 passes for an even 400 yards and two touchdowns to lead the Broncos. Demaryius Thomas was one of Manning’s favorite targets on the day, catching seven passes for 134 yards and a touchdown.

The Seattle Seahawks punched their ticket to Super Bowl XLVIII with a thrilling 23-17 win over the San Francisco 49ers.

Trailing 17-13, Seattle scored the decisive points two plays into the fourth quarter when Russell Wilson tossed a 35-yard touchdown pass to Jermaine Hearse on fourth down.

Then with under a minute remaining in the game, San Francisco 49ers quarterback Colin Kaepernick threw a pass into the end zone that was intended for Michael Crabtree.

But Seattle’s Richard Sherman leaped into the air and tipped the ball to teammate Malcolm Smith, who intercepted the pass and sealed the win for the Seahawks.

The victory sends Seattle to the Super Bowl for only the second time in their history. In Super Bowl XL in 2006, Seattle lost to Pittsburgh 21-10 at Ford Field in Detroit.

This should be an awesome matchup! I predicted these two teams to get in the superbowl at week one! :)

I just want to talk about Jermaine Hearse?…..or what ever that “pedestrian” NFC Champions name is….this threads garbage