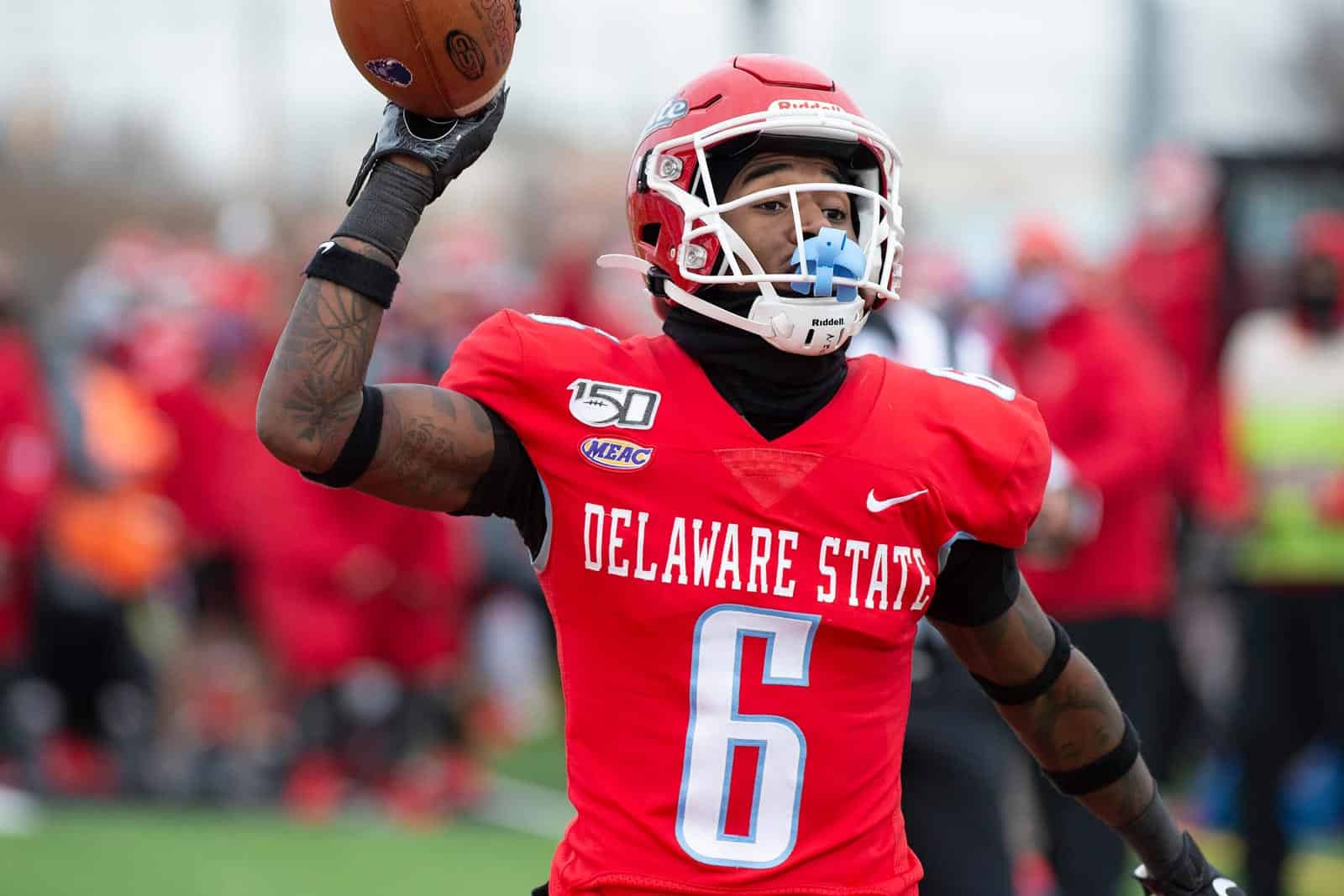 The Delaware State Hornets have added the Virginia-Lynchburg Dragons to their 2023 football schedule, according to an announcement by VUL.

Delaware State will host Virginia-Lynchburg at Alumni Stadium in Dover, Del., on Saturday, Sept. 30, 2023. The game will mark the third meeting between the two schools on the gridiron.

The Hornets defeated the Dragons 41-7 in their first matchup in 2018, and then followed that up with another victory last season, 35-19.

Virginia University of Lynchburg is a historically black Christian university located in Lynchburg, Va. The Dragons are members of the National Christian College Athletic Association (NCCAA).

Virginia-Lynchburg now has four games scheduled against Football Championship Subdivision (FCS) opponents in 2023. In addition to Delaware State, the Dragons are also scheduled to visit Presbyterian on Sept. 9, Robert Morris on Sept. 23, and Kennesaw State on Nov. 11.

Delaware State, a member of the Mid-Eastern Athletic Association (MEAC), now has four of their six non-conference games set for the 2023 season. All three of Delaware State’s other non-conference contests are on the road — at Army on Sept. 9, at Richmond on Sept. 16, and at Miami (Ohio) on Sept. 23.

In MEAC play in 2023, Delaware State will host Norfolk State, Howard, and South Carolina State and will travel to face North Carolina Central and Morgan State.

I keep seeing VU-Lynchburg scheduling FCS programs–I wonder if they are thinking about moving to NCAA D2. They might be a good fit in the Central Intercollegiate Athletic Association (CIAA), along with other small schools from Virginia and North Carolina, but their enrollment of less than 1,000 students is small even compared to those other schools.

Virginia-Lynchburg has been playing an eleven game, almost exclusively road, schedule for as long as I can remember. In fact, I don’t remember ever seeing them scheduling a home game and I’ve been tracking FCS schedules for, at least, five years. My guess is that VUL is content with their independent nomadic schedule, colleting paychecks to supply their school with money.

Interesting. I don’t live in that part of the country, so I wouldn’t know.
I guess they’ll just keep collecting checks until they feel like they can afford to have some home games. Do they even have a stadium? and do they offer athletic scholarships?

Yes, they announced after this was posted.