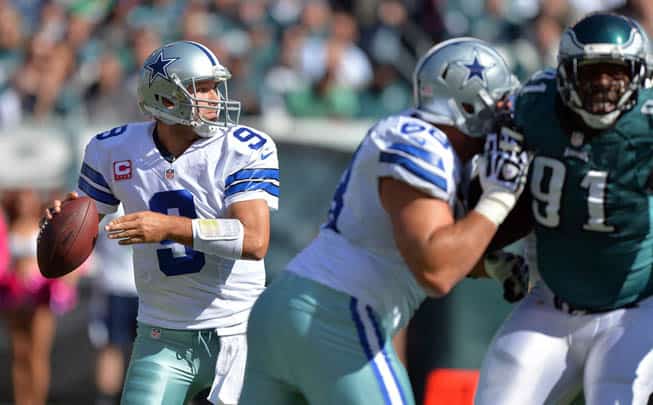 Four NFL games on the schedule for Week 17 (Dec. 29, 2013) have been moved in accordance with the league’s flexible scheduling rules.

Philadelphia at Dallas, which was originally scheduled for 1pm ET on FOX, has been moved to Sunday Night Football at 8:30pm ET on NBC.

The winner of the Philadelphia-Dallas game will take the NFC East title and earns a berth in the playoffs. Dallas beat Philadelphia 17-3 earlier this season.

Chicago was set to host Green Bay at 1pm ET, but their game time has also changed due to the Bears losing at Philadelphia Sunday night. Chicago-Green Bay will now kick off at 4:25pm ET on FOX.

The winner of the Green Bay-Chicago game will win the NFC North title and advance to the playoffs in January.