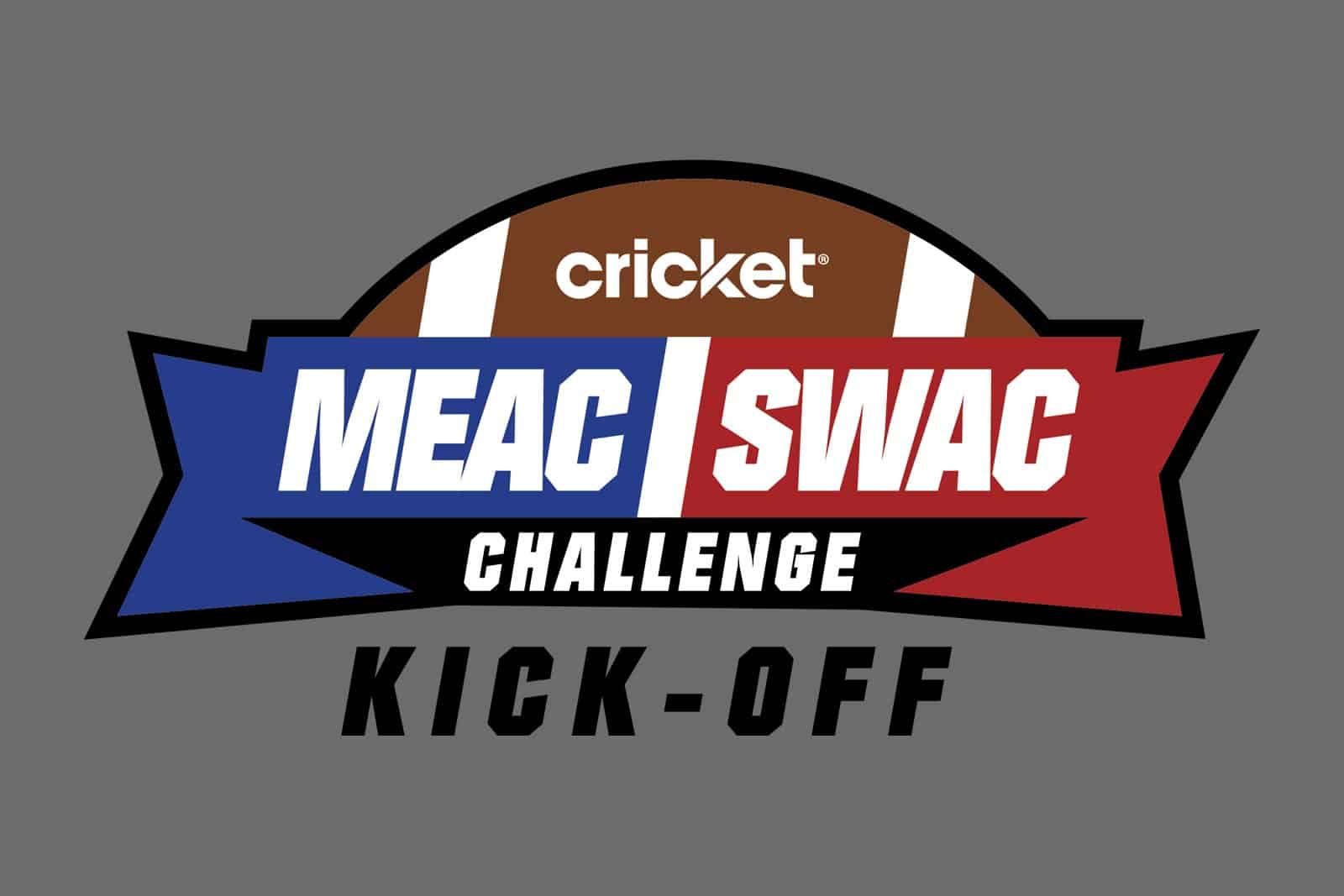 Cricket MEAC/SWAC Challenge Kickoff games have been set through the 2024 season, ESPN Events announced on Tuesday.

“We are thrilled to continue our relationship with these two incredible conferences,” said Clint Overby, vice president of ESPN Events. “The Cricket MEAC/SWAC Challenge Kickoff and Cricket Celebration Bowl have been mainstays on our Events roster, and we’ve seen tremendous growth for these storied games. We look forward to their continued success, and celebrating HBCU football for years to come.”

The 2021 Cricket MEAC/SWAC Challenge Kickoff, which was previously announced, features the North Carolina Central Eagles against the Alcorn State Braves. The game will be played in Week Zero on Saturday, Aug. 28 at Center Parc Stadium in Atlanta, Ga., and it will be televised in primetime on ESPN.

Future Cricket MEAC/SWAC Challenge Kickoff games announced today include Alabama State vs. Howard in 2022, South Carolina State vs. Jackson State in 2023, and Florida A&M vs. Norfolk State in 2024. All three games will be played in Week Zero, per the announcement.

The 2021 Cricket Celebration Bowl will be played on Saturday, Dec. 18 at Mercedes-Benz Stadium in Atlanta. The annual postseason game features a matchup of the champions from the MEAC and SWAC.

“This new deal reaffirms ESPN’s commitment to supporting HBCU college football in a real and meaningful way,” said John T. Grant, executive director of the Kickoff and Celebration Bowl. “Positioning the Cricket MEAC/SWAC Challenge Kickoff to week 0 brings national focus to Atlanta for the opening weekend of the college football season, as well as the start of Bowl Season with the Cricket Celebration Bowl. We’re looking forward to starting and ending the season with high energy and excitement around these two games.”

Why does the SWAC and MEAC not participate in the FCS playoffs? Can they not compete with the other FCS schools? I am sure that is not the case. The Kick Off event is great and hats off to ESPN. But I think the SWAC could put multiple teams into the FCS playoffs almost every season. The MEAC needs to add some teams to its conference to get an automatic bid for its conference champion.